Julius A. Dargan was born in Darlington in 1815 and acquired the property on which he built this grand home in 1839. He initially lived in a cabin-like structure already on the tract until he constructed his Greek Revival manse in 1856. 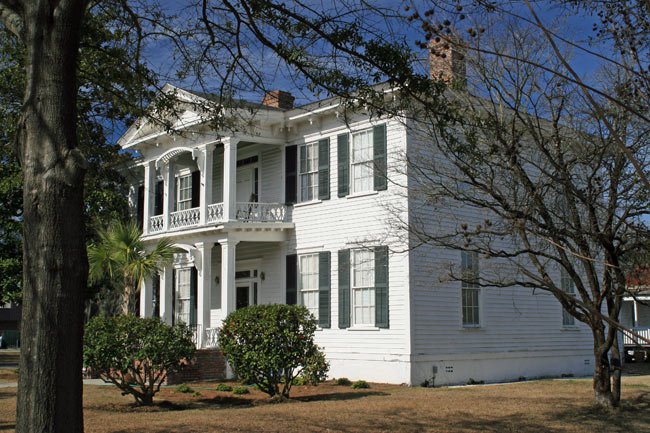 Dargan spent his life in service to the community of Darlington and to South Carolina. A lawyer, Dargan sat on the Board of Trustees for Darlington Academy and was a member of the South Carolina House of Representatives from 1850 until 1852. He signed the Ordinance of Secession in 1860 and died the following year. 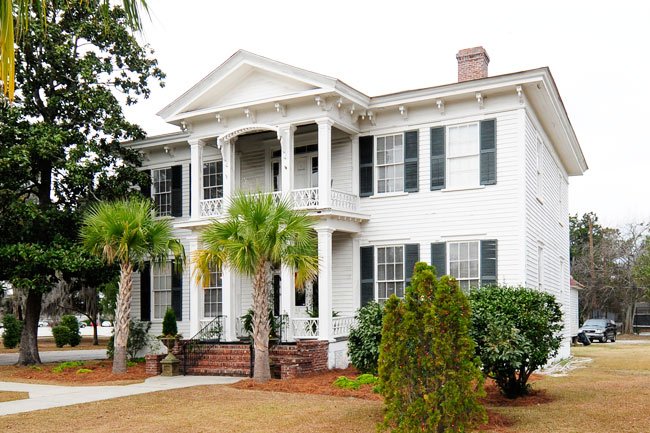 The home is one of the few intact antebellum houses remaining in Darlington. During the Civil War, Federal troops succeeded in burning the town’s railroad, depot, and warehouses, among other buildings. Fortunately, this house was spared. 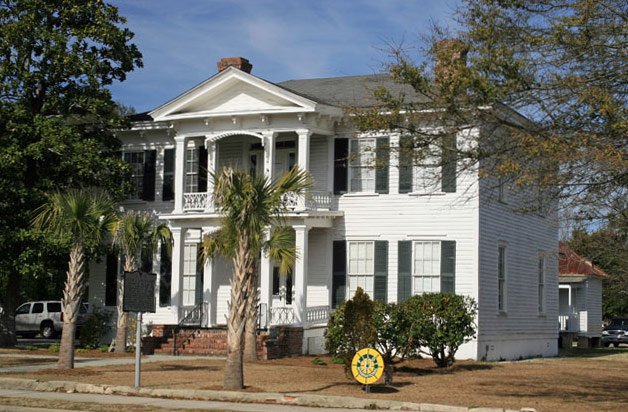 After Dargan’s death, the home was acquired by A.G. Kollock, editor of the Darlington News. It was later purchased by J.C. Stone, who managed the local Coca Cola bottling company. The Dargan House is also referred to as the Kollock-Stone House for these former owners. The city bought the house in 1999 and restored it in 2003. It currently houses administrative offices. 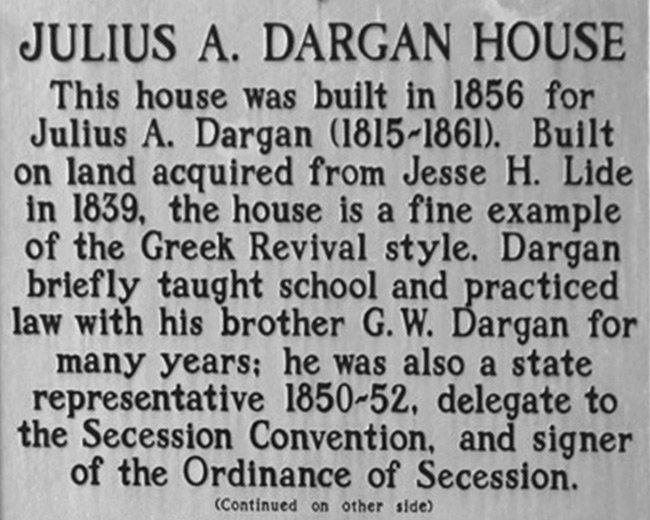 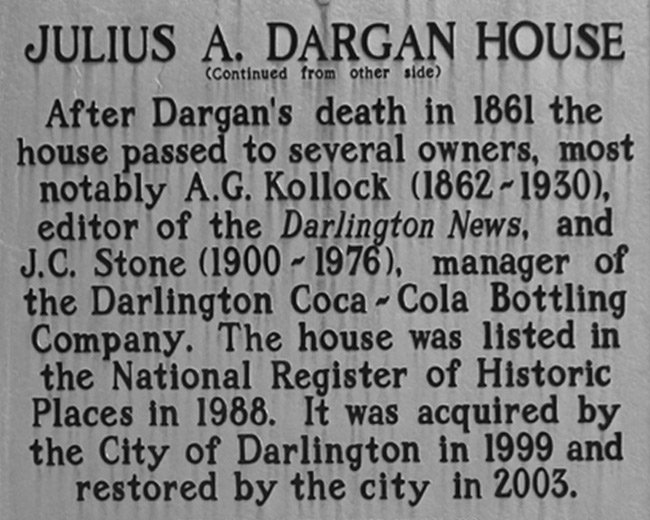 The Julius A. Dargan House is listed in the National Register:

The Julius A. Dargan House is significant as one of the few relatively intact antebellum residences remaining in the city of Darlington. The house is defined primarily by its Greek Revival two-story rectangular form, hipped roof, and two-story pedimented portico. The house, built ca. 1856, is a rectangular, two-story weatherboarded residence with interior stuccoed chimneys. The hipped roof over the main section of the building features a boxed cornice, which is decorated with pendant soffit brackets only on the south elevation.

In the center of the symmetrical, five bay façade is a two-tiered, pedimented portico with four square, paneled columns on each floor with those on either corner being answered with a like respond; on each of the two floors of the portico is an arched trellis attached to the central columns, and railings with diagonal and vertical balusters. Julius Alfred Dargan (1815-1861) was born and reared in Darlington. He was a lawyer, a member of the House of Representatives, a trustee of the Darlington Academy, and a signer of the Ordinance of Succession in 1860.