Update: The Badham House burned to the ground in the early morning hours of October 27, 2019. It was over a century old. Asleep inside were four family members, one of whom perished in the flames.

The Badham House, a Neoclassical manse located on the outskirts of St. George, was built in 1912. It was constructed for Vernon Cosby Badham, owner of one of the largest saw mills on the East Coast, and his second bride, Leila Johnston. The pair had seen a similar home on their Italian honeymoon and decided to replicate it once they returned to Dorchester County. 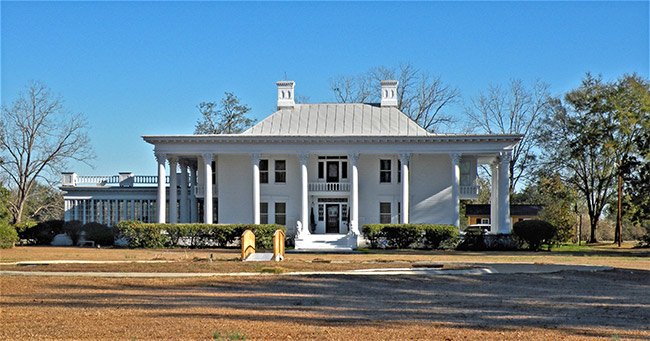 Sponsored by the Upper Dorchester County Historical Society, the following two markers were erected in 2012. We include a transcription of each side below. 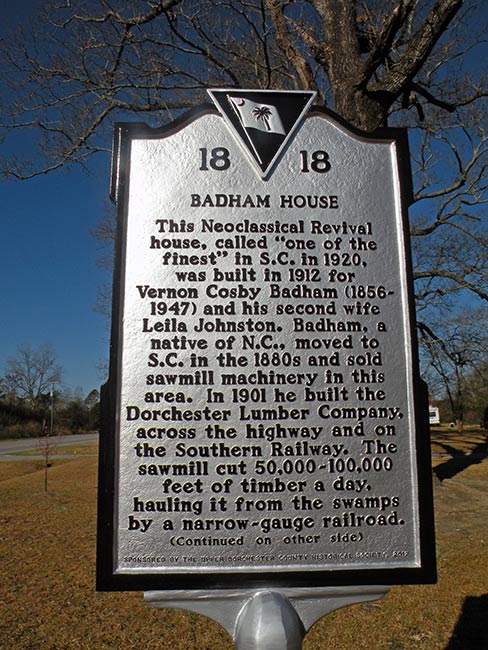 This Neoclassical Revival house, called one of the finest in S.C. in 1920, was built in 1912 for Vernon Cosby Badham (1856-1947) and his second wife, Leila Johnston. Badham, a native of N.C., moved to S.C. in the 1880s and sold sawmill machinery in this area. In 1901 he build the Dorchester Lumber Company, across the highway on on the Southern Railway. The sawmill cut 50,000-100,000 feet of timber a day, hauling it from the swamp by a narrow-gauge railroad. 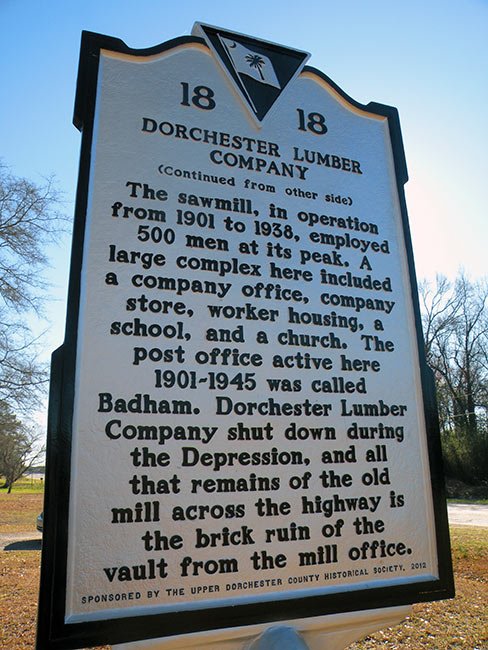 The sawmill, in operation from 1901 to 1938, employed 500 men at its peak. A large complex here included a company office, company store, worker housing, a school, and a church. The post office active here 1901-1945 was called Badham. Dorchester Lumber Company shut down during the depression, and all that remains of the old mill across the highway is the brick ruin of the vault from the mill office

Additional information exists about the Badham House, and we are searching for someone who would like to research its history and complete a survey that details its past. This person – who would “adopt” the landmark, so to speak – does not need to be a trained historian. Please contact us at share@scpictureproject.org if you are interested or have questions. You may also begin the survey directly. You will receive abiding credit for any new information you are able to share.