Guerin’s Pharmacy in downtown Summerville has the distinction of not only being the oldest pharmacy in South Carolina, but also Summerville’s longest running business. The story of Guerin’s pharmacy begins with Dr. C.F. Schwettmann, who moved from Charleston to Summerville during the Civil War to open a drugstore. However, in 1871 he sold his business to Dr. Henry Charles Guerin and moved back to Charleston. Dr. Guerin built a wooden store and house on this site. 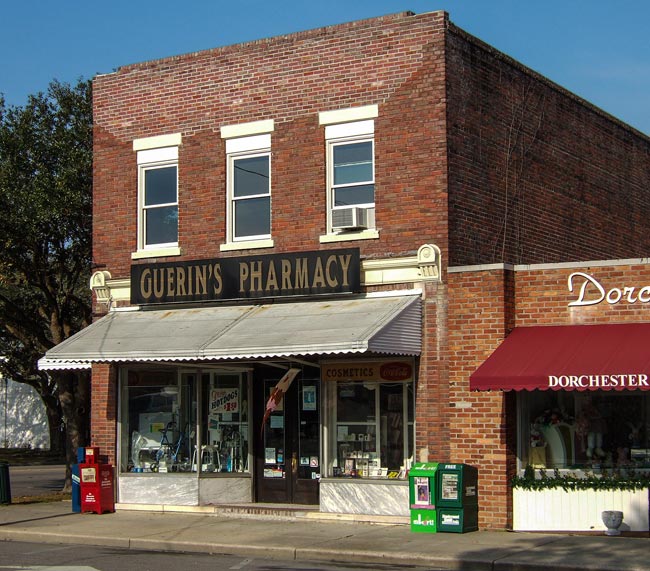 John Diskes of Summerville, 2006 © Do Not Use Without Written Consent

Dr. Joseph Guerin took over the drugstore after his father’s death and later sold it to Dr. Herbert Dunning, with whom he worked in the pharmacy. Charles Dunning, nephew of Dr. Herbert Dunning, began his career at the pharmacy at the age of 12 working for his uncle and Dr. Guerin delivering packages. In 1975 he bought the business, which is now run by his daughter, Barbara Dunning. Charles Dunning is semi-retired and works here part time. 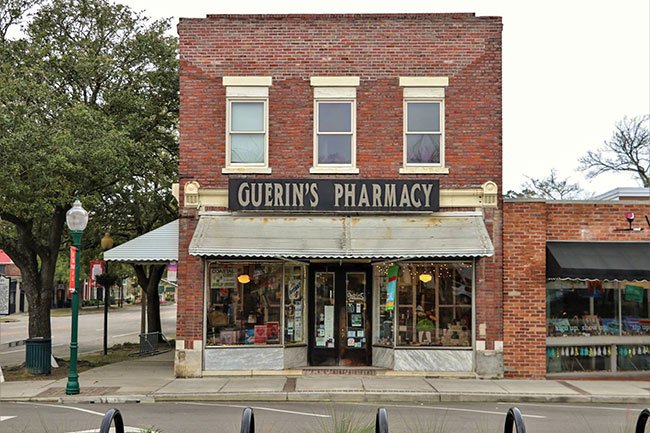 Ginger Parker of Summerville, 2019 © Do Not Use Without Written Consent

After school, particularly on Fridays, the front step of Guerin’s is often lined with backpacks from nearby school children stopping in with their friends for an icecream cone or rootbeer float.

Contributor Linda C. Shaw shares this about Guerin’s Pharmacy: “While waiting for your prescription to be filled you can have a hot dog, sip on a fountain soda, or enjoy an ice cream milk shake. History comes alive inside the shop where wooden glass cabinets hang on the back wall, colored medicine bottles line the window ledges, and decorative tin art covers the ceiling. This is a place that will take you back in time.” 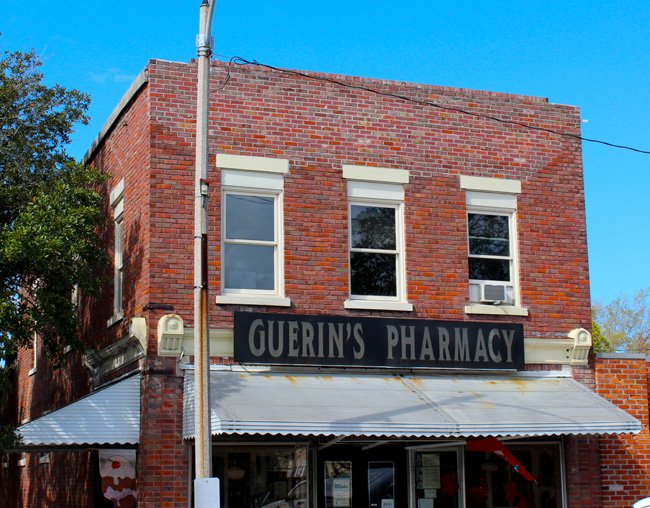 Linda C. Shaw of Summerville, 2011 © Do Not Use Without Written Consent

Summerville resident Joyce Delk says: “I cherish this place. Walking into this drugstore in 1954 for my first time there is a clear and very dear memory for me. My family was moving to Summerville, and it was the beginning of a true love affair for me for this town. I still live here in Summerville, and I get just a bit emotional every time I go to Guerin’s!”