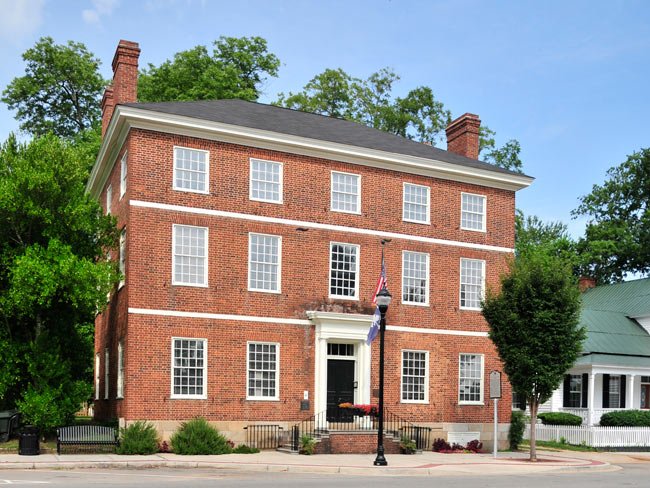 Constructed in the early 1800s as a private home, the Ketchin Building later served as a girls’ school. Since then, it has undergone numerous transitions but retains many of its original architectural details. 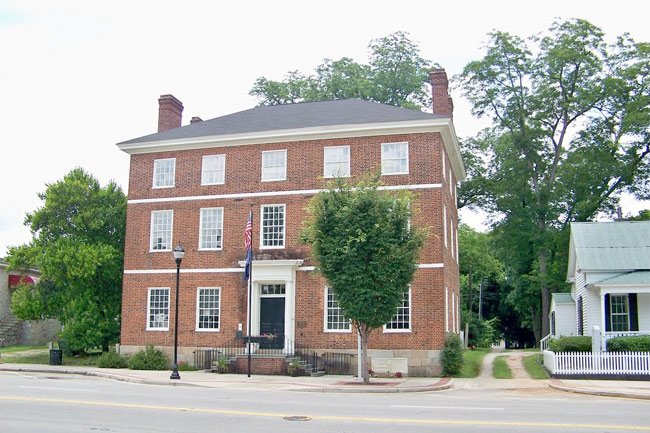 Director Pelham Lyles (who drew the picture below) and her small team of staff and volunteers are extremely helpful with their knowledge of the area, and they will gladly point out the most significant sites on a map. The museum itself houses numerous artifacts related to the history of the town and its surroundings, which date to the Revolutionary War. 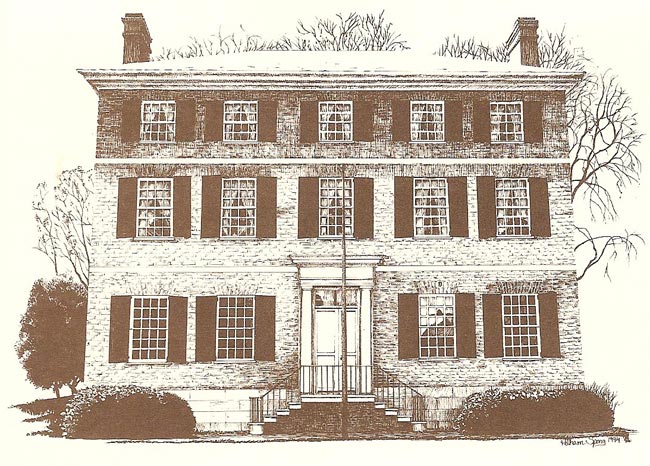 Pelham Lyles of Winnsboro, 1994 © Do Not Use Without Written Consent

The Ketchin Building is listed in the National Register:

The Ketchin Building was built about 1830 by Richard Cathcart and is a highly unusual example of Federal architecture in central South Carolina. The house was sold to George Williamson Livermore Ladd in 1852 and was used as a school for girls until closed by the Civil War. In 1862, the property was sold to Philip E. Porcher, and was again sold in 1874 to Priscilla Ketchin.

This Federal style three-story brick building is five bays wide and exhibits a hipped roof, a double front door crowned by a transom, string courses, sash windows, and hand-hammered hardware. The front foundation wall is cut granite; the others are rubbed granite, veneered with brick. The walls are eighteen inches thick to the third floor and fourteen inches thick from that point to the roof. The brick on the front wall is Flemish bond, the side and rear walls are of common bond. The flat arches over the window openings are made of wedge shaped bricks with rubbed surfaces.

All floors have central halls that extend through the house with two rooms on either side. A fireplace for each room is provided through one of the four chimneys. The plastered hallways and high-ceilinged rooms are decorated with wainscoting, cornices, and mantels with sunburst designs.