Originally called the Little River Church and more commonly known as the Old Brick Church, Ebenezer Associate Reformed Presbyterian (ARP) Church was built in the Fairfield County hamlet of Jenkinsville in 1788. Constructed in the simple meeting house style typical of early churches, Ebenezer ARP Church is unusual in that it is made of brick; most meeting houses were wood frame buildings. 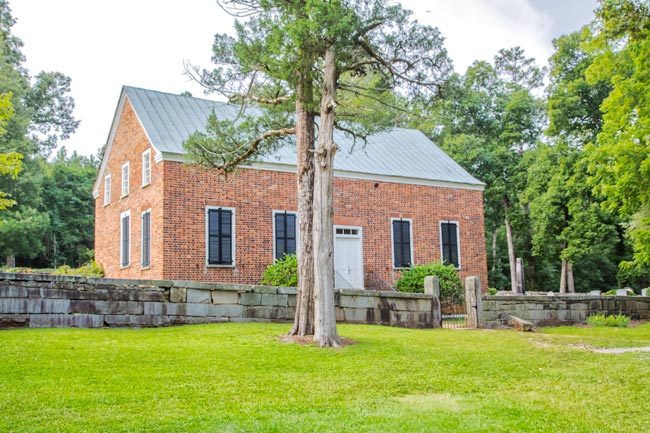 The bricks were made by church members – mostly Scots-Irish immigrants – and the quality of the structure is evident in the fact that this church remains a rare example of an intact 18th century South Carolina meeting house. 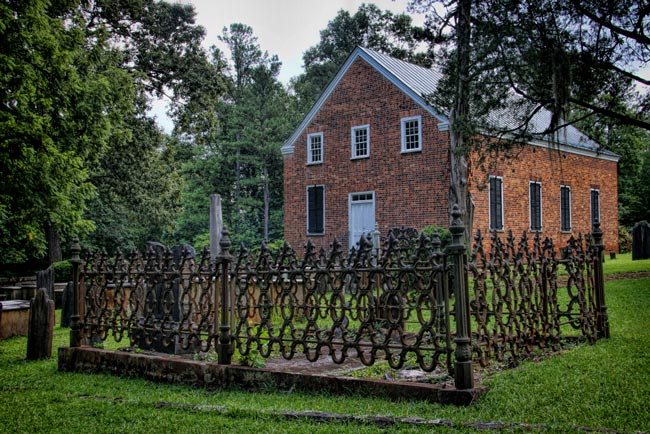 The church was founded by the Reverend James Rogers of Scotland, who brought with him the Associate Reformed Presbyterian religion. This church is the first of its denomination in South Carolina. Since this congregation was formed, several ARP churches developed throughout Fairfield County as well as the state. 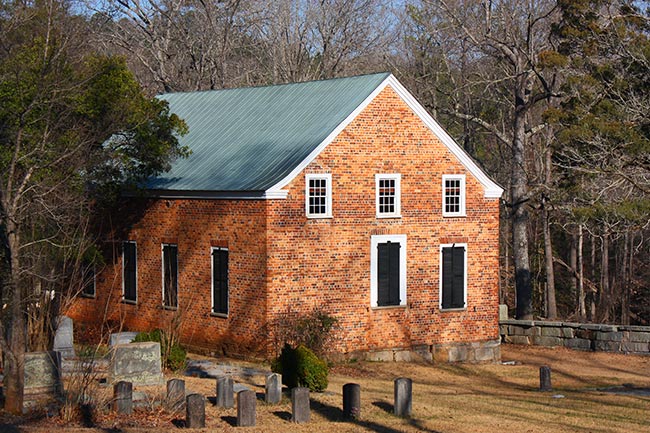 Bill Buck of Columbia, 2010 © Do Not Use Without Written Consent

The surrounding wall, steps, and foundation of the Old Brick Church were built using local blue granite block in 1852. During the Civil War the church was damaged by Union soldiers who dismantled the floorboards and used them to create a bridge crossing the Little River. 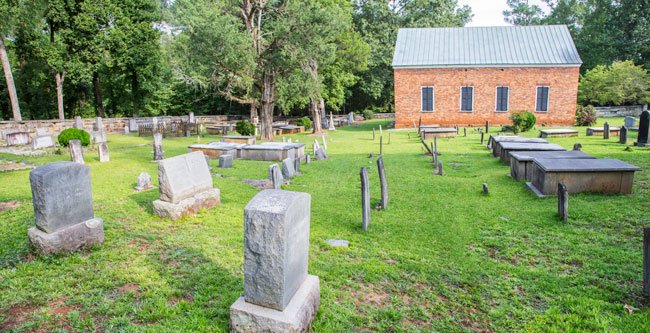 During the Civil War, a Union soldier from Sherman’s army etched this apology on an interior wall of Old Brick Church:

Citizens of this community: Please excuse us for defacing your house of worship, so much. It was absolutely necessary to effect a crossing over the creek, the Rebs had destroyed the bridge.
A Yankee. 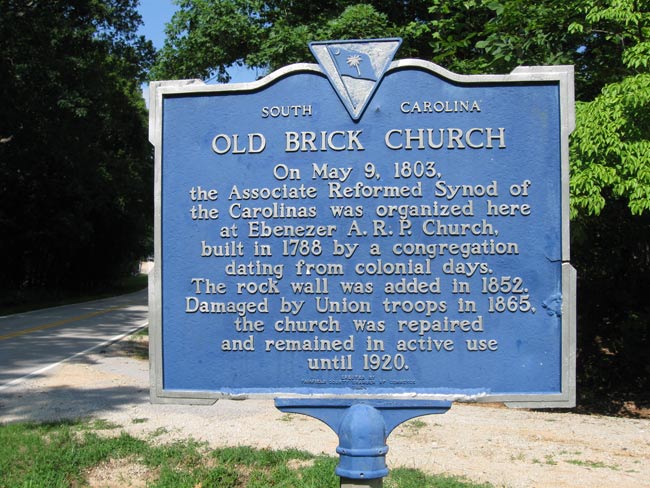 Old Brick Church is listed in the National Register as Ebenezer ARP Church:

(Old Brick Church) Built in 1788, this small, rectangular meeting house plan building is simple and unadorned, with a gable roof and unornamented windows. It is one of few eighteenth-century meeting house churches remaining in the state. The bricks for the thick masonry walls were made by members of the congregation. The simple interior contains straight-back pews, a dais-style pulpit with plain rails around two sides, and a slave gallery. The church and graveyard are surrounded by a granite wall added in 1852. This church was the birthplace of the Associate Reformed Presbyterian denomination in South Carolina. Ebenezer’s pastor, the Reverend James Rogers, first ARP Moderator, organized the Associate Reformed Synod of Carolinas here on May 9, 1803.

The church grew in numbers until the Civil War when the young manhood of the congregation joined the Confederate Army en masse. The building was damaged by Union troops, who removed part of its flooring and woodwork to rebuild a bridge across Little River. An apology, penciled in the wall, has been kept legible: “Citizens of this community: Please excuse us for defacing your house of worship, so much. It was absolutely necessary to effect a crossing over the creek, the Rebs had destroyed the bridge. A Yankee.”

The church was later repaired and remained in active use until 1920. Since that time the church has been used for annual commemorative services. The adjoining graveyard contains numerous graves of Revolutionary and Civil War soldiers. 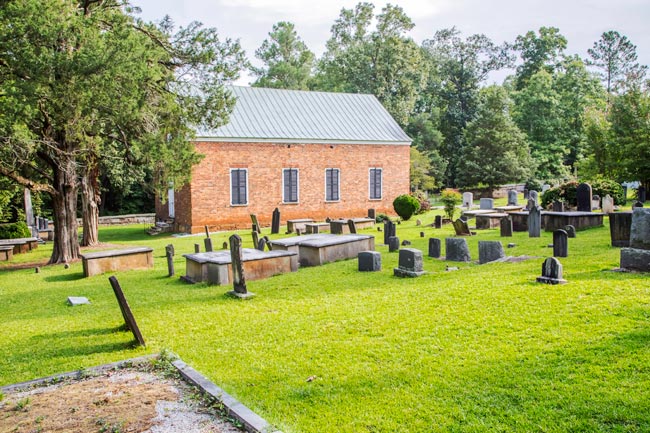 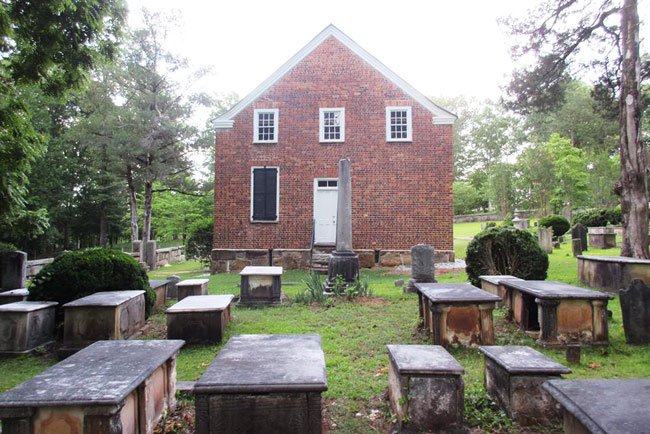 Richard B. Thomas of Laurens, 2016 © Do Not Use Without Written Consent