A lush landscape of swampy cypress provides a peaceful backdrop at Jeffries Creek Nature Park, centered around Jeffries Creek’s 55-acre watershed near downtown Florence. Jeffries Creek is a blackwater tributary of the Great Pee Dee River. An upscale subdivision surrounds the park, and the creek is vulnerable to pollution due to this adjacent development. 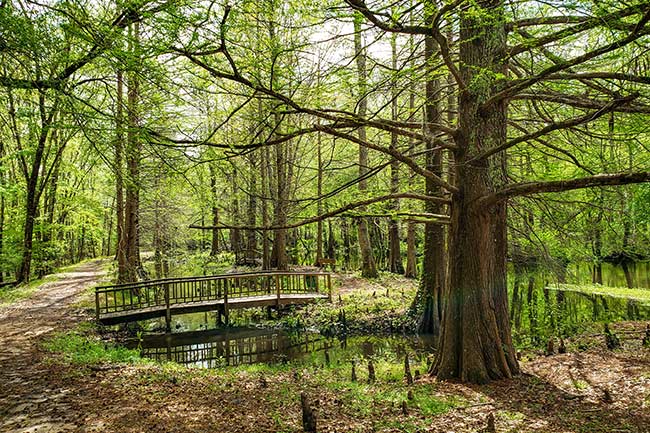 The park features a trail that follows Jeffries Creek through an imposing stand of old growth cypress. The creek winds through both Darlington County and Florence County. Beginning just below Hartsville, it is a tributary of the Great Pee Dee River. 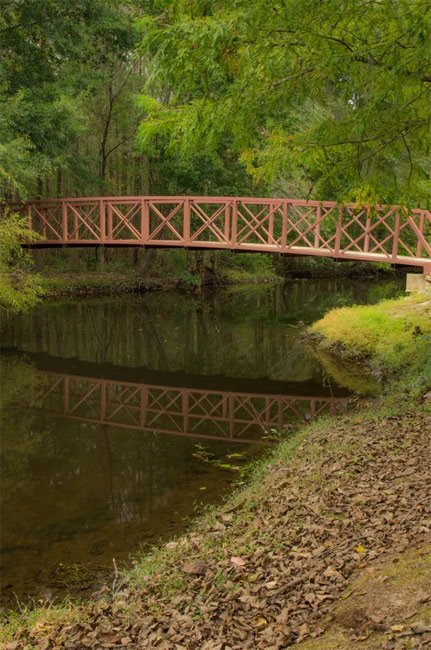 David Franks of Florence, 2013 © Do Not Use Without Written Consent

The infamous Florence Stockade, a Civil War prison camp, was built along Jeffries Creek to hold Union prisoners of war. The camp’s location was chosen for two reasons: It was near the railroad, and Confederate officers believed it would be safe from Sherman’s army. 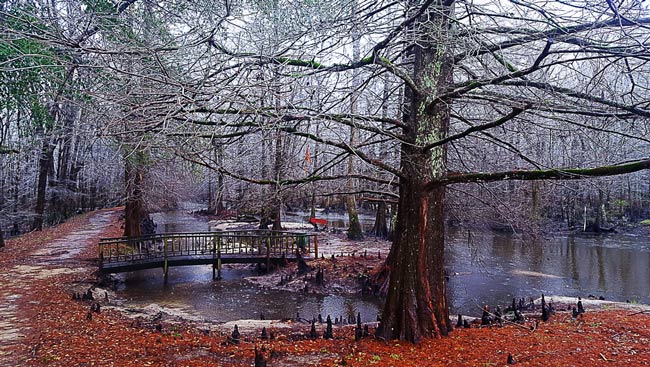 Reflections on the Jeffries Creek Park

Contributor Karen Creel, who captured the snowy shot above, shares: “Florence got a little ice from winter storm Jonas in 2016. This is a picture of Jeffries Creek from that day.”