The congregation of this church, nestled in the Mars Bluff community of Florence, formed in 1868. Like so many rural churches prior to the twentieth century, members originally met in a brush arbor before constructing a church building. However, the church did have its own minister – the Reverend James Wesley Johnson – as opposed to an itinerant circuit preacher, which was typical for rural Methodist churches. 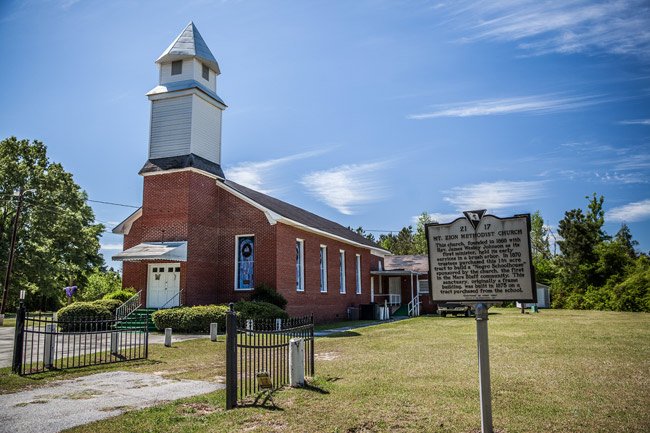 In 1870 the congregation purchased nearly two acres and used it to build a school for local African-American children. Sadly, the school burned in the early 1920s, but another school was built on its site – the Mt. Zion Rosenwald School – which the church also supported along with other donors. Though the Mt. Zion Rosenwald School closed in 1952, preservation efforts by the church and others have restored and maintained the school building, which can be seen across the street. 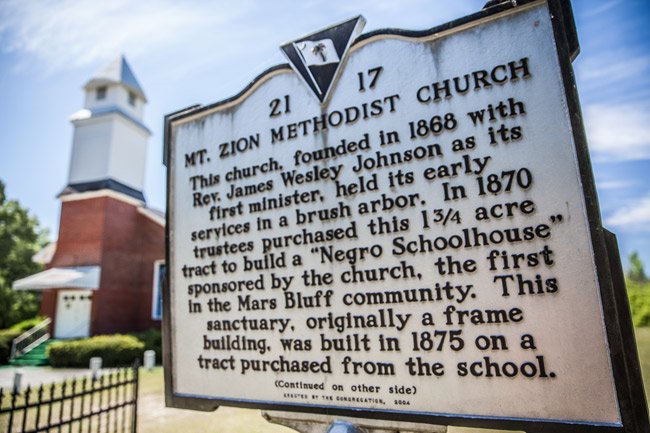 In 1875 the congregation built a frame church on a portion of land it purchased from the school. The simple church was modified in 1970 to its current appearance. Mt. Zion United Methodist Church remains active today. 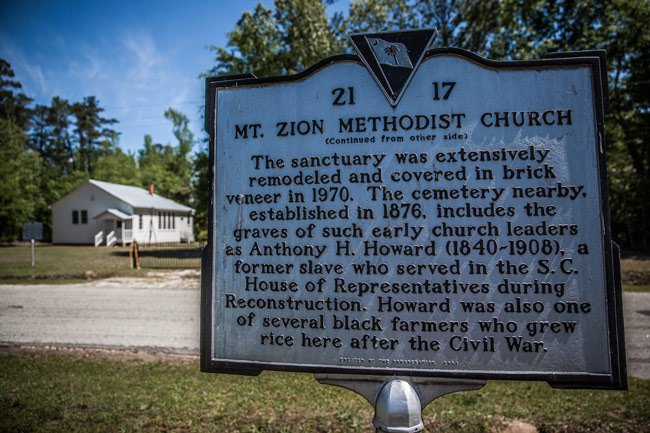