This beautiful old home is situated along the Sampit River in downtown Georgetown. The historic two-and-one-half-story frame structure has stood atop its high brick basement for over two centuries. For some years, it served as a luxurious bed and breakfast called the Harbor House; it has recently been converted back into a private residence. 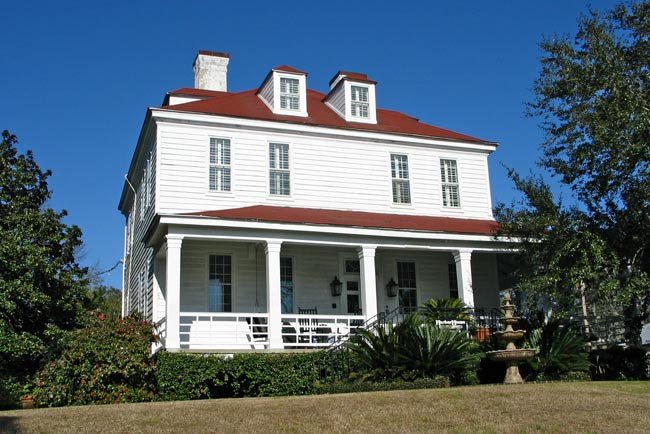 The Georgian-style home was built in 1765 for Dr. Charles Fyffe, a physician and member of the Winyah Indigo Society. Dr. Fyffe also owned a rice plantation seven miles north of Georgetown on the Black River called Ramsay Grove.

Fyffe remained loyal to the British crown during the American Revolution and faced deportation. He filed a petition stating that he treated wounded Patriots at a Loyalist refugee hospital he was in charge of in Charleston. This petition allowed Fyffe to stay in America, but he was charged a 12% fine against his estate. Fyffe, however, left America by 1786 and moved to India to practice medicine. After he emigrated, his estate was confiscated and sold at auction. Sadly, by 1791 Dr. Fyffe had fallen insane and was committed to a lunatic asylum in Calcutta until his death in May of 1810. 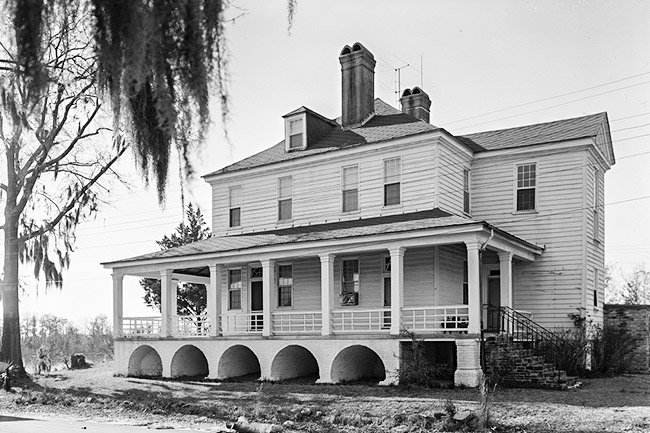 This house, like many others in the state, is said to have plenty of paranormal occurrences surrounding it. It is alleged that this is where Theodosia Burr Alston, daughter of United States Vice President Aaron Burr and wife of South Carolina Governor Joseph Alston (of the Oaks Plantation in Georgetown), stayed before she disappeared. The War of 1812 had just broken out and Theodosia was leaving aboard the boat the Patriot. The Patriot was a fast sailer and served as a privateer during the war and was loaded with supplies and headed for New York. The boat left Georgetown but never arrived at its destination. The schooner’s captain, William Overstocks, and all of its passengers were never heard from again. Theodosia is said to remain at the home where she spent her last known comfortable night. Another popular story deals with the romance of a young woman who fell in love with a sea captain. Her father did not approve of this match so they were forbidden from seeing each other. To communicate, the woman would place a lantern in the third story window of the house so the sailor could see it from the river and knew the coast was clear to come to land to see her. Once the lantern was in place she would go outside and wait for him at a predetermined location. This continued for many years until one day, the man never showed up again. Stricken with grief, the woman continued lighting the lantern and hoping for his return but that return never came. It is said that the woman became a recluse and preferred the company of her beloved dogs. One day, the dogs howled incessantly which alerted neighbors to investigate. The woman’s body was found in the floor. People have reported seeing lights from the third floor both inside and outside and shadowy figures walking around the yard. 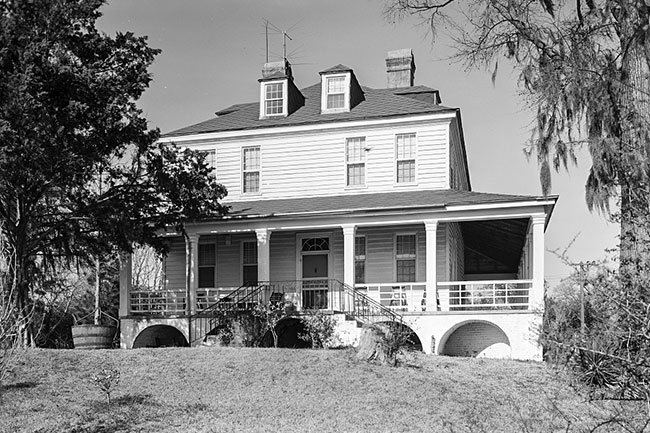 The house passed through many owners until finally landing in the hands of Herbert Tarbox who purchased it in 1936. The house remained a private residence until granddaughter, Meg, completely restored the house in 1990 and opened it up as a luxurious bed and breakfast, known as the Harbor House. The Harbor House was renovated to be able to preserve much of its original charm. The heart pine floors and eight fireplaces are still in place. Meg was the owner and innkeeper at Harbor House for many years until it closed its doors and once again became a private residence.

The Heriot-Tarbox House is listed in the National Register as part of the Georgetown Historic District: