This tiny chapel on the property of All Saint’s Church in Pawleys Island is also called Cedar Grove Chapel because it was originally built for Cedar Grove Plantation in 1850. Dr. Andrew Hassell, owner of Cedar Grove, had the chapel built for his slaves. 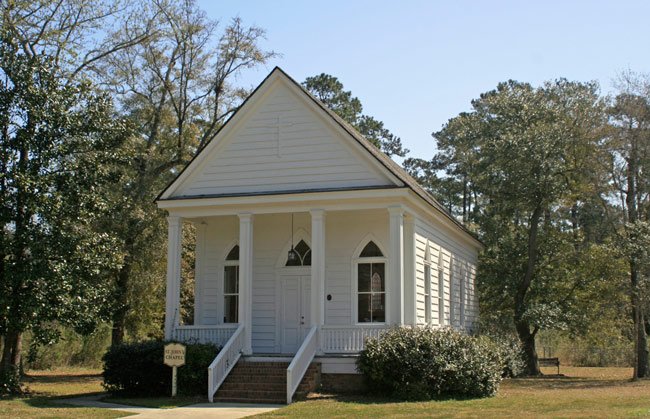 The rector of nearby All Saints Church during the mid-nineteenth century, the Reverend Alexander Glennie, took on slave ministry as part of his mission. In addition to preaching at All Saints, where local wealthy planters worshiped, Glennie regularly visited slave chapels on 13 Georgetown County plantations. He compiled his sermons into a collection and distributed them to the slaves, noting that the sermons were “written for the benefit of the Coloured portion of my flock.” 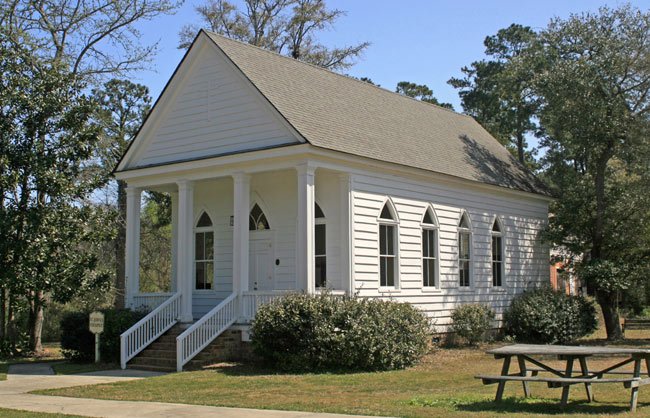 Towards the end of the nineteenth century the chapel fell into the hands of brothers St. Julien and Francis Lachicotte, who owned the property known as Waverly Plantation. It was later called Waverly Mills as P.R. Lachicotte added a rice mill, lumber mill, dairy, and other enterprises to the property. The Lachicottes donated the chapel and an acre of land to All Saints Church, and in 1898 the chapel was moved to the donated lot at the corner of Waverly Road and United States Highway 17. It served as the summer chapel for All Saints Church. 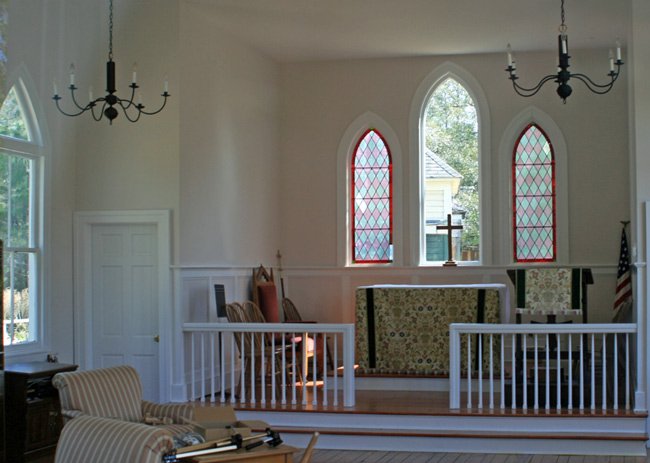 The original Waverly School that sat on Waverly Plantation was eventually moved to the property of the Pawleys Island Hammock Shops, also owned by Lachicottes, and a new school was built in 1932 that connected to the chapel. When the new Waverly School building was added to the chapel, the little church became a library and a community center. The school operated until 1947, and the church and school were then used as a fellowship hall for All Saints. At one point a store and restaurant – called the Community House – were operated from the adjoining school building. In 1960 the chapel was renamed St. John the Evangelist and once again used as a summer chapel. 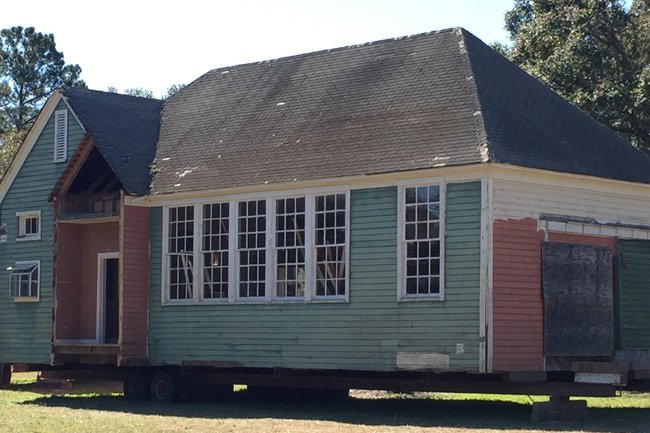 Tara Bailey of Summerville, 2015 © Do Not Use Without Written Consent

St. John’s Chapel is listed in the National Register as the Cedar Grove Plantation Chapel: