Mauldin is located in the part of Greenville County granted to settler Benjamin Griffith in 1784. The town derived its name from Lieutenant Governor William Mauldin, who served South Carolina in 1886. The lieutenant governor was instrumental in establishing a depot here along the Greenville–Laurens Railroad, which brought economic growth to the town. 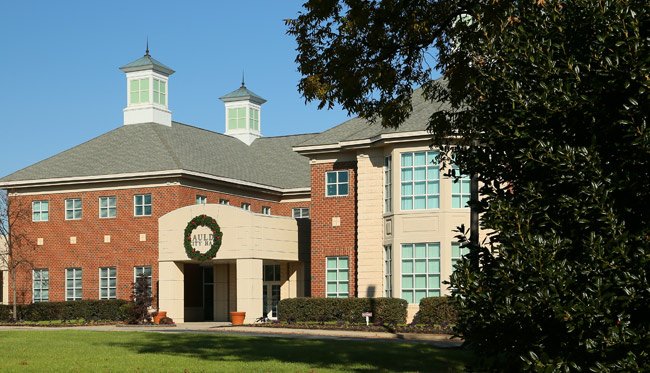 Like so many towns in South Carolina, Mauldin became desolate after the Civil War. Yet things improved for Mauldin financially with the addition of the Donaldson Air Force Base in the 1940s, and by 1969 Mauldin officially became a city. The new city hall, pictured above, was built in 2000 and reflects Mauldin’s move into the twenty-first century as a contemporary municipality.