As early as the 1790s, a mill was operating in the area along the Reedy River that would be later be called Reedy River Manufacturing and finally, in 1909, Conestee Mill – the Cherokee word for “running waters.” In the 1830s Vardy McBee – known to many as the “Father Of Greenville” for developing saw and grist mills and other businesses around downtown Greenville – purchased 295 acres in the Conestee village of Greenville, located seven miles from the city. McBee’s mechanical supervisor, an engineer and millwright from Scotland named John Adams, came with McBee to Conestee in the mid 1830s and built the dam in the 1840s. An earlier, much smaller dam likely was built prior to Adams’ construction. 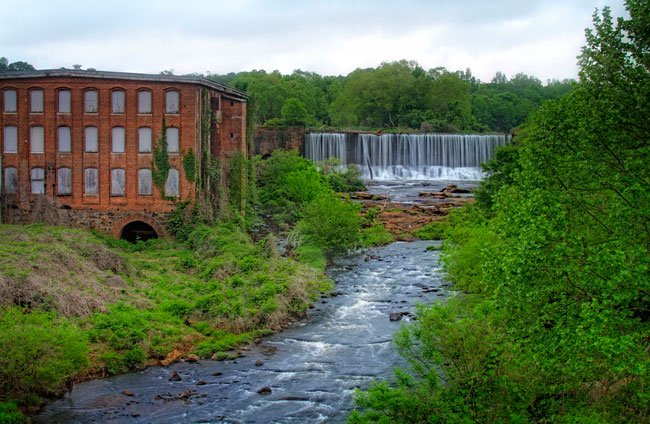 William H. Myers, III of Seneca, 2011 © Do Not Use Without Written Consent

McBee established a paper mill and textile mill here, calling it McBee Manufacturing. The village expanded, and soon McBee Methodist Chapel – also built by Adams – was added to the community in 1841. In 1862 McBee sold the mill to J.W. Grady, D.O. Hawthorn, and W. Perry. It is thought that during the Civil War, material for Confederate Army uniforms was manufactured at Conestee. The dam was rebuilt in 1892 and formed Conestee Lake, and the mill continued operations throughout the mid-twentieth century. 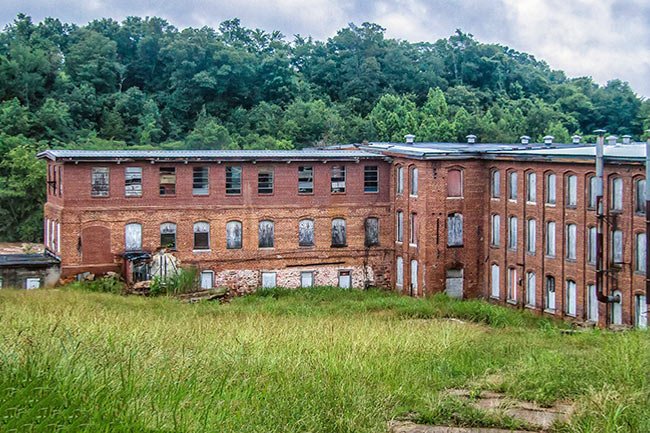 JoAnne Keasler of Greenville, 2018 © Do Not Use Without Written Consent

The mill did not cease production until the early 1970s. Hyman Brand purchased the former mill and its buildings shortly after the mill foreclosed in 1978. Brand is hoping to sell the buildings for redevelopment. The mill was added to the National Register in 2014 as well as the dam and parts of Lake Conestee Nature Park. 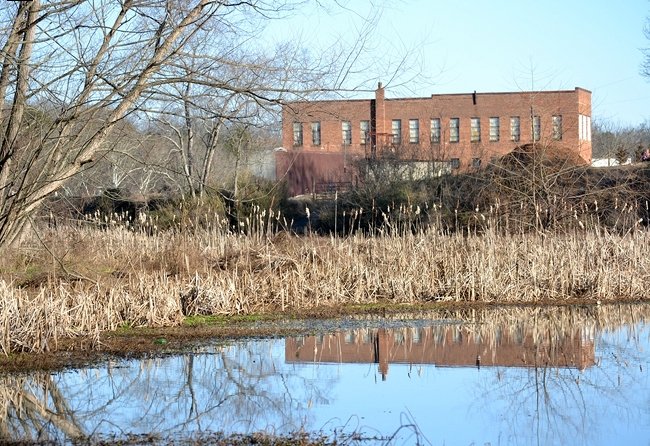 Rhonda Eaton of Piedmont, 2013 © Do Not Use Without Written Consent