Reedy River Falls is located in Falls Park in downtown Greenville. Visitors can enjoy the beautiful landscaped gardens, a scenic walk over the Liberty Bridge, and of course, the picturesque Reedy River. 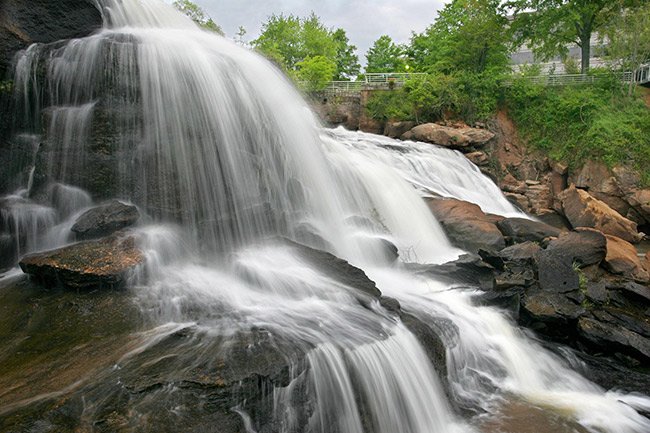 John R. Harrison of Greenville, 2018 © Do Not Use Without Written Consent

Cherokee Indians lived in what is now Greenville long before any European settlers arrived. In 1773, Richard Pearis – one of the first white settlers in the area – purchased land along the Reedy River from the Cherokee chiefs so that he could operate his grist mill there. 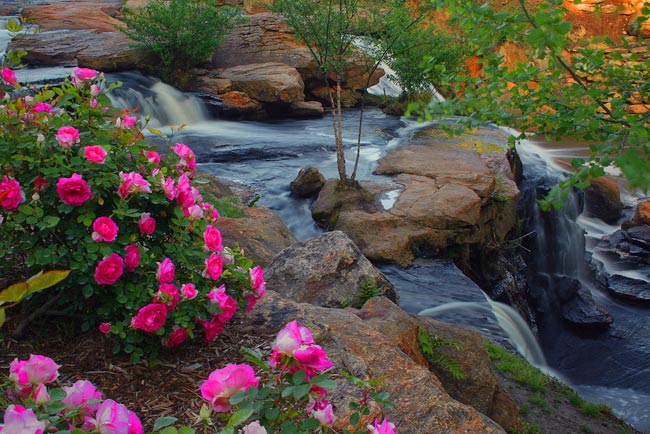 Ralph Mayer of Lexington, 2008 © Do Not Use Without Written Consent

Furman University bought the land in 1852, and three textile mills were built along the river during the early 1900s. Unfortunately, these mills greatly contributed to the pollution and deterioration of the Reedy River. 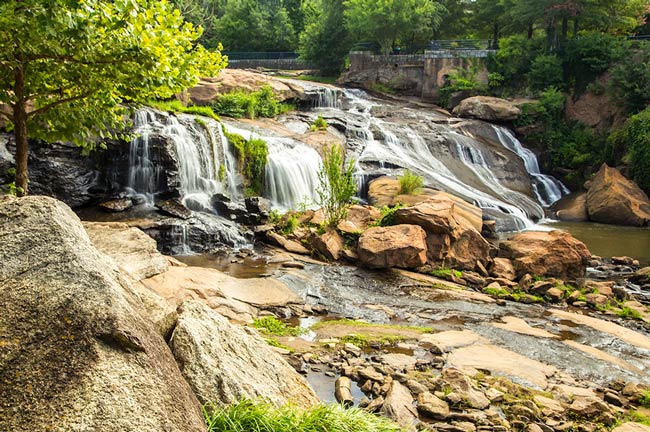 The Carolina Foothills Garden Club bought the land in 1967 and turned it into a 26-acre park. The Garden Club and the City of Greenville worked with corporations as well as state and federal agencies to clean up the river and park, and to restore the historic Falls Cottage. In 1990, public landscaped gardens and the Liberty Bridge were added, which transformed Falls Park into a regional attraction. 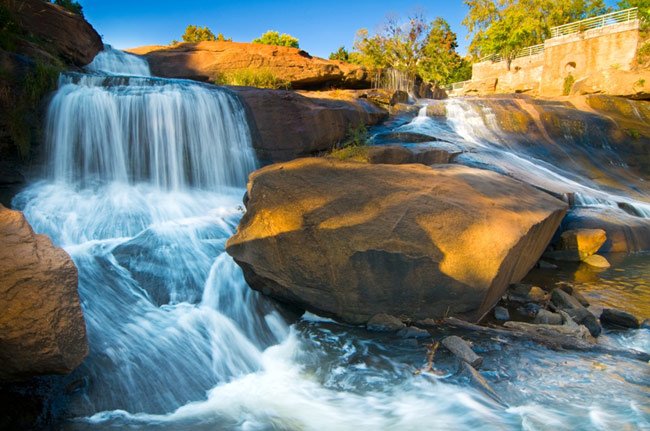 Josh Jones of Greenville, 2008 © Do Not Use Without Written Consent