Ketchup Town, or Ketchuptown as it is most often spelled (despite being two words on the sign), is an unincorporated farming community located in Horry County at the intersection of South Carolina Highway 23 and South Carolina Highway 99, ten miles north of Aynor. The town’s unusual name has an interesting story behind it. 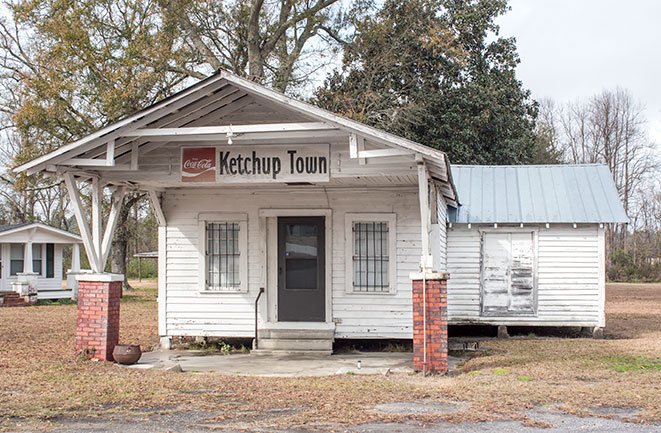 In 1927, Herbert “Hub” Small purchased an acre of land from Lewis Gerrald for $100. He built a house and a small store there, where he sold food, ice, clothes, and hardware. (A small building that was once used to store the ice still stands today. It was delivered from Mullins periodically during the week.) The store was popular among area farmers because long-distance travel was difficult at that time. The roads were not yet paved, and people traveled primarily by wagons and buggies. 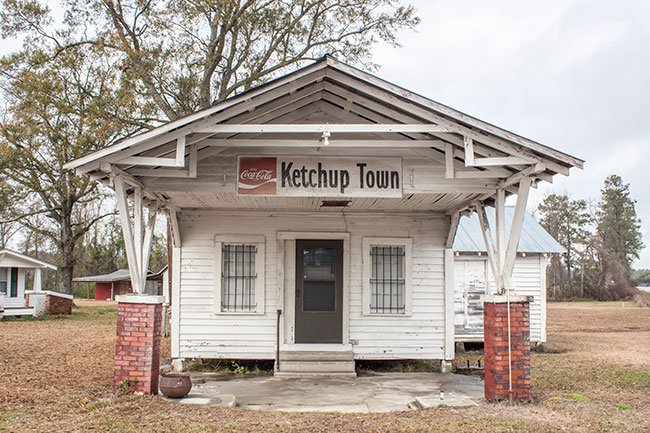 In addition to providing basic staples, the store also offered people a place to meet and talk. Farmers who lived nearby would meet at Small’s store to “catch up on the news.” An stand of live oaks across the road made a good place to tie horses and mules, and in time, a Saturday afternoon tradition of “catching up” took hold. 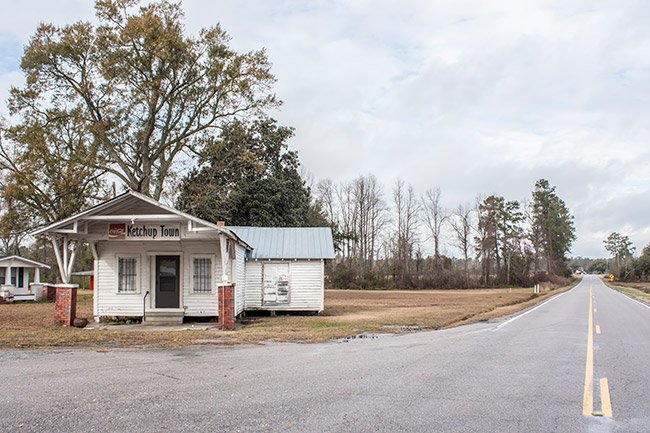 Small and his wife, Blanche Stroud Small, had four young children. Their daughter, Ruth Marie Small Ham, who lived in Ketchuptown all her life, recounted to the Horry County Historical Society her childhood fascination with the letter K. In an essay on Kethuptown’s history, written in third person, she says, “As the children grew older, each took turns working in the store. While Ruth worked, she always had a pencil and paper in her hand. She liked to sketch a pretty ‘k’ and would often write the word ‘Ketchuptown.’ As time passed, the spelling just seemed to conform.” 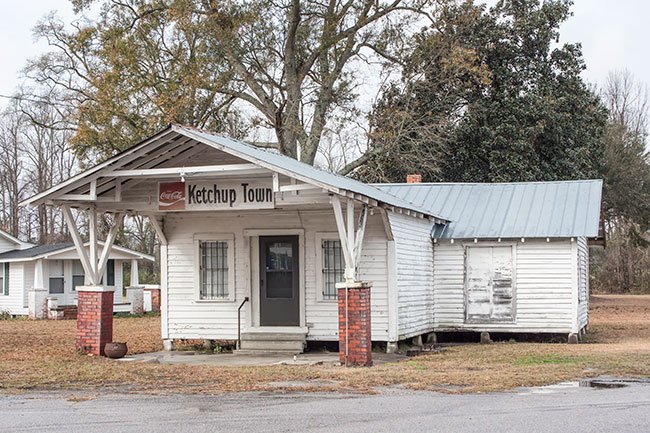 Ketchup Town received electricity in 1939. Hub Small died in 1949, at the age of 55, and his wife continued to run the store. The dirt roads were paved shortly thereafter, in 1949 or 1950, and people began traveling to Conway, Loris, and Mullins for their needs instead of shopping at the local store. Eventually it closed, but this does not mean that Ketchuptown ceased to exist. It is still home to 75 people! 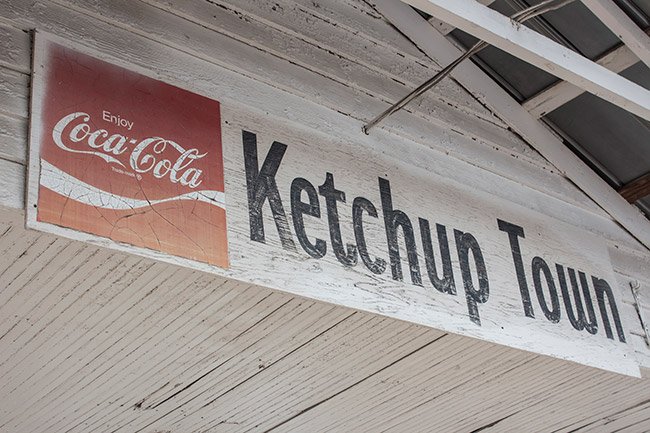