This antebellum home in Boykin was built around 1850 as part of the Boykin Mill complex. According to family lore, the house, which was much smaller when it was built, served as a home for the overseer of the mill. Boykin’s Mill, as it was originally known, was established in the eighteenth century and processed flour and corn. It also became as a cultural hub for the surrounding rural community. The road to Charleston passed by the millpond, bringing farmers to the mill to trade both stories and goods. By the time this house was built, several buildings related to the mill stood on the Boykin property. Today, many of those historic structures remain standing, including the Millway House. 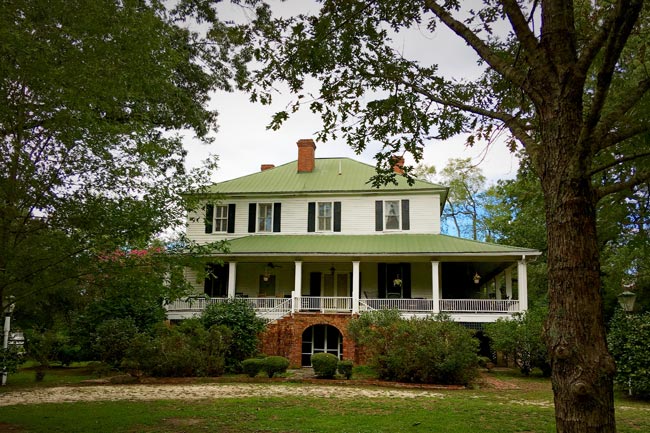 The mill’s proximity to a main road as well as the railroad placed the property in the way of Union troops during the Civil War. Confederate soldiers had brought rail cars from nearby Camden in order to protect them from Union soldiers who were destroying railroads and rail cars at the end of the war. When the Union troops reached Boykin, Confederate soldiers released the dam to flood the road. Subsequently, a skirmish erupted, and Lieutenant Edward Stevens of the 54th Massachusetts Infantry was fatally shot by 14-year-old Burwell Henry Boykin. Lieutenant Stevens was the last Union soldier to be killed in action. The battle is known as “Potter’s Raid,” as the Union troops were led by General Edward E. Potter. 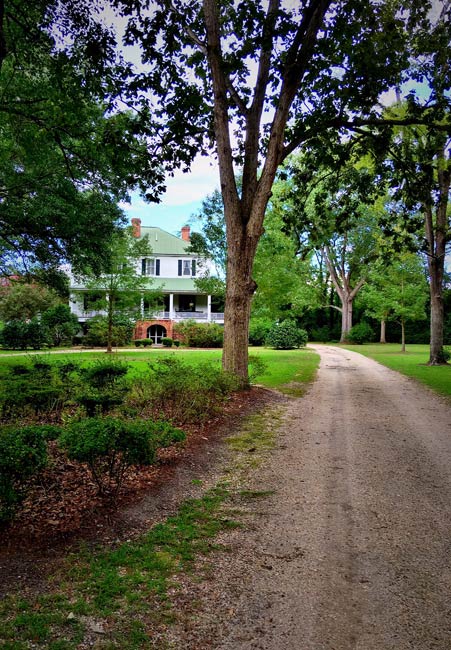 The owner of the Millway House during the time of the raid was Alexander Hamilton Boykin, Jr. It was originally one-and-a-half stories tall with two rooms on each floor, though Alexander Boykin, Jr. enlarged it after the war by building a rear addition to the first floor and an entire second floor; he also added a new staircase and porch. Twentieth-century modifications were made to the home, including the addition of a den and a new kitchen. 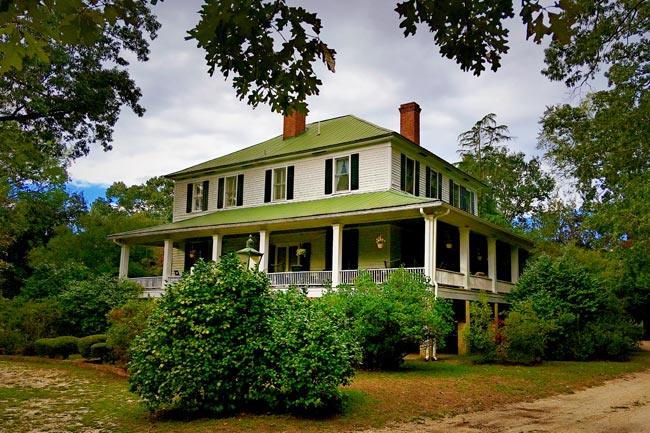 The house has remained in the Boykin family since it was built. The home’s most recent resident, Alice Boykin, died in August of 2016. She was responsible for restoring much of the historic Boykin Mill Complex, including the mill itself and Swift Creek Baptist Church.

The Millway House is listed in the National Register as part of the Boykin Mill Complex:

(Mill Tract Plantation) Boykin Mill Complex is a central locale that has historically been important in the life of rural Kershaw County. At present, “Boykin Mill” denotes a community which consists of an old post office (ca. 1875), an old general store (ca. 1905), a ca. 1905 grist mill, mill pond, mill dam, gates, and canals. The community also includes an early nineteenth century Greek Revival style Baptist church (ca. 1827), one mid-nineteenth century residence, three twentieth century residences (ca. 1935) built for mill workers, and a smoke house. A Civil War battle site is also a part of the Boykin Mill community. The battle at Boykin Mill took place on April 17, 1865. The importance of these sites revolves around the large mill pond on Swift Creek. The pond dates to at least 1786, when it was platted for Robert English, who was apparently the first grantee of the mill pond tract. A succession of saw and grist mills has been located on or near the dam to the pond since that time.