Our Lady of Perpetual Help, located on Lyttleton Street in Camden, offers unusual architecture for its surroundings. Where most of the buildings in the historic district are Federal or Classic Revival, this church was built in the Spanish Mission-style. It was dedicated in 1914. 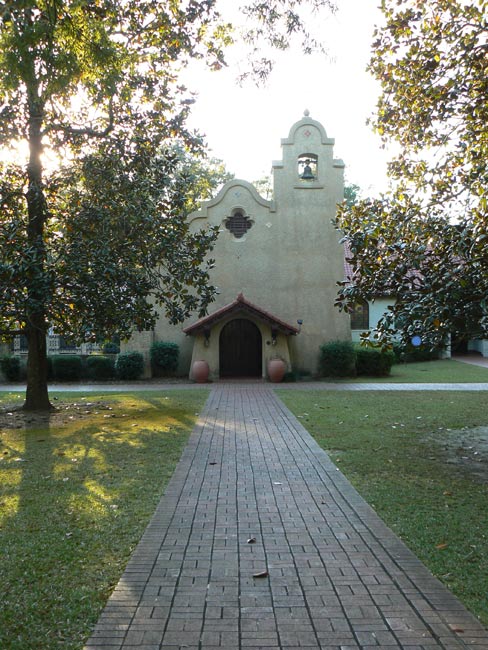 The church began when a woman by the name of Charlotte Thompson moved from Baltimore to a home just outside of Camden called The Terraces. Thompson had recently converted to Catholicism while visiting Rome, Italy, and received the sacrament of baptism while there. 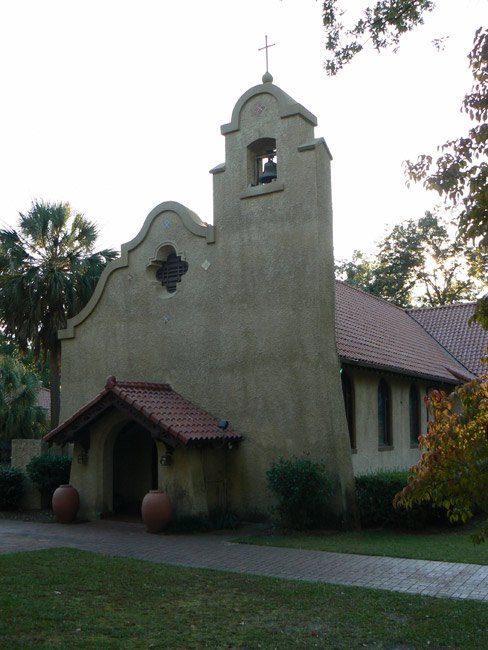 She soon helped fund the creation of a new Catholic church that bore the same name as the Italian one in which she had been baptized. The altar is comprised of Italian marble, and a replica of the painting inside the namesake Italian church hangs above it.

Our Lady of Perpetual Help is listed in the National Register as part of the Camden Historic District:

Architecturally and militarily significant, Camden was a center of activity in both the Revolutionary and Civil Wars, and its architecture reflects the two centuries of its growth. The city was named in honor of Lord Camden, British champion of colonial rights. In 1774 wide streets were laid off in a grid pattern. The town expanded northward as shown in a 1798 plat. The plat set aside six parks which formed the basis for the city’s present 178 acres of beautiful parkland. Most of the original town was destroyed by the fire of 1813. This accelerated growth northward to the Kirkwood area, north of Chesnut Street.

Originally, the houses in this area were summer cottages, but by 1840 Kirkwood was a year-round residential area of handsome mansions and elaborate gardens. Many of the mansions were built around the cottages, which still survive at their core. Contributing properties are mostly residential but also include public buildings, a church, and a cemetery. Camden’s architecture is classically inspired and includes examples of Federal and Classical Revival, in addition to cottage-type, Georgian, Charleston-type with modifications, and mansion-type houses. Several of the city’s buildings were designed by noted architect Robert Mills.

Plan Your Trip: Our Lady of Perpetual Help

Our Lady of Perpetual Help Map