The Andrew Jackson State Park in Lancaster showcases a museum to highlight the childhood of our nation’s seventh president. Andrew Jackson grew up in this area, which was originally called Waxhaws — named for the Waxhaw Indians who once inhabited the land. 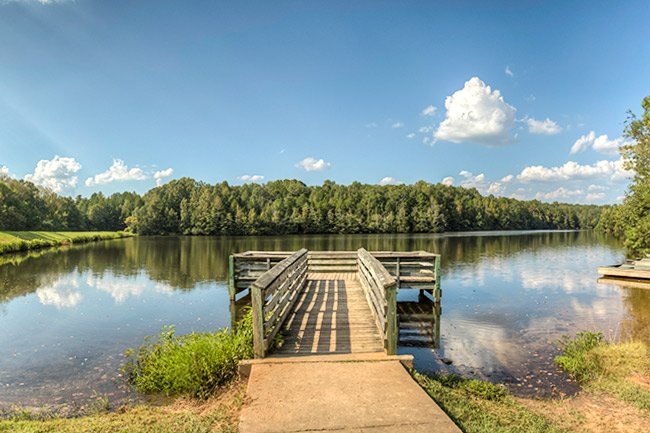 Jim Dollar of Indian Land, 2017 © Do Not Use Without Written Consent

In addition to the museum, the park features an 18th-century schoolhouse replica, an amphitheater, a campground, hiking trails, and fishing and picnicking areas. The schoolhouse, pictured below, is a replica of a one room schoolhouse that would have existed during the time of Andrew Jackson. The idea behind the structure is to allow visitors to envision what life would have been like during the the American Revolution. 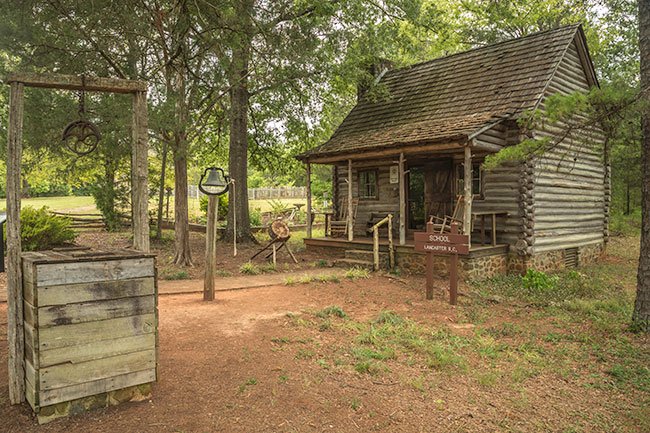 Maxi Farnsworth writes, “This striking statue of President Jackson was completed in 1967 by renowned sculptress Anna Hyatt Huntington (creator of Brookgreen Gardens). He is depicted as a 16 or 17 year old on a farm horse. This piece, entitled The Boy of the Waxhaws, was dedicated just after her 91st birthday. She granted a request from a local sixth grade class to create a statue of their local hero.” 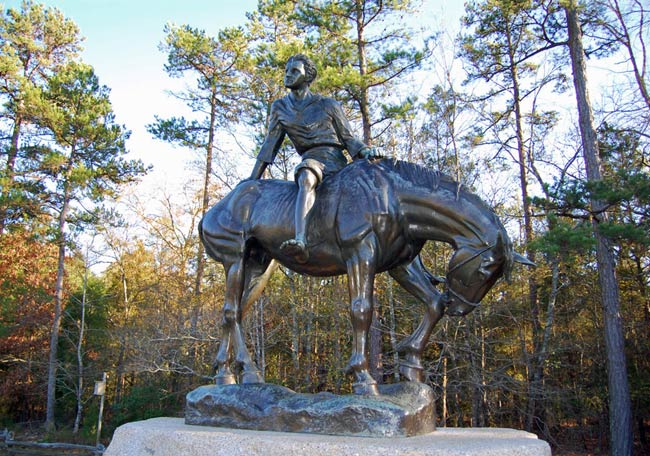 Maxi Farnsworth of Taylors, 2009 © Do Not Use Without Written Consent