This three-room schoolhouse along a rural road in Batesburg-Leesville is the second building to house the Poplar Springs Academy. The first was a one-room structure built in either 1877 or 1878 near the present school. A half-acre of land was donated for the school by Daniel Senn in 1877. 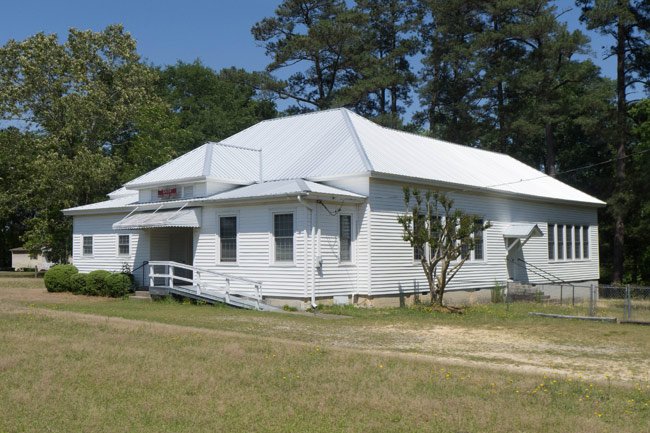 A budding Lutheran congregation began holding Sunday school in Poplar Springs Academy soon after it was built and continued to meet in the school until the group formally organized in 1901 and built its own church in 1903. The church is located about 75 yards from the original schoolhouse.

The first schoolhouse was eventually replaced with this three-room building, which served local students until area schools were consolidated in the early 1950s. In 1953 Enon Lutheran Church purchased the school for use as its Christian Development Center. Now called the Enon Development Center, the schoolhouse continues to be a place of spiritual nurturing. Enon Lutheran Church, which stands next to the school, has undergone several modifications since it was first built, significantly altering its appearance. A stone marker signifying the location of the first schoolhouse, not far from this school building, stands on church property.