Yellow blooms blaze against a midnight-blue sky in the canola fields of Marion County. The Pee Dee region of the state is the newest hotspot for growing canola, a seed developed from cross breeding Brassica napus and Brassica rapa. The resulting seed was introduced in 1974. 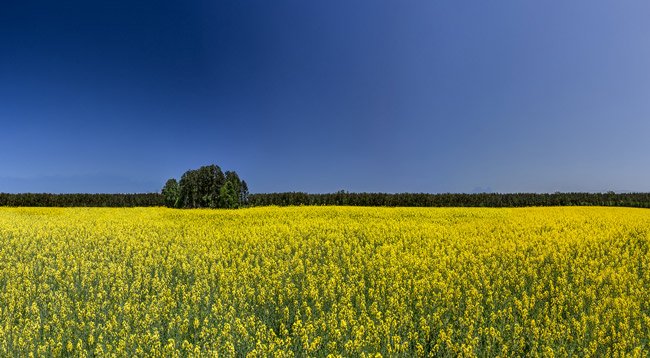 Prior to this development, the parent seed from which the oil is derived – called rapeseed – was not permitted for cooking use in the United States because it is dangerously high in erucic acid. However, the discovery of cross breeding Brassica varieties led to a new seed which replaced high levels of harmful erucic acid with oleic acid, making the new oil the healthiest vegetable oil on the market. The initial cross breeding was conducted at the University of Manitoba in Winnipeg; thus the product was called “canola” for “Canadian oil.” Canola hit the United States market in 1986. 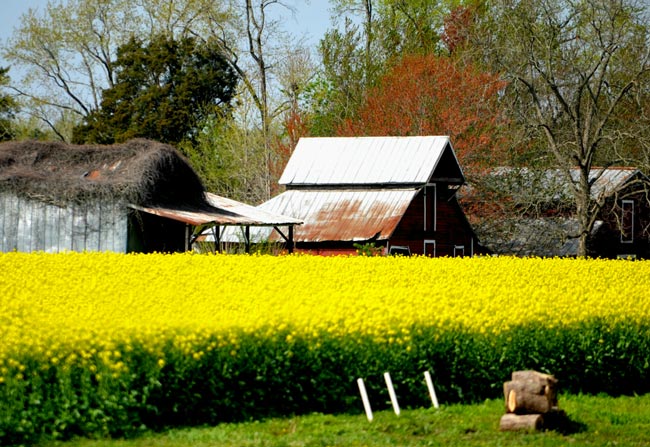 Tammy L. Craven of Charleston, 2015 © Do Not Use Without Written Consent

The southeastern United States has a climate suitable for growing the seed, and along with corn, soybeans, and wheat, it is now planted and harvested on farms in South Carolina. The crop has become especially popular in the Pee Dee thanks to a Bowersville, Georgia, canola processing facility that is commissioning the harvest of this seed, which grows well with the other crops grown on Pee Dee farms. Not only do the seeds thrive in the Pee Dee, but the canola actually is said to improve the soil structure of the land, yielding larger crops of soybeans and wheat. The above photo shows a crop growing in Dillon County.

Since canola contains less saturated fat and more unsaturated fat than any other vegetable oil, it is proving to be a profitable cash crop for South Carolina.

Contributor Tammy L. Craven shares of her above photo: “My way of relaxing during the time my dad was really sick was finding beautiful flowers, barns, and more to photograph. I left my home to go stay with my parents to help them. Dad passed away in February of 2015. This photo of a gorgeous canola field was taken a couple of months after that.”