J.W. Bracknell & Son was part of a thriving hub in Plum Branch – named for a nearby stream called Plum Branch – when it opened in 1902. In fact, it is said to have been the largest mercantile between Greenville and Augusta, Georgia. 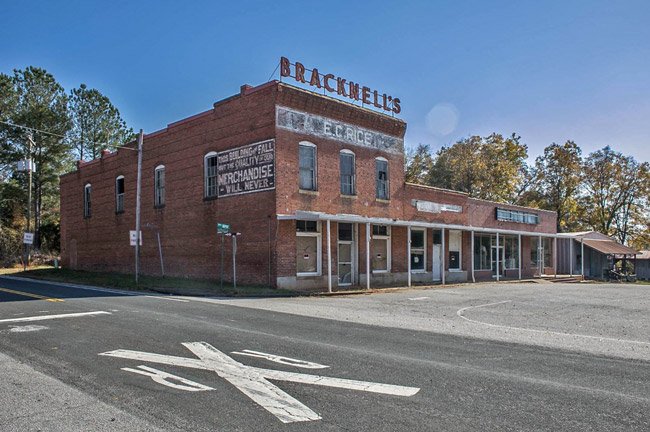 The original proprietor was John William Bracknell, who also became president of the local bank at the age 18. Bracknell’s Store remained a family business for decades; Bracknell’s grandson, John William “Bill” Bracknell, II, was the last to run the business. He served as a Democratic delegate in New York in the 1970s, and his name is inscribed on a separate building located to the right of this store. In the intervening years, the store was tended by the younger Bill’s father, John Luther Bracknell. 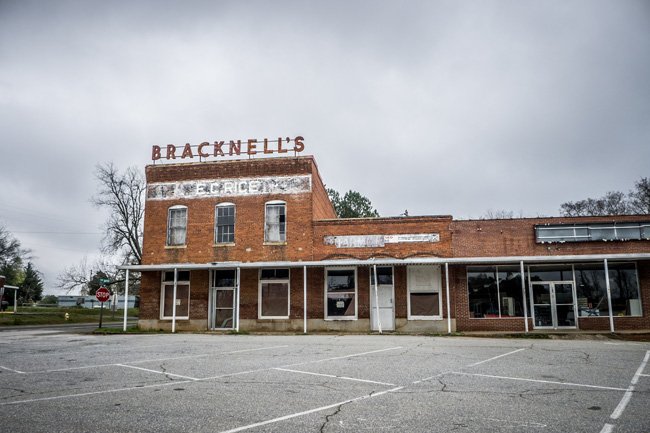 Interestingly, the name painted on the store is not Bracknell’s but E.C. Rice. Bracknell’s marches across the roofline in large, free-standing capital letters, while E.C. Rice stretches out in white block script below it. An Edwin C. Rice Jr. did live in Plum Branch from at least 1939 through 1967, and his father helped found First Baptist Church in neighboring Greenwood County in 1875. So far that is all we have been able to learn. 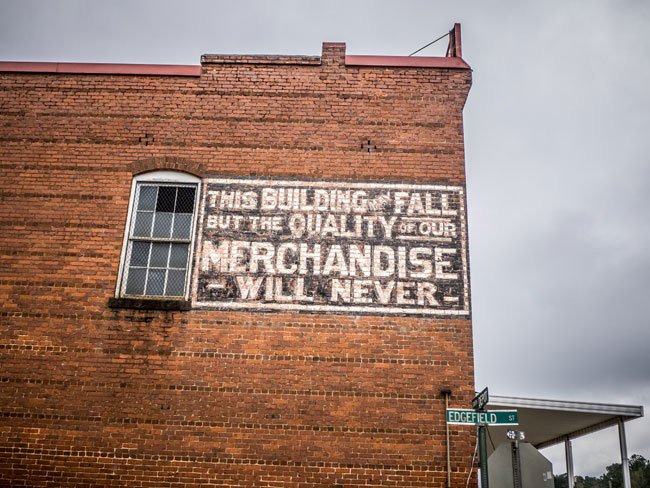 Bracknell’s sold everything a Plum Branch resident might need. It was divided into four parts. On the bottom floor were women’s clothing, men’s clothing, and a supermarket. On the top floor were appliances. A sign painted on the side of the store says, “This building may fall, but the quality of our merchandise will never.”

The front of Bracknell’s runs parallel to the railroad tracks, right in the center of town. Locals spent much of their time and money here until the store finally closed in the 1980s. It was then converted into a family-style restaurant and now operates as an enclosed flea market.

Today McCormick County, a 40-miles drive from the nearest interstate, has the smallest population in the state at just 10,000 people. Retirement homes and outdoor recreation are the mainstays of its economy. Strom Thurmond Lake and the surrounding Sumter National Forest – which together cover 93 percent of the county – draw people to the water and the woods. The streets of Plum Branch, with a population of under 100, remain quiet.

In an effort to document the history of J.W. Bracknell & Son, we are including the following resources. The first is an ad that appeared in the Greenwood Index-Journal on September 29, 1977. It highlights an upcoming auction. The second is a wonderful article published in the Greenville News on April 19, 1976. Written by Jim McAllister, it documents Bracknell’s history through the eyes of Plum Branch residents. A full transcription can be found below. 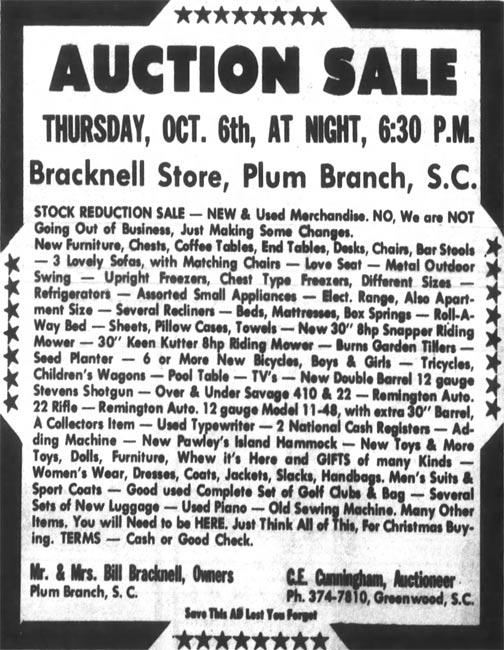 The Greenwood Index-Journal, September 29, 1977 © Do Not Use Without Written Consent

The Greenville News, April 19, 1976 © Do Not Use Without Written Consent