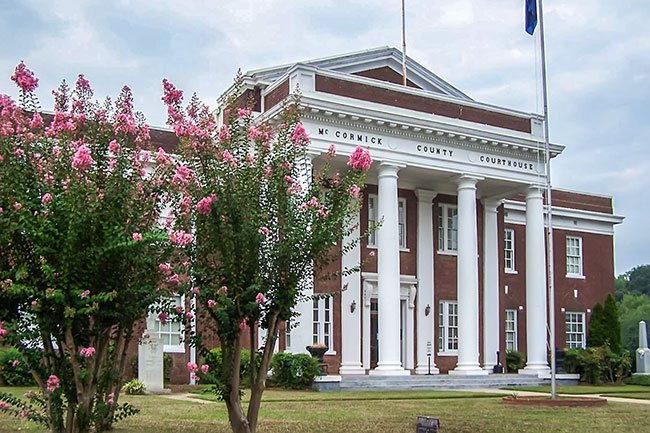 Areas of land from surrounding Edgefield County, Abbeville County, and Greenwood County were joined to form McCormick County in 1916. The county was named after Cyrus Hall McCormick, who was an inventor during the late 1800s. 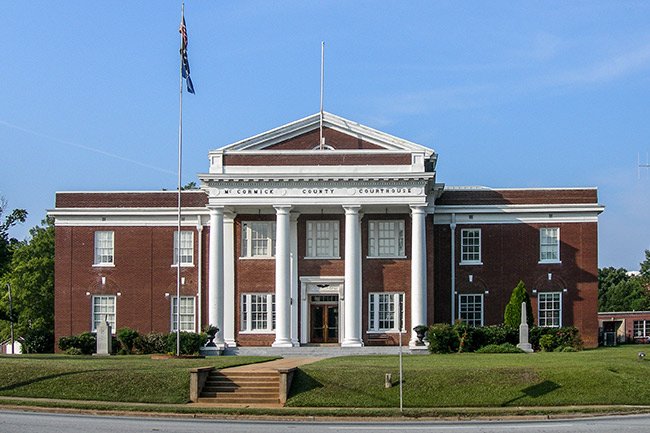 Jimmy Emerson of Dalton, Georgia, 2006 © Do Not Use Without Written Consent

A granite marker located adjacent to the courthouse commemorates the soldiers of McCormick County who fought during the Civil War. The marker reads:

This monument perpetuates the memory of those who, true to the insects of their birth, faithful to the teachings of their fathers, constant in their love for the South, offered their lives and fortunes in the performance of their duty. 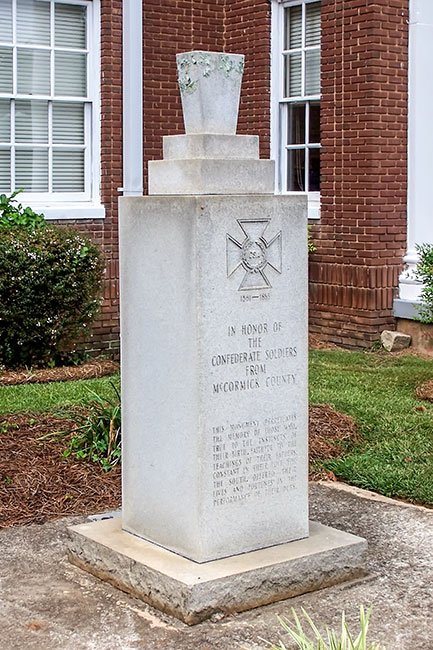 The McCormick County Courthouse is listed in the National Register, which adds the following information:

The McCormick County Courthouse is a two-story brick building built in 1923 in the Neo-Classical style. On the main (east) façade is a large two-story portico with Doric columns and pilasters. Above the columns is a sheet metal cornice with dentils and modillion blocks. The portico has a flat roof which intersects the main gable roof. Over the main entrance is an enriched lintel with console brackets, dentils, and decorative frieze. Over the first floor windows is brick relief arching and keystones. A sheet metal cornice wraps the building. The interior displays pressed metal ceilings and original doors and transoms.

McCormick County was formed in 1916 from territory taken from Edgefield, Abbeville and Greenwood Counties. Plans were soon made to build a courthouse but the building was not completed until 1923. The architect was G. Lloyd Preacher of Augusta. The building is a good example of its period. Since its completion the building has been continuously used as government offices for the county.