These two buildings are located in the historic district of Elloree. The first is the former Atlantic Coast Line Railroad depot, seen below. The first train passed through the town in 1886, by 1911, four passenger and several freight trains ran daily marking the need for a dedicated depot for passengers. 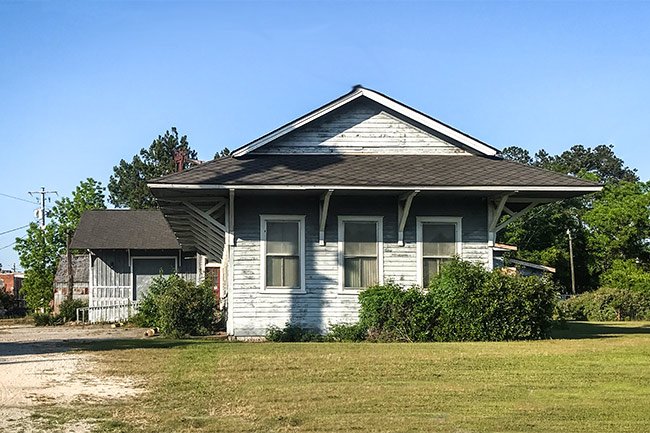 The town had completely doubled in size by 1911 moving from one general store to more than 30 active businesses, including the town’s first bank, which opened in 1904. The town continued growth doubling businesses again by 1937. The small white building seen next to the depot was used as the observation post for the US Army Air Corp during World War II. A sign on the building reads US Air Force, but that name was not adopted until after the war. 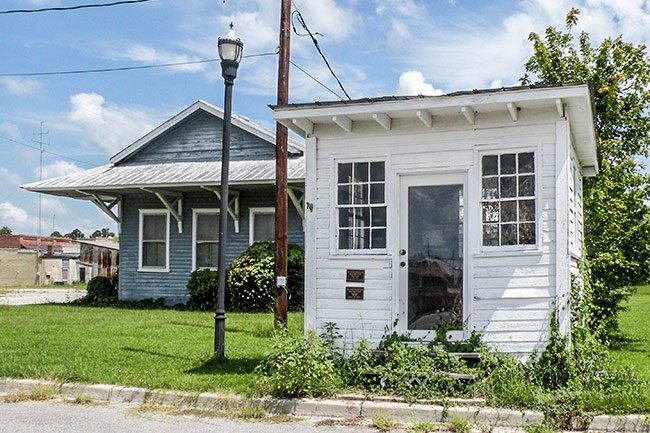 Former Elloree resident, Billy Joe Jeffords says of spending time using the observation tower above: “When I was a teenager, they still had a program for people to identify aircraft flying in the area. Newsome’s garage on West Evans Street supported this program and I would spend Saturday morning there identifying aircraft and reporting it to someone by phone, but can’t remember who.”