North Methodist Church in its namesake town of North was organized in 1893, just two years after the town was established. Trustees of the new church purchased land for a house of worship and a parsonage on January 31, 1894. A simple wooden building was erected on the site. 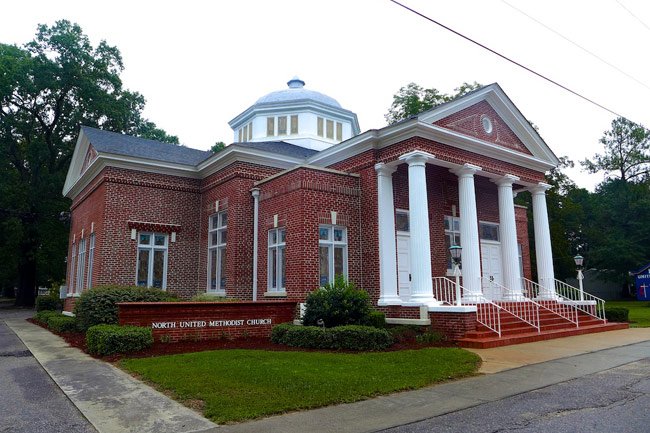 The congregation continued to grow over the following years, and in 1917 the simple frame structure was replaced with this elegant brick edifice, complete with a dramatic domed ceiling. An educational building was added to the grounds in 1949. On the night of January 29, 1961, the church’s pastor, the Reverend Laurie E. Smith, discovered a fire in the church. Fortunately, the blaze was extinguished before too much damage was wrought. Repairs were made to the interior and exterior of the building, maintaining the integrity of the 1917 sanctuary.

The church remains an active and vibrant part of this Orangeburg County community. Many thanks to Joanne Culler, church member and descendant of former church trustee W.C. Culler, for the above information.