This aerial scene shows Clemson University’s campus, located on the shores of Lake Hartwell. In the foreground stands Tillman Hall, and in the background stands Death Valley – home of Clemson Tigers football. 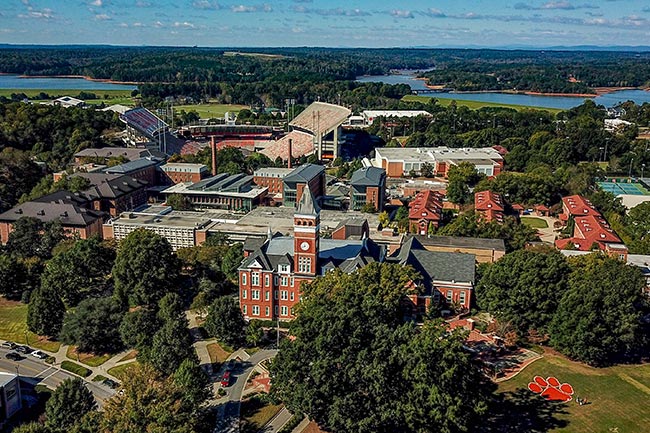 Clemson was established at Fort Hill, the former home of John C. Calhoun. Calhoun, a native of Abbeville District (now Abbeville County), moved to present-day Clemson in 1825 with his wife, Floride. The Calhouns bequeathed their estate to their daughter, Anna, who then left it to her husband, Thomas Green Clemson, with the stipulation that the land and an $80,000 endowment to the state be used for a state agricultural college. 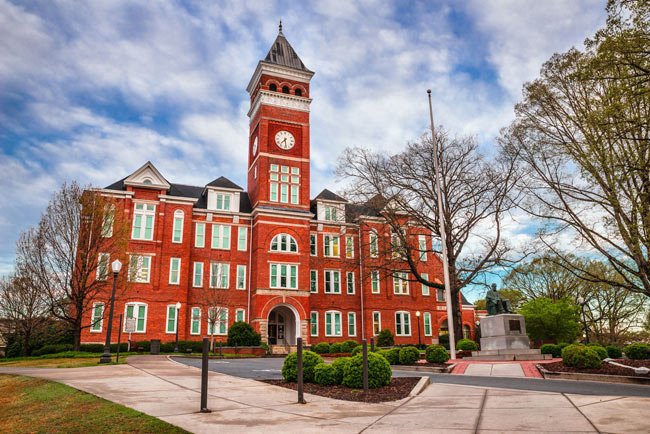 Rob Hainer of Dallas, GA © Do Not Use Without Written Consent

After Clemson’s death in 1888, he gifted the Calhoun-Clemson estate to the State of South Carolina for the purpose of a school, and in 1889, Governor John P. Richardson, Jr. signed a bill establishing Clemson Agricultural College. The college opened in 1893 as an all-male military college and accepted women beginning in 1955 when it became a civilian school. The school was renamed Clemson University in 1964.

Clemson University remains a highly-ranked research university and boasts educational sites such as the Clemson Experimental Forest, the Musser Fruit Research Farm, and the South Carolina Botanical Gardens. One especially beloved landmark on Clemson’s campus is the Clemson Bur Oak.

The Clemson Tigers have played in Memorial Stadium – nicknamed Death Valley – since September 19, 1942. The stadium was built against the advice of 1939 outgoing head coach Jess Neely, who commented that “ten thousand seats behind the YMCA” would be sufficient. Today Death Valley can hold more than 80,000 spectators and is one of the country’s largest on-campus stadiums. 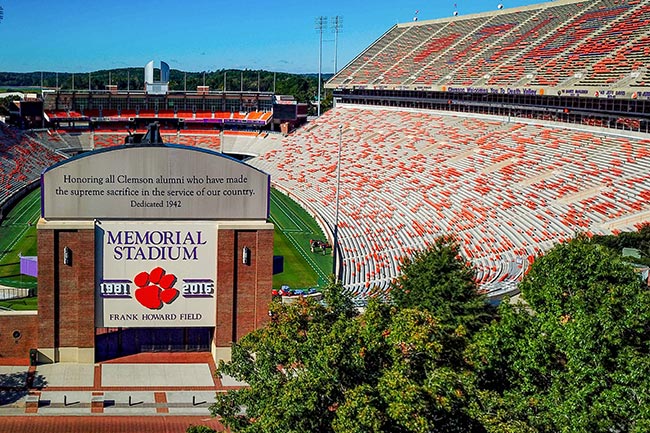 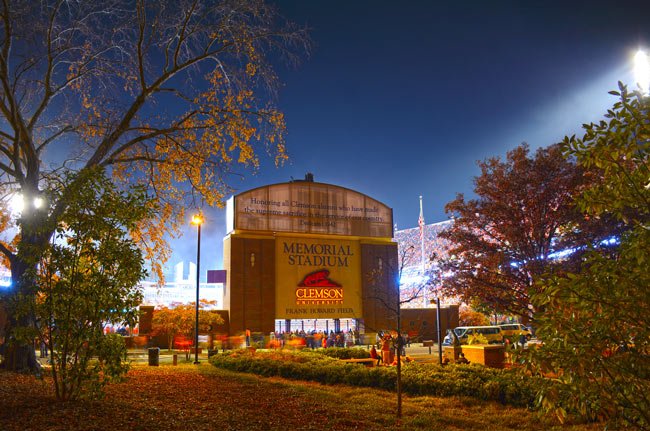 This rotunda stands in President’s Park, which is located in front of the president’s home and was established in 1925 as Trustees’ Park. The rotunda is a new addition to the park and was given to the Clemson by the Class of 1957. A future mural in the rotunda will represent the university’s virtues of teaching, research, and public service. 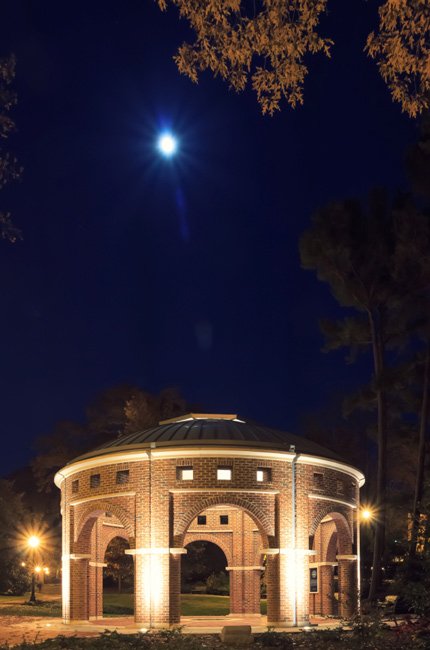 The Trustee House was built in 1894 and was initially the home of the chemistry department and three-time Acting President, Mark B. Hardin. The house was constructed using bricks made from locally sourced clay, primarily by African American laborers. 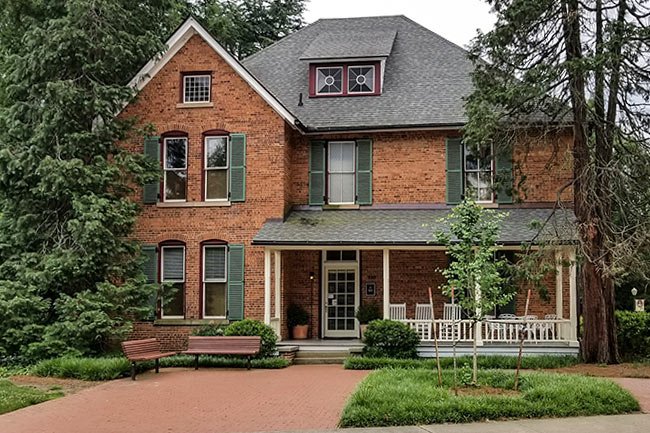 Barbara Walker Webb of Neeses, 2018 © Do Not Use Without Written Consent

After Mark B. Hardin’s death in 1916, the house was used primarily for meeting space and overnight accommodations for the Board of Trustees, hence its name. The house was used as a temporary hospital during a flu epidemic in 1918 and was enlarged to its current size in 1956. The house was designated a National Historic Landmark in 1990. 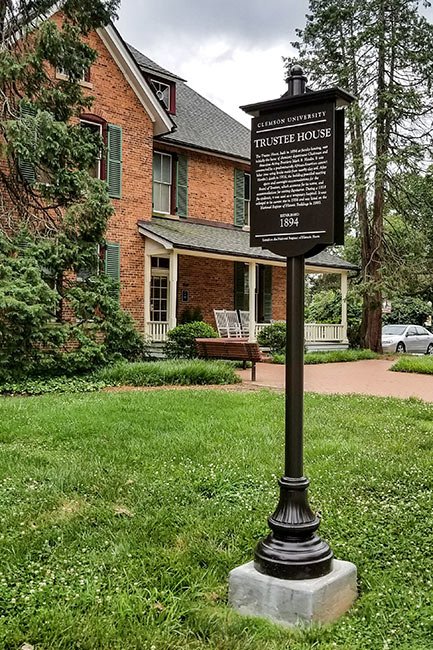 Barbara Walker Webb of Neeses, 2018 © Do Not Use Without Written Consent

Tucked in a corner of Clemson University’s campus, on the banks of Lake Hartwell, sits Hopewell House, built circa 1785. Originally a frontier log cabin, the structure was substantially enlarged over the years. Hopewell’s most notable resident was Revolutionary War hero Andrew Pickens. Pickens is well regarded for his contributions during the Revolutionary War as a general in the Battle of Cowpens. He is also remembered for his peaceful negations with South Carolina Native Americans, including the Cherokees, Chickasaws, Chickamaugas, Choctaws, and Creeks. 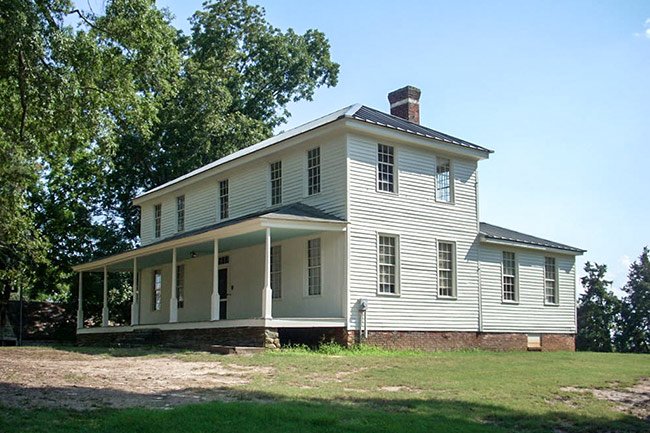 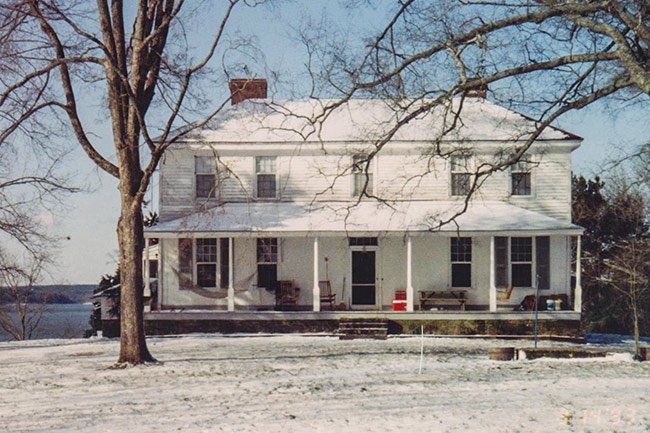 Debbie Davis of Seneca, 1970s © Do Not Use Without Written Consent

The Scroll of Honor – Clemson University

This memorial on the campus of Clemson University was first started in 2001 when organizers were planning for Military Appreciation Day. A member of Clemson Corps thought that the Clemson Alumni who died to service their country deserved a place of honor on the campus and others agreed to move forward with memorializing them. 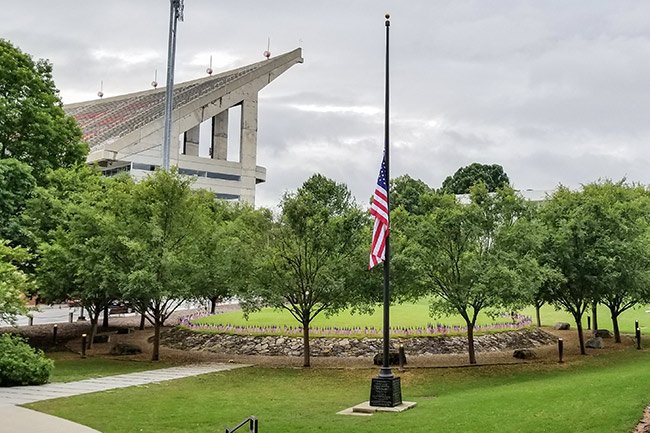 Members of the Clemson Corps collected names of those who passed away while in service and named the memorial, The Scroll of Honor. The original was a portable frame that could be transported from place to place on campus and was unveiled on Military Appreciation Day in 2002. A more permanent memorial started in 2005 to serve as a greater honor. A 1942 document was found mentioning the stadium was to be named Memorial Stadium in honor of the fallen servicemen. In 2006, approval was granted for the memorial to be placed in the area of the stadium. The memorial was dedicated in April of 2010. 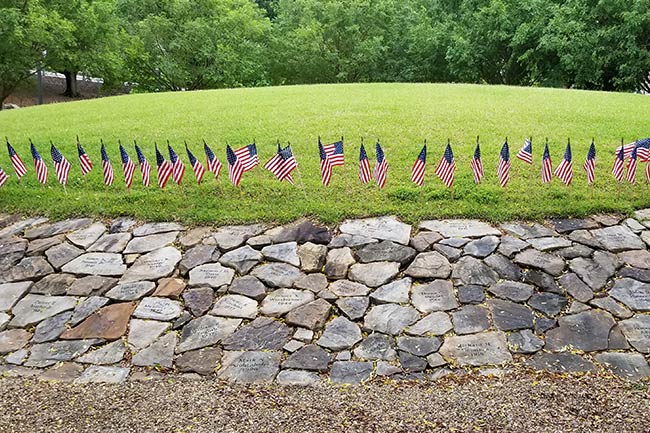 Every aspect of the memorial has significant symbolism from the tigers that guard the entrance, representing perpetual honor. The circular mound with flags representing the unity and values of the country and those who fought for it. The stones are all different and unique, much like the personalities that they represent, and their piecing together is meant to show their eternal bond. The base on the National Colors Monument reads “Freedom is not Free.” 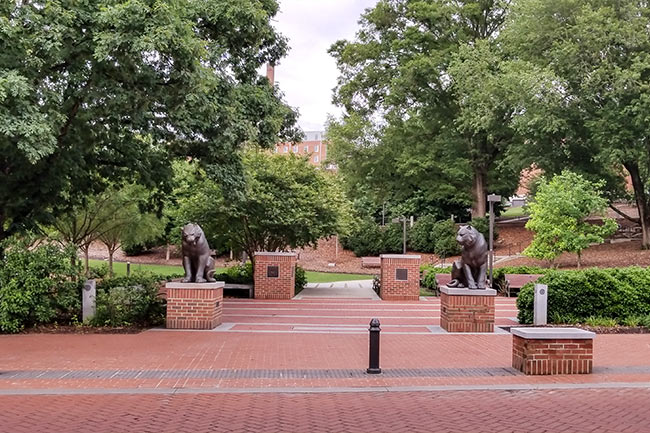 Parts of Clemson, including Tillman Hall and President’s Park, are listed in the National Register. The college comprises two separate historic districts.

Clemson University Historic District I includes eight historic resources (four academic buildings, a recreational building, a post office, a marching and athletic field, and a park) located on the northern portion of the campus. It is significant for its association with the founding, development, and growth of Clemson University, which has played a major role in higher education in South Carolina since its founding in 1889. The district is also significant as an intact collection of late nineteenth and early twentieth century educational buildings at a state-supported land-grant college. Properties in the district include: Tillman Hall (1893), Godfey Hall (1898), Bowman Field (1900), Sikes Hall (1905), Holtendorff Hall (1916), Trustees’ Park (c.1925), Long Hall (1937), and Mell Hall (1939). Styles include Renaissance Revival and Classical Revival. Tillman Hall was designed by architects Bruce and Morgan from Atlanta, Ga. Sikes Hall, Holtzendorff Hall, and Long Hall were designed by Rudolph E. Lee, a Clemson graduate and chair of the Department of Architecture.

Clemson University Historic District II includes seven historic resources (three academic buildings, a residence and associated office, and an outdoor theater) located on the Clemson University Campus. It is significant for its association with the Calhoun and Clemson families and for its association with the founding, development, and growth of Clemson University, which has played a major role in higher education in South Carolina since its founding in 1889. The district is also significant as an intact collection of late nineteenth century and early twentieth century educational buildings at a state-supported land grant university. Contributing properties include: Fort Hill (c.1830), John C. Calhoun Office (c. 1825), Hardin Hall (1890), Trustee House (1904), Riggs Hall (1927), Sirrine Hall (1938), and Outdoor Theater (1940). Styles include Renaissance Revival, Queen Anne, and Art Deco. Riggs Hall and Sirrine Hall were designed by Rudolph E. Lee, a Clemson graduate and chair of the Department of Architecture.