Fort Hill once served as the plantation of Vice President John C. Calhoun. Today, the house stands on the campus of Clemson University. 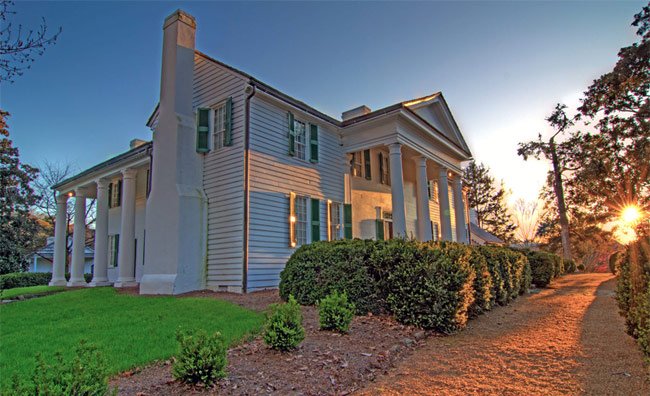 The areas of the Fort Hill open for public viewing includes Calhoun’s mansion, his office, a reconstructed kitchen, a partially restored spring, and a beautiful lawn. 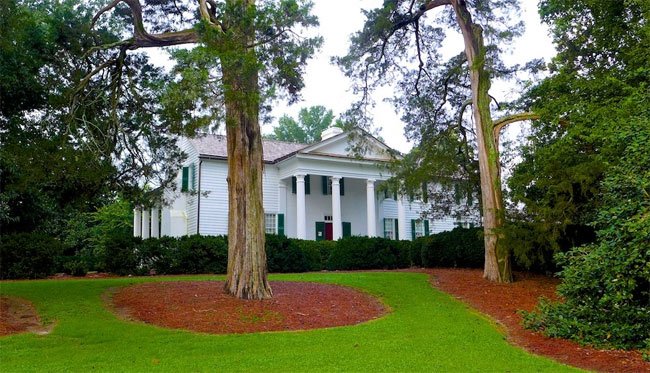 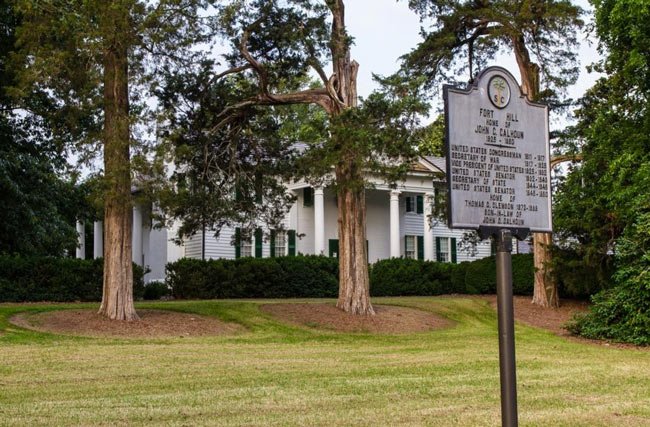 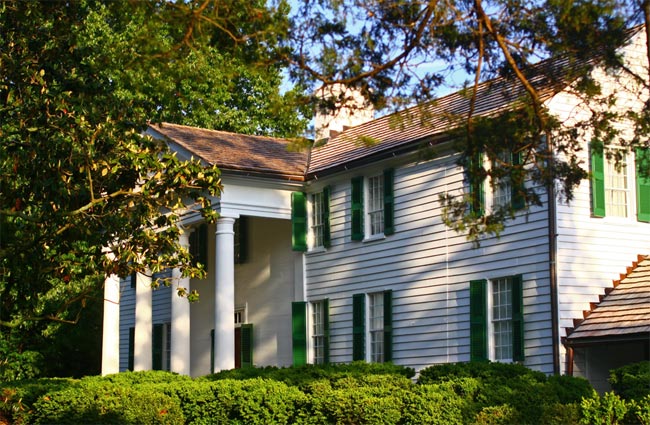 Gary A. DuBose of Seneca © Do Not Use Without Written Consent

“I was on Clemson campus to attend a friend’s son’s graduation. As an alumnus, and because the campus offers so many different photo opportunities, I usually make time to see what new angles I can find with structures that I am very familiar with. I still smile when I think of how they used the Calhoun Mansion as a dormitory in the film “Midnight Man” starring Burt Lancaster. It was filmed on campus (and in surrounding locales) in the early 70’s just before I arrived at Clemson as a student.”

Fort Hill has been designated a National Historic Landmark. It is also listed in the National Register of Historic Places, which describes it as follows:

Fort Hill (John C. Calhoun Mansion & Library), the plantation home of John C. Calhoun during the last 25 years of his life, is today well-maintained in the center of Clemson University campus. When he moved to the house in 1825, Calhoun was Vice President of the United States, at the height of his career, having gained national recognition as one of the “War Hawks” in the Twelfth Congress and as Secretary of War under James Monroe. He long aspired to the presidency, without success, but he did serve another cabinet position, as Secretary of State under John Tyler in 1845. In 1850 Calhoun died and Thomas G. Clemson, his son-in-law, eventually inherited the estate. Clemson lived in the mansion for many years and he willed the estate to the state of South Carolina for the establishment of an agricultural and mechanical college, with a provision to provide for the preservation of the Calhoun mansion. The Greek Revival mansion and office are all that remain from the former 1,100-acre plantation with many outbuildings. The one-room library or office is located about fifty feet south of the mansion.

See a picture of the Calhoun House in Abbeville.