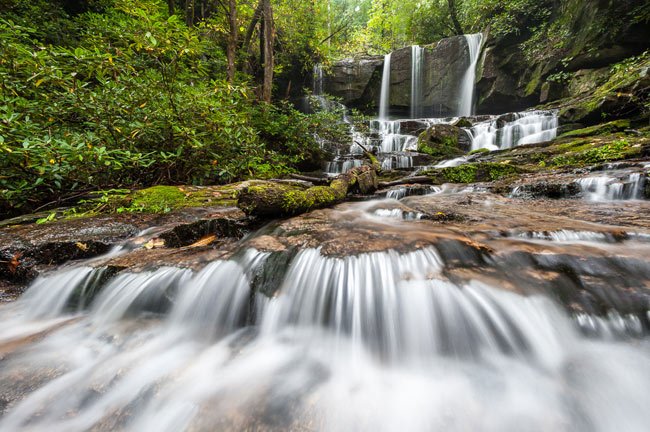 Mark VanDyke of Herndon, VA, 2013 © Do Not Use Without Written Consent

The Foothills Trail, a 77-mile hiking trail through the mountains of South Carolina and North Carolina, winds through Laurel Fork Heritage Preserve and takes hikers alongside the Virginia Hawkins Falls. 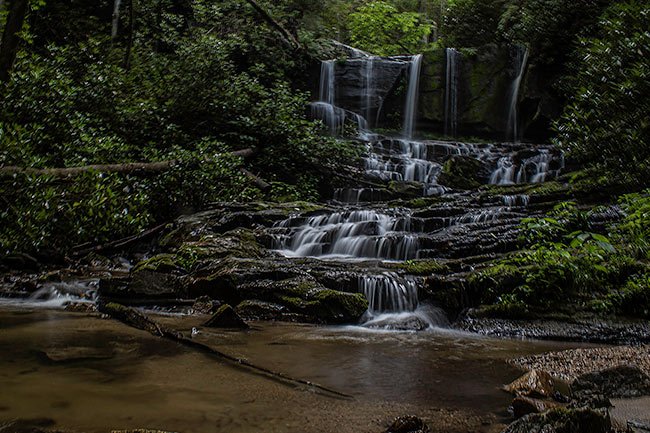 Also known as the Double Falls, the small waterfall is known for its water purity and abundance of plant and animal life. 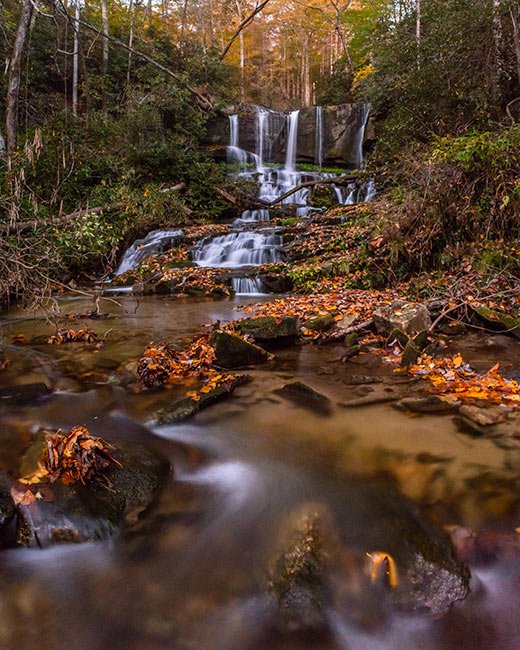 Mark Oleg of Atlanta, GA, 2018 © Do Not Use Without Written Consent

Moisture from the stream along with the shade provided by the rocks create prime habitat for species that thrive in this cool mountain clime. 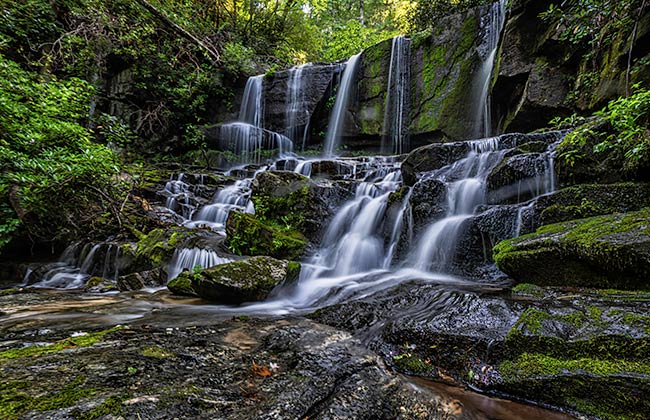 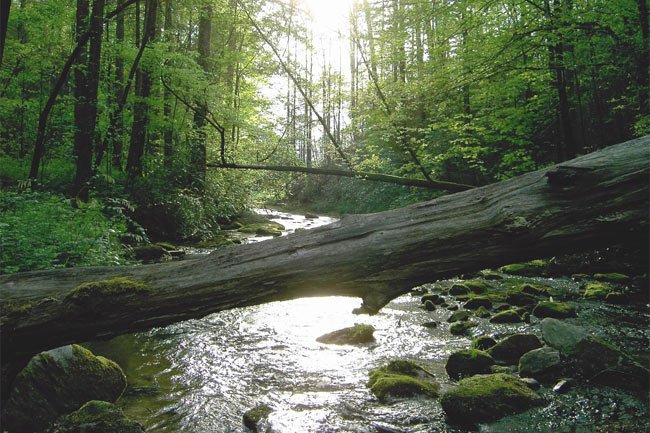 Michael Traufler of Columbia, 2008 © Do Not Use Without Written Consent

Contributor Michael Traufler tells us, “This photo is of Laurel Fork Creek just above Laurel Fork Falls where the creek empties into Lake Jocassee. It was taken while on a backpacking trip in May 2008. This creek has a lot of salamanders and small fish. It also happened that early May is a good time to see the Blue Ghost Fireflies that have the unique characteristic of not flashing. They emit a steady light and the woods were thick with them as soon as the sun went down. It literally looked as if someone had strung Christmas lights through the woods.”

Photographer Mark VanDyke shares some accolades received by the area as well as his personal experiences living near the Jocassee Gorges: “A big thing happened for the Upcountry of South Carolina in 2013. National Geographic released a special issue on January 1, 2013 with the title: ’50 of the World’s Last Great Places: Destinations of a Lifetime.’ The Jocassee Gorges of Pickens County, South Carolina were one of three sites chosen in North America! Jocassee, Cherokee for the phrase, ‘place of the lost one,’ was said to be one of the last mystical undisturbed areas on this planet – an area quoted as having the second highest rainfall in the continental United States (75+ inches annually), as well as one of the highest concentrations of waterfalls in the Eastern United States. I consider it a great privilege to live near the Gorges and to have had the opportunity to hike and photograph many of its wild areas.

“Virginia Hawkins Falls (aka Double Falls) are located beside the Foothills Hiking Trail within Laurel Fork Heritage Preserve along Laurel Fork Creek – a part of the 43,000+ acres of Jocassee Gorges. This area is known to have super high-quality water resources, as well as tremendous flora and fauna, including the Oconee Bell.”