Once towering over the Pacolet River in the mill town of Clifton, this building – Clifton Mill Number Two – no longer stands. In its place rests the Clifton Park and Beach, owned and maintained by Spartanburg County, along with a canoe and kayak trail added to the park by the Palmetto Conservation Foundation. The textile plant was established in 1880, and the last mill structure, seen below, was torn down in 2013. The other mill buildings were dismantled in the early 2000s. 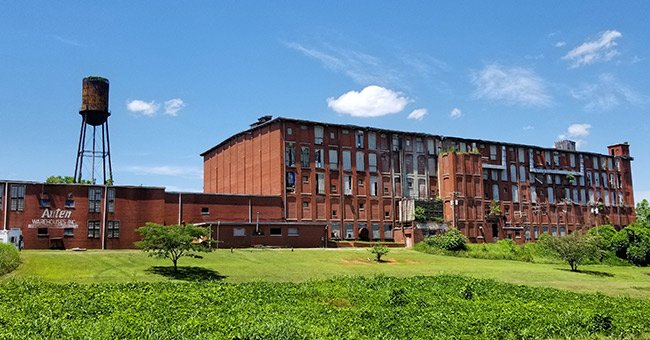 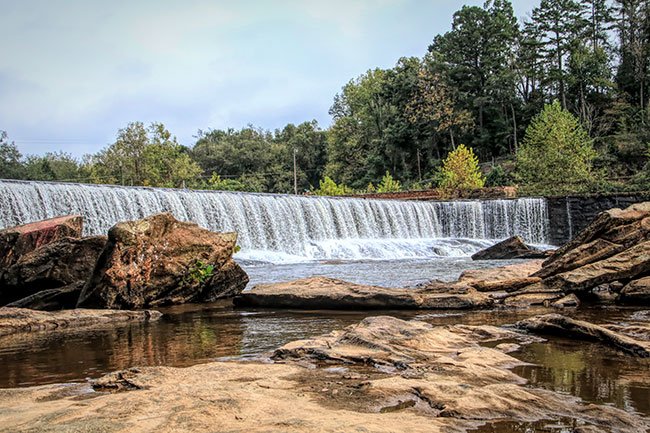 The Great Flood of 1903 wiped out all three Clifton mills and also destroyed the surrounding mill village. Yet by 1907, the mills had been rebuilt on higher ground. Clifton Manufacturing continued operations over the subsequent decades, even expanding in the 1940s and 1950s. In 1965 the plant was purchased by Dan River Mills, but this company’s run was short-lived; the mill’s managers began shuttering the facility in 1968. The plant was then leased by Tuscarora Yarns from 1973 until 1983, when that company stopped renting the property and purchased it instead. Tuscarora Yarns lasted until the 1990s, when foreign imports forced it to close its doors. 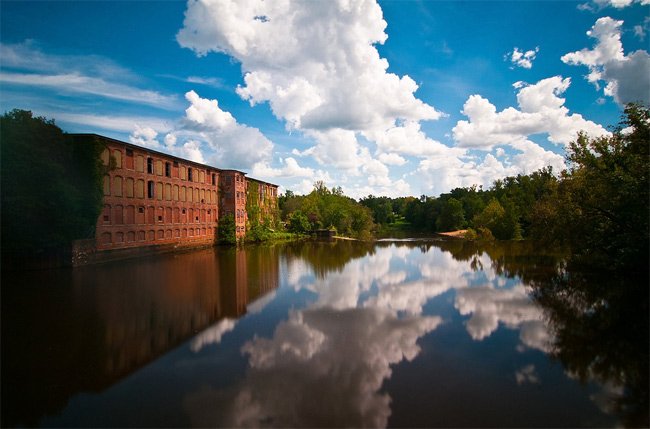 Jason Powell of Taylors, 2012 © Do Not Use Without Written Consent

In the early 2000s, Best Machinery Movers and Erectors sold the property to David Sawyer, who planned to recoup his investment by transforming the mill into loft apartments. Sawyer also hoped to convert a small beach across the river into a sand mine – a plan that was met with objection from his neighbors. After Sawyer foreclosed on the property in 2009, Best Machinery bought it back for $500 and then sold it to Wayne Garber. Inspired by the environmental center at Glendale Mill, Spartanburg County then purchased the property in 2013. The county subsequently conducted environmental studies to ensure there was no contamination in the water or surrounding land remaining from the mill’s factory days. After tests revealed that the property was safe, construction of the new public green space began. Today the Clifton Park and Beach is enjoyed by Spartanburg County residents who enjoy the park’s local natural and historical heritage. 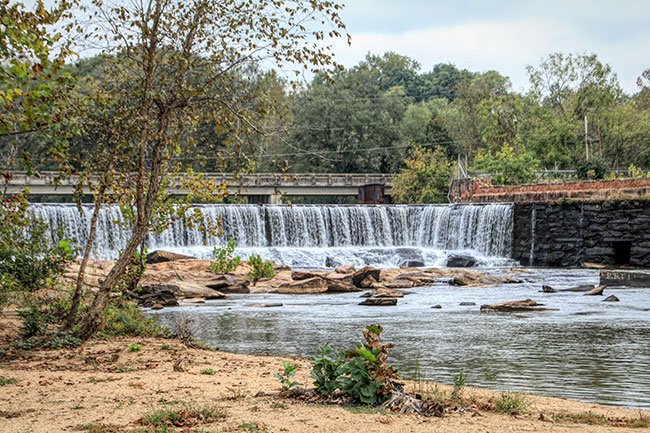