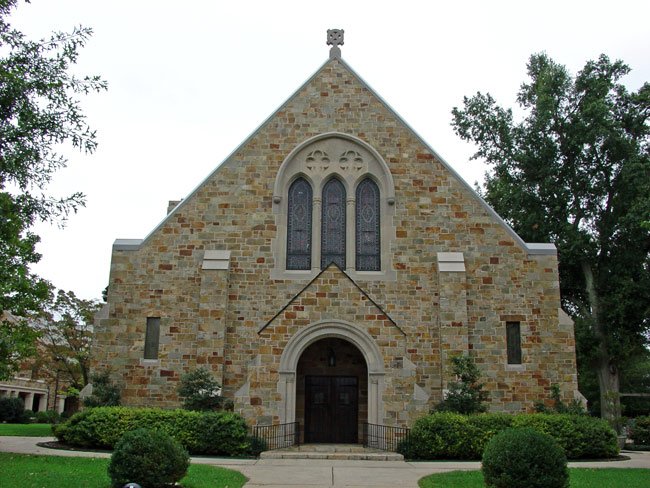 The newly-formed congregation met in a local Baptist church before building its own sanctuary in 1845 on a lot purchased from Richard Thomson two years earlier. The new church had a difficult time attracting members, however, and even a pastor. The first person called to lead the church declined the offer. After 15 years, the church had only 25 members and no full-time minister. 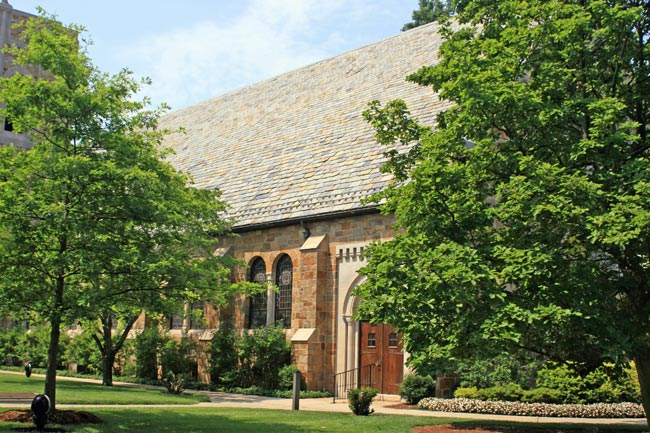 Finally in 1869, the congregation had grown to 60 members. It then received its first permanent pastor, the Reverend Thomas Law. Under the leadership of the Reverend Law, more people began to join the church, necessitating a larger sanctuary in 1888. During the building of the second church, Dr. Benjamin Wilson served as the church’s pastor; he left after four years to become the first president of Converse College. In fact, the college’s iconic building, Wilson Hall, is named for him.

The second church burned in 1898 but was quickly replaced. Membership of First Presbyterian Church continued to blossom during the early twentieth century, and in 1922 Andrew Law, son of the Reverend Thomas Law, advocated for a new church and headed the building committee that would see the completion of the present edifice in 1925. A stone cruciform chapel complementing the main sanctuary was added to the grounds in the early 1950s, and a Christian Education building was erected in 1968 and a Family Life Center was completed in 1987. Today the church that began with eight people thrives with a membership of nearly 2,500. First Presbyterian of Spartanburg is a member of the Presbyterian Church in the United States of America (PC-USA).