The Spartanburg County community of Reidville developed in the mid-nineteenth century with the establishment of two Presbyterian schools founded by Nazareth Presbyterian Church minister the Reverend R.H. Reid: the Reidville Female College and Reidville Male Academy (also called the Reidville Male School). On January 1, 1857 the Reverend Reid delivered a sermon lamenting the fact that the area lacked a Presbyterian school, thus students wishing to pursue an education based in the denomination had to leave the area. In response, his congregation raised funds and donated land in what would become Reidville about five miles from Moore, where Nazareth Presbyterian is located. Construction on the schools began by the end of that year. Initially called the Reidville Male and Female High Schools, or Academies, the Male School opened in March of 1858 while the Female School opened in February of 1859. 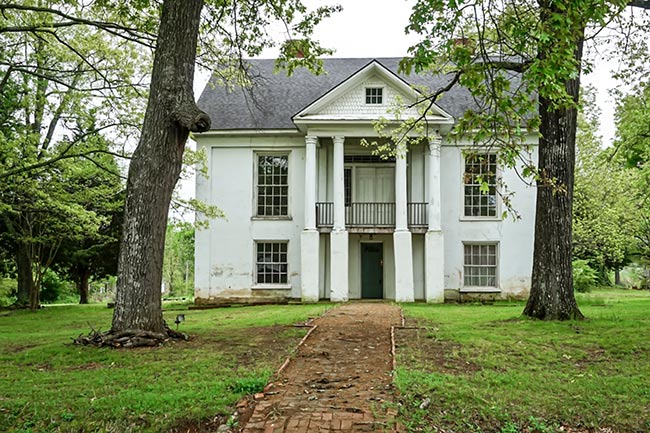 The two schools were built at the opposite ends of Main Street in the new hamlet of Reidville. A home for the principal of the Male School was built in 1858, seen above. Also called the Wood House, it later became a teachers’ residence as well. Not only did the schools remain open during the Civil War, but the Reverend Reid was able to persuade Federal troops from burning the school buildings. Following the war, the Female School became a renowned college in 1871, and its name changed to Reidville Female College. When Reidville Presbyterian Church was established in 1883, the congregation met in the Female College until its own church was built in 1889. 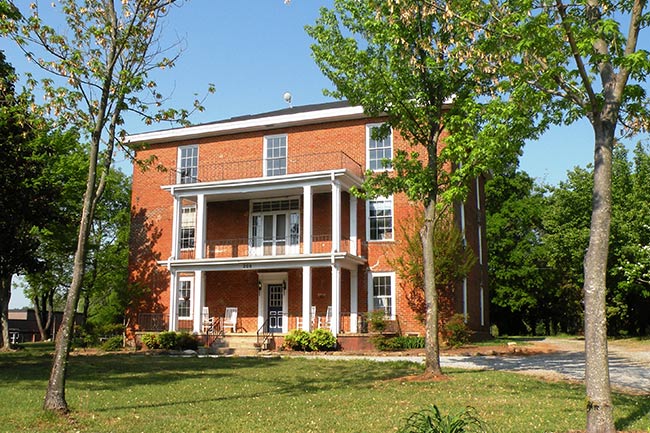 By 1905 the members of Nazareth Presbyterian Church no longer had funds to support the schools, and the Spartanburg School District took over operations and combined the two schools as Reidville High School. In 1948 the Female College building was demolished following a fire, and Reidville Elementary School was built in its place. In 1993 trustees of the Male School leased the school building and surrounding land to the Spartanburg District 5 Baseball Association; the Male School was eventually razed to accommodate baseball fields. 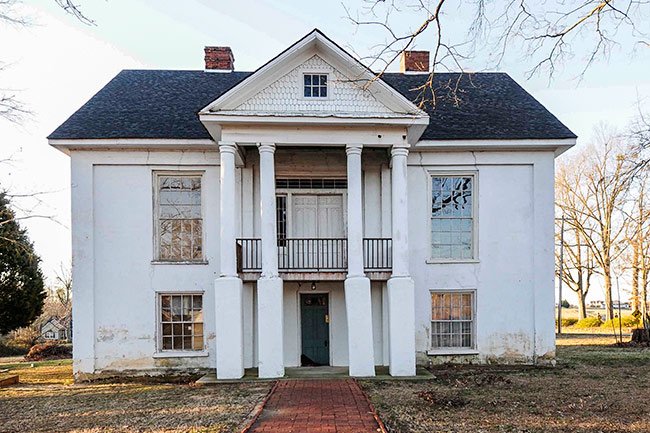 The Faculty House has served many uses over the years since it housed teachers. It has been a private residence and a museum and is presently owned by the Reidville Historical Society. The banner displayed on the front of the house in the above photo advertises the Relevant Church, a congregation that opened in 2016 with two locations in Reidville and Spartanburg. The Reidville church is located in the former Harrison Brothers Store. 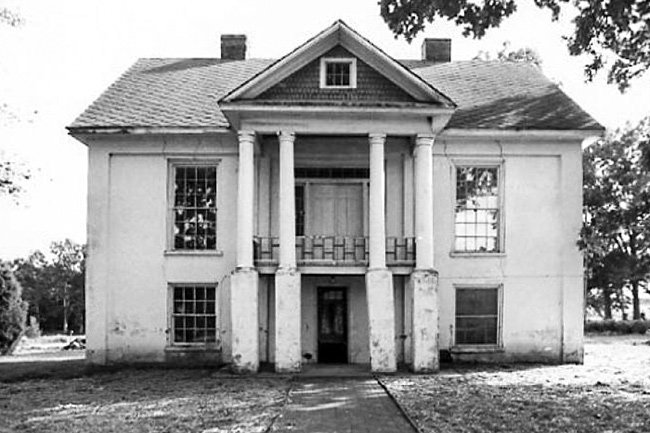 The Reidville Academy Faculty House is listed in the National Register:

The Reidville Academy Faculty House is significant as an excellent example of mid-nineteenth century Greek Revival residential architecture with late-nineteenth century Victorian alterations. It is a two-story brick raised cottage with exterior brick walls covered with stucco and scored to look like large blocks of stone. One unusual feature of the house is that the east, or left, elevation has never been covered with stucco. The house is also significant for its association with the Reidville Male Academy and Reidville Female Academy, institutions that played a major role in education in upcountry South Carolina from 1858 to 1905. The academies were founded by Reverend Robert Hardin Reid (1821-1907), a Presbyterian clergyman and educator. The faculty house was built ca. 1860 as the residence for the principal of the Reidville Male High School. Both the male and female high schools remained open during the Civil War, and Reverend Reid persuaded Federal troops not to burn the schools when they camped briefly near Reidville at the end of the war in 1865.