This storefront building in downtown Sumter was built in 1882 for Bultman Brothers Boots and Shoes. The Bultman brothers were immigrants from Hanover, Germany, who began their shoe business in Sumter in 1871. By 1882 their business was so successful that they needed a larger building for their wares. The resulting store, seen here, provided the Bultman brothers with 28 feet of frontage space and extended 96 feet deep. By 1884 the store was touted as “the largest and fullest line of shoes in the low country outside of Charleston.” The building has undergone several renovations since it was completed in 1882 and is a hallmark of Sumter’s historic commercial district. 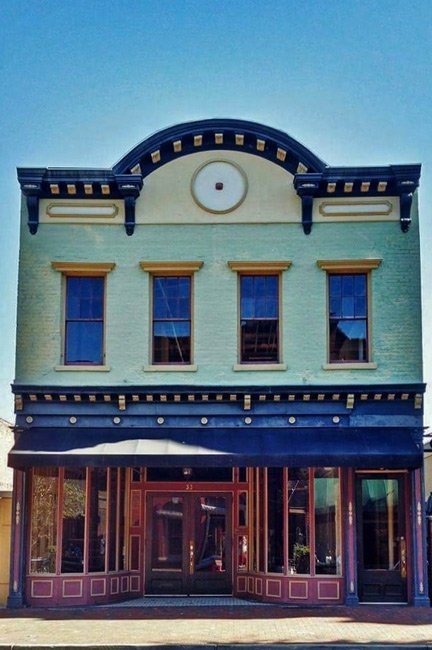 Deanna Anderson of Sumter, 2016 © Do Not Use Without Written Consent

The Bultman Brothers Building is listed in the National Register as part of the Sumter Historic District:

Originally called Sumterville, the town was the county seat of Sumter District and later Sumter County. A settlement by 1785, Sumterville was named after General Thomas Sumter, South Carolina Revolutionary war hero. In 1798, the village was selected for the site of the courthouse of old Sumter District. With no access to waterway or railroad, development was slow until the Camden branch of the South Carolina Railroad extended into the town in 1843. Incorporated in 1845, Sumterville’s name was eventually changed to Sumter. The town was officially chartered in 1871. Sumter’s political, commercial, and cultural development is reflected in the architecture of the central business district that spans a time period from 1828 to the present. Many of the buildings in the original commercial district date from 1880 to 1912 and are typical of turn-of-the-century commercial buildings, using materials such as pressed tin, limestone, and brick. Detail work of buildings includes arches, columns, decorative brickwork and dentil work.