This Neoclassical home in rural Sumter is a mail-order design built in 1911. Built in the “Magnolia” style offered by Sears and Roebuck during the early twentieth century, the materials for the home – which cost $5,500 – were transported by rail from Hickory, North Carolina to a depot near the property called Brogdon Station. The home’s owner, J. Clinton Brogdon, Sr., his brother William, and a carpenter erected the house on an acre and a half of family land.

The Brogdon family owned much of the surrounding acreage, including the property where the nearby train depot stood. In fact, the station and surrounding area was known as Brogdon’s Station, and the Brogdons owned two stores in the community, which was home to several tenant farming houses. Most of the original buildings in the rural neighborhood are no longer standing, and several were damaged in 1989 by Hurricane Hugo. 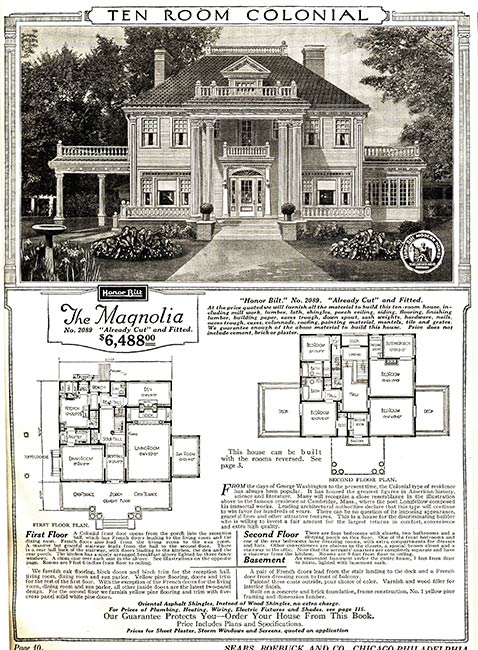 The three-story house retains much of its original appearance, though a few modifications have been made to the home. It was initially flanked by two side porches, which were removed in 1979 due to structural issues. A carport was added to the rear of the home the following year. J. Clinton Brogdon, Sr. bequeathed the home and property to his two sons in 1973, and his son J. Clinton Brogdon, Jr. deeded his share to his brother, W.T. Brogdon. In 1977 W.T. Brogdon sold the house and property to his cousin and his wife, Michael and Judy Brown, keeping the estate in the Brogdon family. The Browns have restored the pecan trees and dogwoods that surround the home and its grounds, as well as maintained the historical integrity of the house. 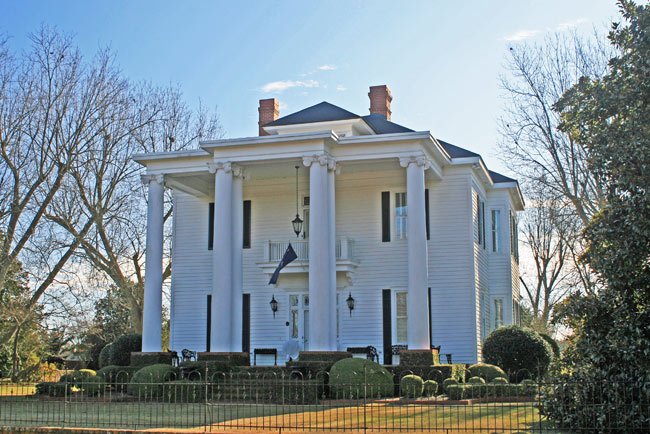 The J. Clinton Brogdon House is listed in the National Register:

Built in 1911, the J. Clinton Brogdon House is significant as a representative example of the Neo-Classical style, popular from ca. 1900 to ca. 1920. Buildings of this style emphasized hipped roofs, and elaborate, correct columns. The full façade front porch is supported by six unfluted columns with Ionic capitals. It is one of the few Neo-Classical examples in Sumter County and may be a rare example of a mail order house in the area. According to the family, the materials for the house all came from Hickory, NC, delivered by rail. The price of $5,500 paid for the materials is comparable to the cost of the top-notch Sears & Roebuck house, “The Magnolia,” a Neo-Classical house which was advertised in 1918 for $5,140 to $5,972. The area around the house is known locally as “Brogdon” or “Brogdon Station.” The J. Clinton Brogdon House is one of the last vestiges of this rural neighborhood. It is a well-preserved example not only of the Neo-Classical style as manifested in South Carolina, but a reminder of the importance of rural neighborhoods such as Brogdon Station, where transportation paths crossed and commercial goods could be exchanged.