This Gothic-style structure in rural Pinewood was once the church that served St. Mark’s Parish in the Sumter County area known as the High Hills of Santee. St. Mark’s Parish was organized in 1757, and its first church was built in 1767 in nearby Summerton. It was burned by the British during the American Revolution. This building – the fourth to house St. Mark’s Episcopal Church – was completed in 1855. 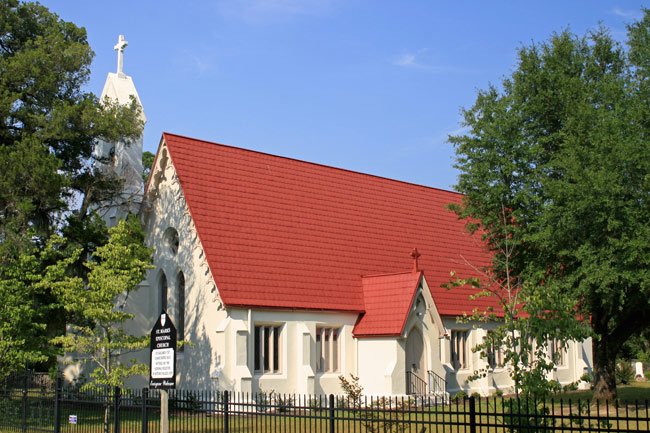 Before the chapel of ease was formed in neighboring Stateburg (which later became the Church of the Holy Cross), members from across the parish traveled many miles to attend worship here. 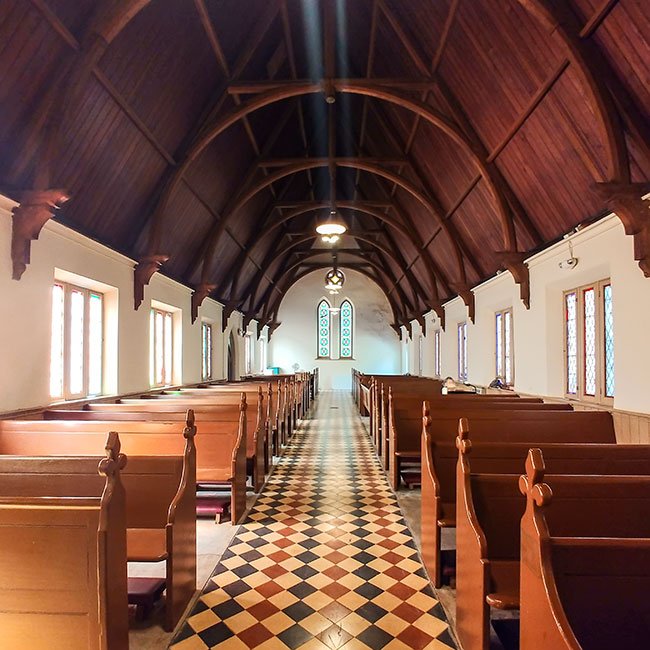 Gretchen Huggins of Sumter, 2018 © Do Not Use Without Written Consent 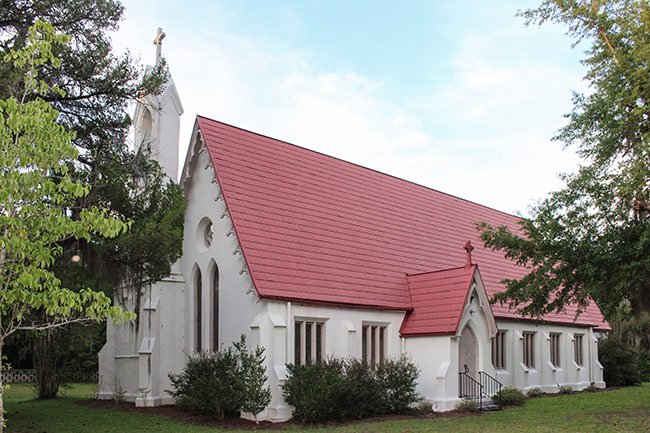 Lydia Mackey Woomer of Irmo, 2019 © Do Not Use Without Written Consent

The church appears to be made of stone; however, is actually built of brick and stuccoed to look like stone, in keeping with its Gothic-Revival style. 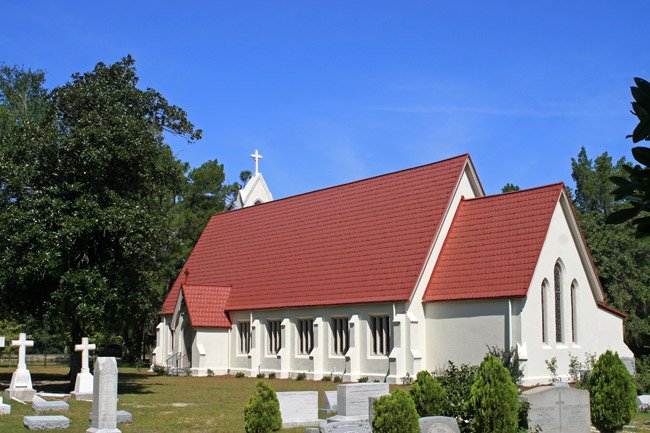 St. Mark’s Episcopal Church is listed in the National Register:

(St. Mark’s Church) St. Mark’s Episcopal Church, built in 1855, is significant for its architectural style representative of the Gothic Revival Style prevalent in the mid-nineteenth century and for its association with individuals prominent in the history of South Carolina, including six governors of the State. Established by the South Carolina House of Commons in 1757, St. Mark’s Parish and its parish church were for many years significant in the settlement and development of this area.

The present church is the fourth structure to serve as St. Mark’s Church. The original church was erected ca. 1767, but was destroyed by the British during the Revolution. The cornerstone of the present church was laid on February 25, 1854. It was designed by the well-known Charleston architects, Edward C. Jones and Francis D. Lee.