Like many early churches, Old Storm Branch Baptist Church in Aiken County‘s Beech Island started with gatherings beneath a brush arbor. Slaves from Lamar Plantation and others owned by neighboring planter LeRoy Hammond met for worship as early as 1772. 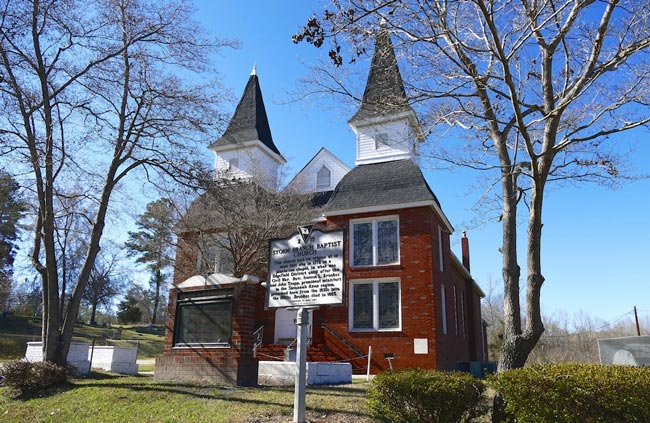 By the time of the Civil War, an edifice was under construction. Following the war, Sara Lamar deeded the incomplete church and its surrounding land to Aleck Davis for use by freedmen. From that point on, Storm Branch Baptist Church has been a leading black congregation in the area. The church led to the formation of the Storm Branch Baptist Association, the first black Baptist association in South Carolina. 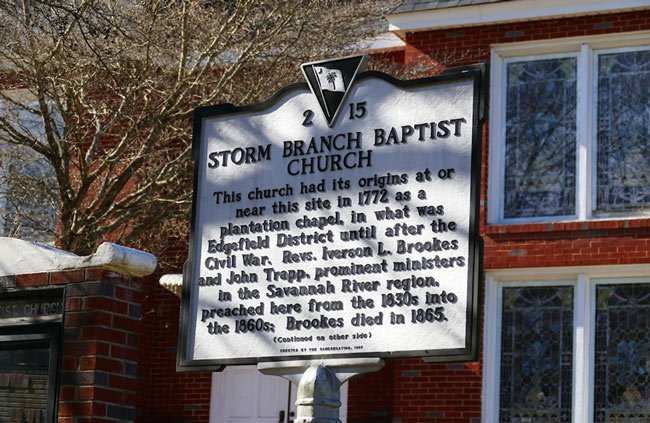 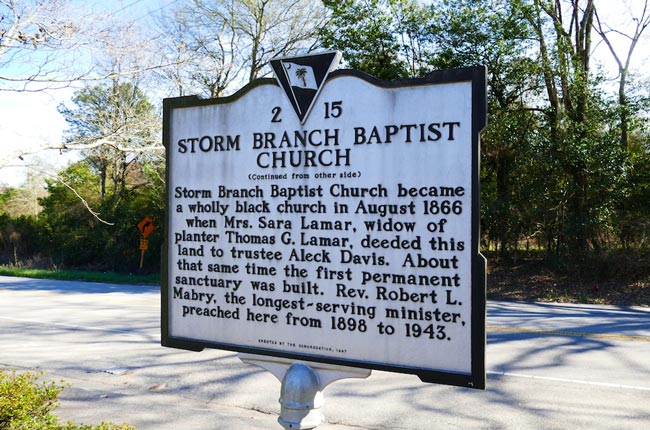