The Belton Depot has served residents of the Belton community for over 100 years. Constructed around 1910 as the Southern Railway Combined Depot, it consolidated railroad services that previously operated from several earlier buildings. The one-story brick building housed offices, freight storage, and passenger services in a single building. 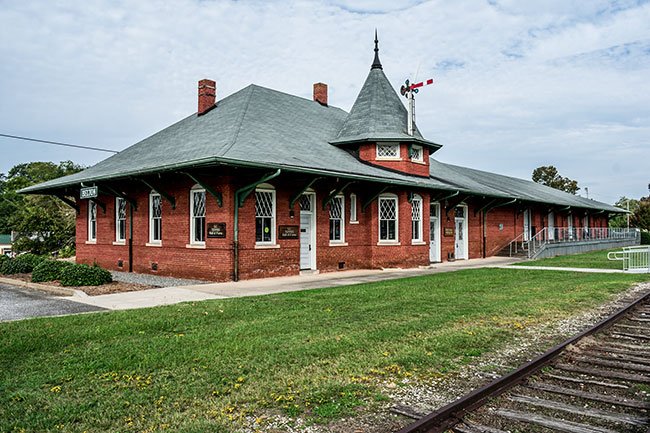 The railroad was incorporated in 1855, though it began operations in Belton in 1853. The addition of a railway in Belton meant efficient transportation of textile goods during the height of the textile industry in the Upstate. Although the historic depot is no longer an operating train facility, the Greenville and Western Railway and the Pickens Railway still service the town and roll past the former depot. 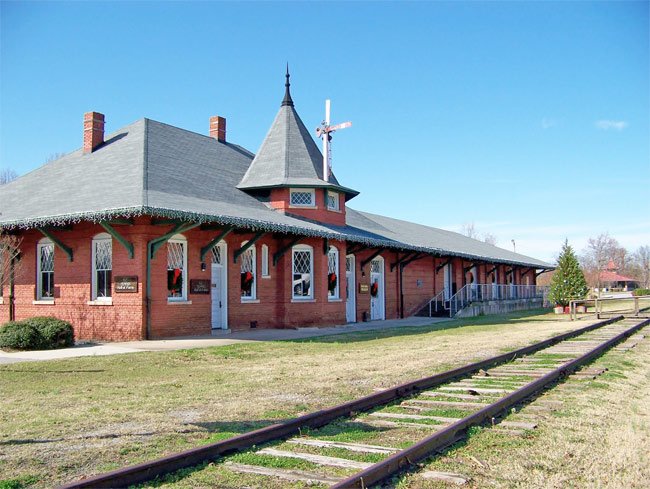 Today the Belton Depot houses the Ruth Drake Museum of local exhibits and artifacts as well as a Geneology and Reference Room. The South Carolina Tennis Hall of Fame is also located within the depot, as Belton is the site of the South Carolina Palmetto Tennis Championship. The North End Gallery in the depot displays temporary exhibits, while the central area of the depot is available for rent as an event site. 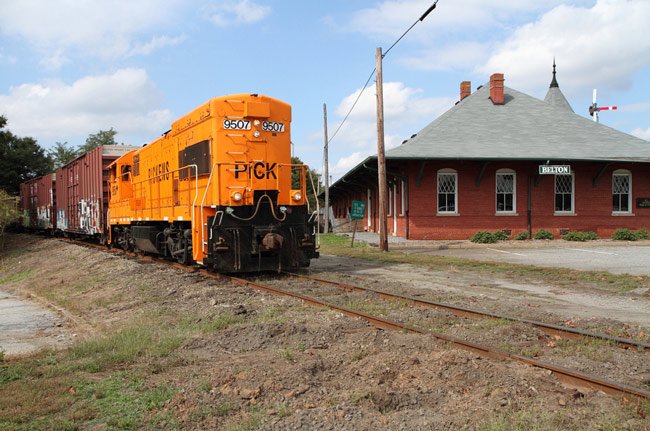 The Belton Depot is listed in the National Register:

(Southern Railway Combined Depot) The Belton Depot is significant for its historical association with the railroad’s role in the development of Belton. It is also architecturally significant as an example of the prevailing turn of the century genre for depot design. This one-story brick depot, constructed ca. 1910, remains the focal point in downtown Belton. Situated on the west side of the Belton Public Square, the Belton Depot was built by the Southern Railway to replace earlier station facilities housed in several small buildings. The original plans credit the design to the company’s Office of Chief Engineer in Washington; however, the specific architect remains unknown. The rectangular plan features a prominent tin shingle hip roof with flared eaves supported by massive wooden diagonal brackets. The section housing the freight area is topped by a lower profile hipped roof. Brick walls are laid in common bond with stringcourses and segmented arch window and door openings. The depot was designed for a combination of passenger, office and freight storage uses. The railroad played a principle part in the development of Belton, which was incorporated in December 1855. The land was surveyed for rail use in 1849, and in 1853, the first train passed through Belton. The present railroad depot provided facilities for the textile industries which were located in and near Belton in the early twentieth century. 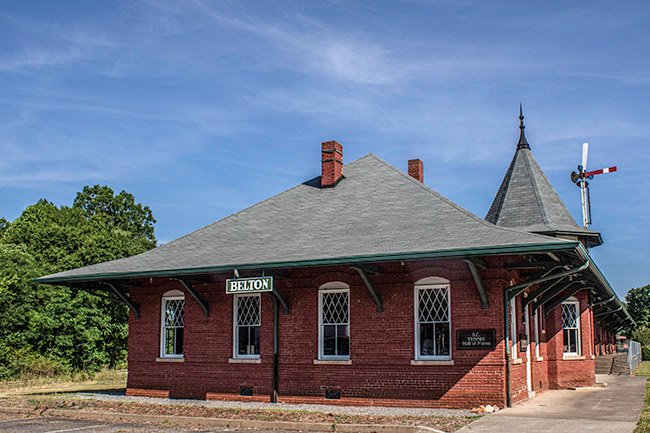