Gluck Mill just outside of Anderson was incorporated in 1903. The mill and its surrounding village were built between 1903 and 1904. The structure seen here is the mill school, also built at this time and formerly used for religious gatherings as well. The school initially served students in grades one through six; an addition to the school was built at some point to house the seventh grade. 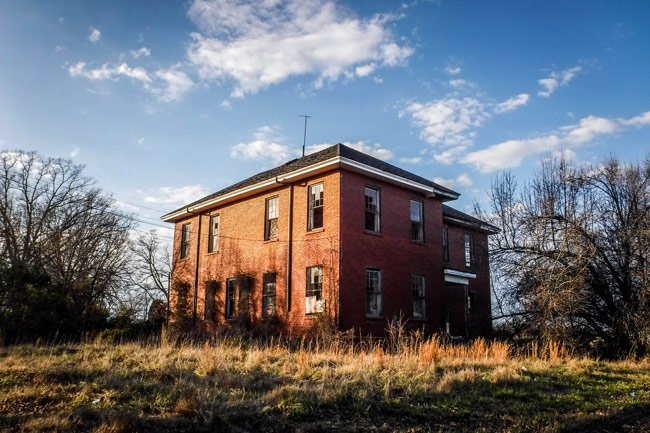 Gluck Mill was organized by four bankers from Anderson in 1902 with its primary investor, Rufus Sadler Hill, named as its first president. Hill’s daughter suggested the name “Gluck” (pronounced glook), a German word meaning “good luck.” The mill was built on 385 acres of rural land, originally the James A. Gray place, and the mill and village were dependent on a local spring for water and steam power. The mill was converted to electrical power in 1932. 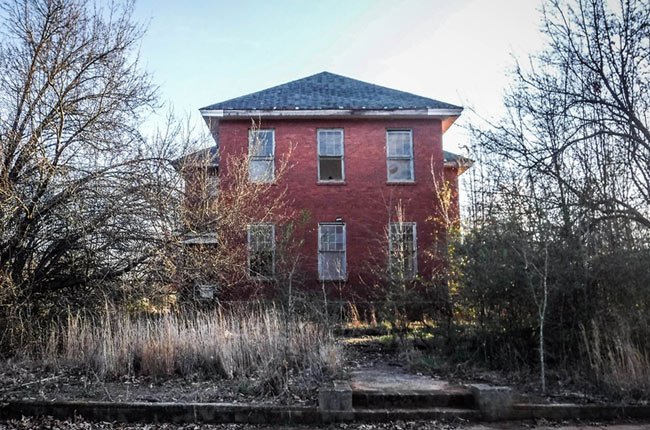 Gluck Mill produced fine goods such as carded lawns and sateens. In fact, it was one of the first mills in the South to manufacture these materials; most mills at the time produced coarser textiles such as sheeting and print cloth. The mill also operated its own cotton farm and gin until the late 1930s. In 1925 the mill installed combing equipment and began producing combed lawns, an even finer material than carded lawns; more combers were installed in 1928. The mill was the first line goods plant, or assembly line plant, in the South to use long draft spinning and one-process roving. It was also one of the first to use a three-shift schedule, thought to have kept the mill profitable during the Great Depression by surpassing production at other mills. 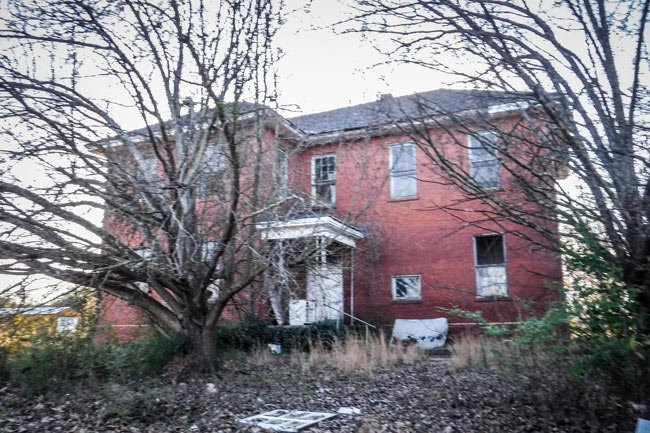 Life in the mill village at Gluck seemed content during its first few years of operation. The Anderson Intelligencer reported on September 12, 1914: “A very unusual occurrence took place at Gluck last Saturday and Sunday when six young people of the village were married in less than twenty-four hours, which alone goes to show that Gluck is the place to live.” However, the unrest of mill workers became evident a few years later when they went on strike from August through November, 1916. Towards the end of the strike an African-American worker was shot in the leg, and the state militia was finally called to end the strike, solidifying the state’s non-union position. 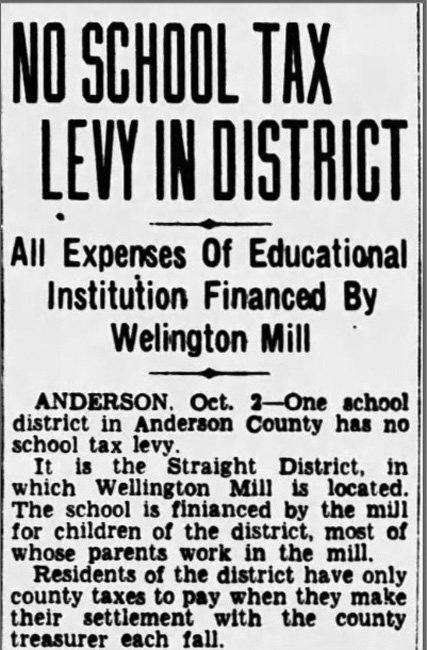 The mill was last known as Glendale-Borden Yarns. Much of the mill burned in a rubbish fire in September of 2010. The mill tower remains, however, as does this school building, which stands a few blocks from the former mill site.