This Anderson landmark, demolished in 2019, was built as a private home. It then served as a mortuary, and later, as government office space. We are actively seeking more information on the McDougald Funeral Home. If you can help, please fill in the form below. Thank you! 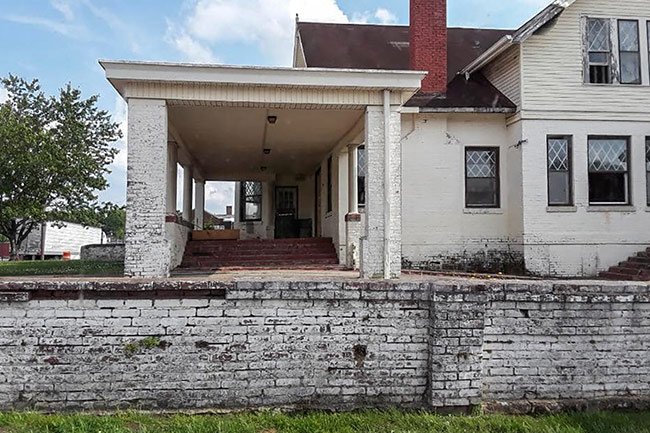 Brayden Sherman of Anderson, 2019 © Do Not Use Without Written Consent

We are especially grateful to Brayden Sherman of Anderson for capturing these photos before the landmark was razed, and also for sending in the following history:

The Old McDougald Funeral home, located at 600 South Main Street in Anderson, was originally built sometime in the late 1910s as a private residence. I don’t know exactly when it became a funeral home, but my grandpa, who had lived in Anderson all his life, remembered seeing it open as a teenager in 1929!

The Old McDougald Funeral Home stayed in that space until it moved to its current location, at 2211 North Main Street in Anderson [by at least 1976]. Then, the property was bought by the city and used as the City of Anderson Community Development office until the office moved to a new location in the early 1990s.

On May 13, 2019, the former residence and funeral home was demolished. It was demolished due to not being maintained since becoming vacant when the Community Development offices left. Mold formed and some of the wood started rotting. It was sadly not savable. The bricks from the house will be used in a new, upcoming project in downtown Anderson! 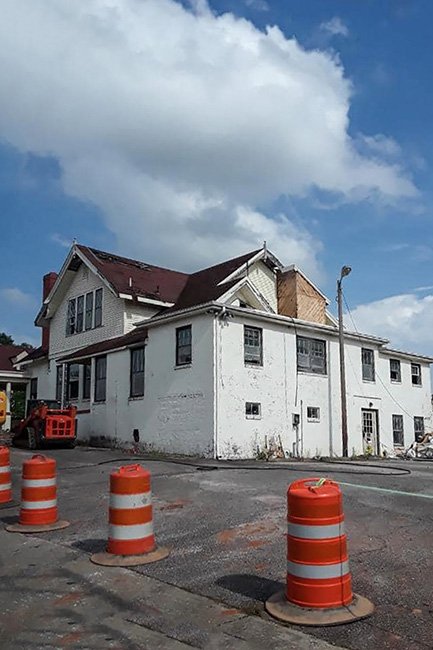 Brayden Sherman of Anderson, 2019 © Do Not Use Without Written Consent