Anderson County has had plenty of courthouses! In fact, the town of Anderson was originally known as “Anderson Courthouse,” but its name was eventually shortened to simply “Anderson.” The first courthouse was built of logs, but it was soon replaced by a brick structure (not shown). 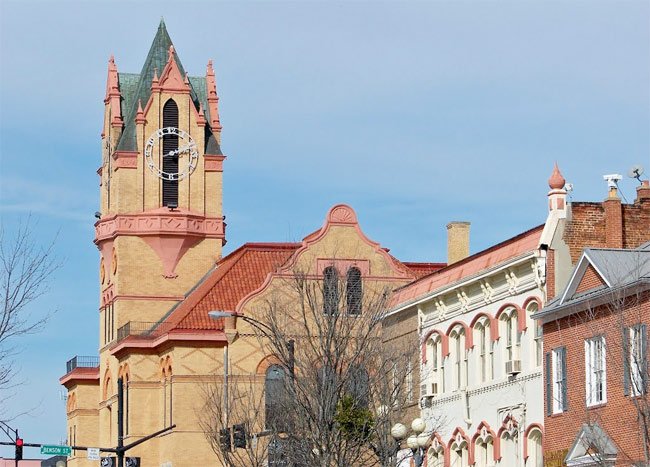 Michael Miller of Spartanburg, 2012 © Do Not Use Without Written Consent

The courthouse pictured above and below was built in 1898. Its clock and bell, however, both date from 1856 when they were part of yet another Anderson courthouse. Thus, what is now known as the “old” courthouse actually had two predecessors, both of which appear to have been built on the same site. 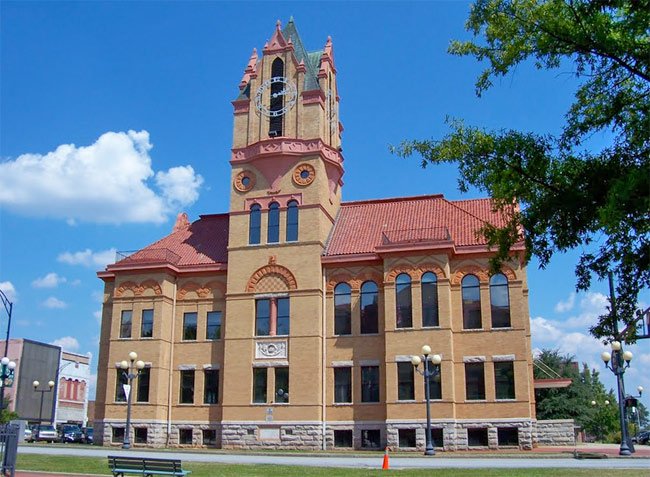 Anderson County now has a “new” (fourth) courthouse, which is located across the street from the old one. We are eager to learn more about Anderson County’s various courthouses, so if you have any info, please let us know. 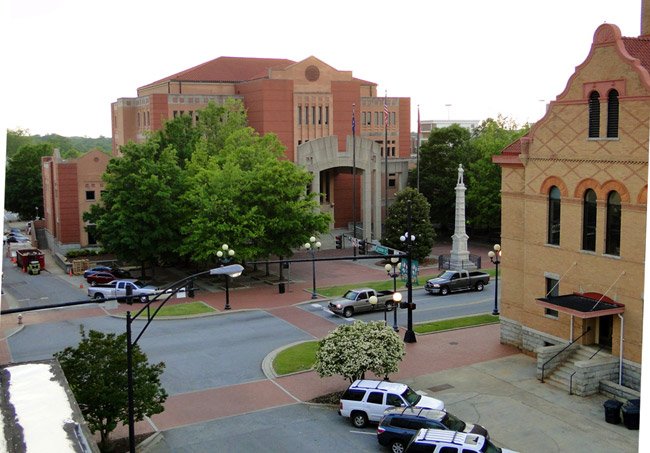 Daphne Singleton of Anderson, 2013 © Do Not Use Without Written Consent

The Old Anderson County Courthouse serves as the centerpiece of the Anderson Downtown Historic District and is listed in the National Register. Its architecture is described as follows:

The third Anderson County Courthouse, this Eclectic style structure was constructed in l898. Features of this three- story building include curvilinear gables, decorative brick work, a central clock tower, arched windows with stone sills, a raised basement, and tile roof. The courthouse underwent major renovation in l939. At that time, a tower on its right side was demolished and replaced with a wing identical to the left side.