This former warehouse in downtown Anderson was built in 1909 for the Sullivan Hardware Company. The hardware company, which initially sold general merchandise, was established in 1875 by James S. Sullivan and his uncle C.S. Mattison. By 1885 the store had turned solely to hardware. It prospered, and by 1909 the Sullivans had opened a branch in nearby Belton. They also constructed this three-story Romanesque Revival warehouse. The business continued to blossom for much of the twentieth century, with branches and warehouses in several Upstate cities and North Carolina. The company closed in 1986. Today the former Anderson store serves as a restaurant called Sullivan’s Metropolitan Grill, and the historic warehouse, seen here, is the home to the Anderson Arts Center. 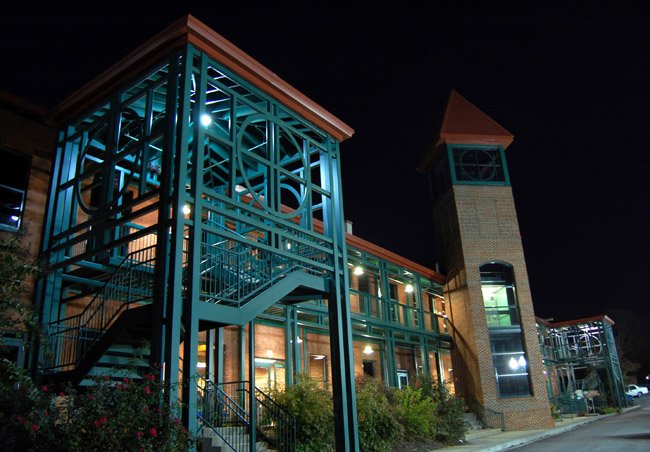 Glenn Brill of Anderson, 2012 © Do Not Use Without Written Consent

The Anderson Arts Center, which also operates the Caroline Stringer Rainey Gallery in the historic Anderson Carnegie Library, bought the warehouse in the early 2000s. After restoring the building, the Anderson Arts Center moved into the warehouse in 2006. The former warehouse now hosts exhibits, events, classes, and a cooperative gallery called Bay 3 Artisan Gallery. The building also serves as the Anderson Convention and Visitors Bureau and houses several other organizations as well.

The Anderson Arts Center is listed in the National Register as the Sullivan Hardware Company Warehouse within the Anderson Downtown Historic District:

The Anderson Downtown Historic District is primarily significant as a well-preserved late nineteenth/early twentieth century commercial area. The district retains a typical town plan with a courthouse square in its center, as well as numerous good examples of Victorian, Romanesque Revival, and Beaux Arts commercial architecture. Anderson, incorporated 1833, is also significant for its role as a commercial, governmental, and cultural center for Anderson County. The Anderson Downtown Historic District is comprised of approximately 97 commercial structures, the County Courthouse, the Anderson City Hall, a Victorian fountain, and two historic monuments. The brick constructed structures date primarily from the late nineteenth and early twentieth centuries, and are located in the heart of Anderson’s central business district. The courthouse and surrounding square serve as the focal point of the historic district.

The Balloons Over Anderson event takes place every year with the Anderson Arts Center participating as a sponsor. The event features hot air balloons and is dedicated to helping the public understand how they operate, as well as educational experiences about other air-related activities. All proceeds benefit local charities. Photographer Craig Childress Johnson shared the following about his gorgeous photo below: “I have been photographing balloon festivals for twenty years here. I never tire of their magic. This particular image was made during the Balloons Over Anderson Festival in 2013.” 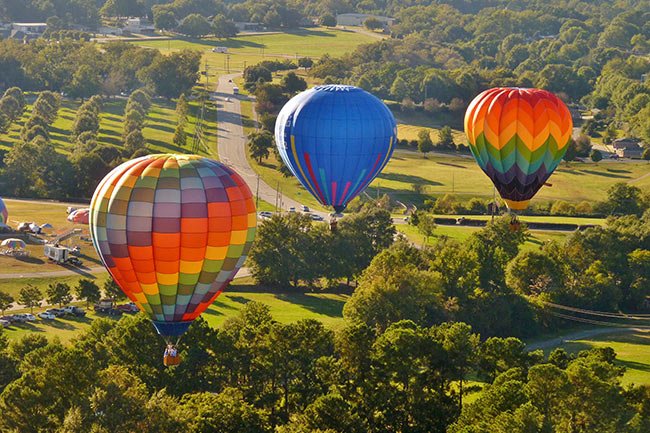 Craig Childress Johnson of Anderson, 2013 © Do Not Use Without Written Consent