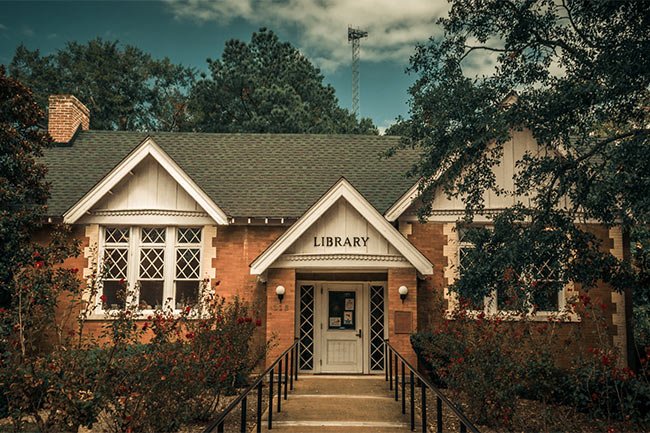 In 1907 the Honea Path Library Association was formed. Many libraries began as societies or clubs as a way to collect books and eventually make them available to the public. Local teacher Jennie Erwin became an active advocate for the construction of a library in town and pushed for a Carnegie grant to realize her vision. 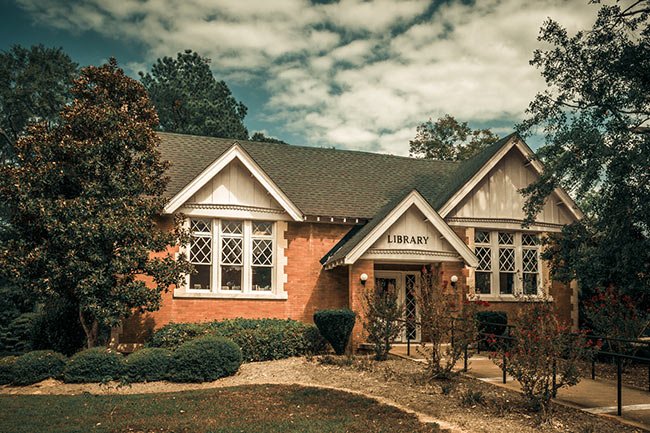 With the support of then-mayor John Humbert and Dr. John Wright, Erwin was successful in obtaining the funds for a library. At the time Honea Path was the smallest town in the United States to house a Carnegie library. The library was renamed for Erwin in 1958 when it became part of the Anderson County library system. 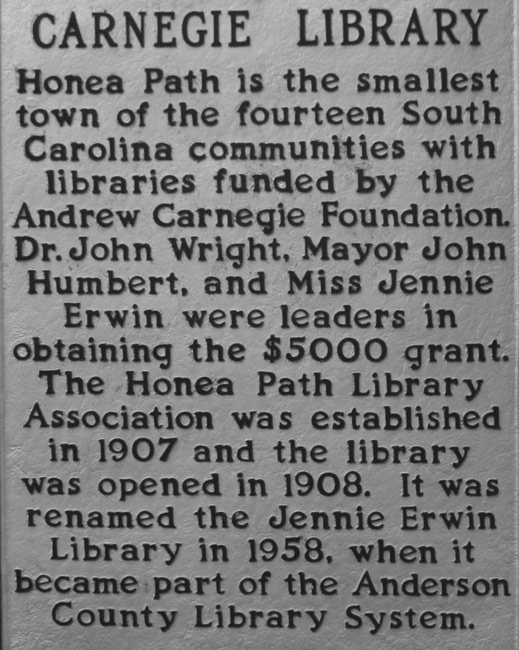 The Jennie Erwin Library is one of five South Carolina Carnegie libraries still in use as a library. 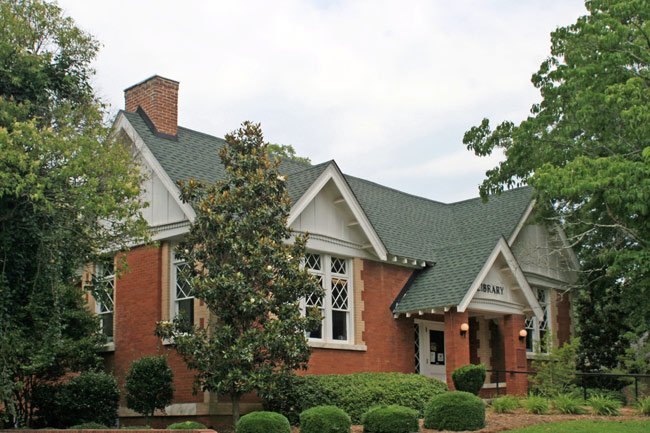 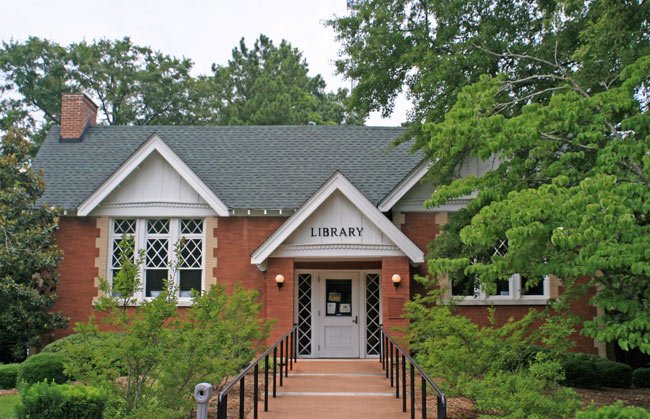