Also known as Guess Farms, this dairy farm in rural Denmark was founded by James Barre Guess, Jr. in the early twentieth century and operated by the Guess family for three generations. The farm raised Guernsey cattle by the Edisto River and was known for its “Golden Guernsey” milk. By the 1930s an Edisto Farms distribution center was operating in Columbia. 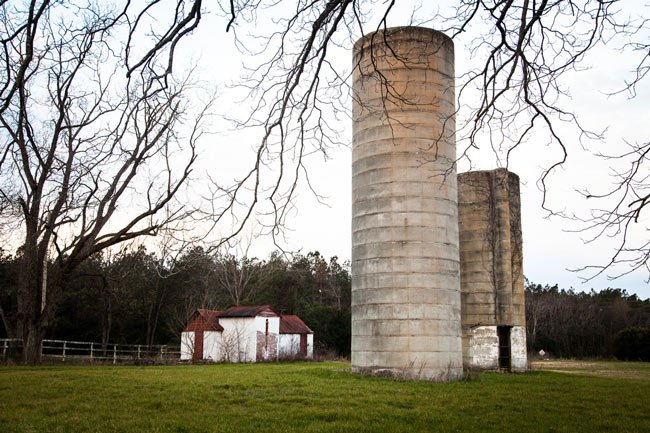 Guess was known nationally for his talents at raising cattle and in 1953 was given the Master Farmer Award by the State of South Carolina and in 1958 recognized as one of the country’s outstanding dairymen by the American Guernsey Cattle Club. Edisto Farms was bought out by Coburg Dairy in 1969. (The former dairy farm should not be confused with a goat farm in Ridgeville, also named Edisto Farms.) 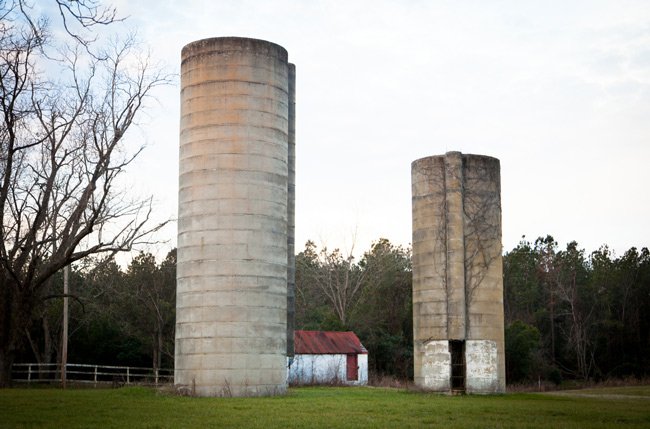 Contributor Treva Thomas Hammond of Rock Hill tells us, “This is the scene that greets visitors as they enter the town of Denmark, South Carolina. The silos stand guard over the former Guess Dairy Farm.”