The Ashley-Willis House in the Barnwell County hamlet of Williston is an example of a gable-front Greek Revival home, rare in South Carolina outside of Charleston. Though the year the home was built is unknown, historians believe it was around the time that the Charleston-Hamburg line of the South Carolina Canal and Railway Company was completed in 1833. The line included a stop in Williston. 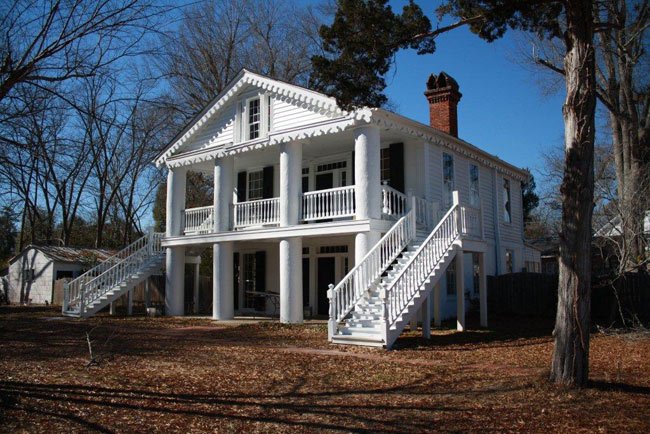 John Ashley purchased 250 acres of land in the Barnwell District in 1802, including the tract on which the house sits. While many speculate that Ashley was the home’s builder, records show that he left the area prior to 1820. Details of the house point to a later construction date. However, many of his relatives remained in the Williston area and acquired his properties. It is suspected that an Ashley family member built the home in the 1830s, when the Greek Revival architectural style was popular, and when property along the railway – where the Ashley-Willis House sits – was of highest value. 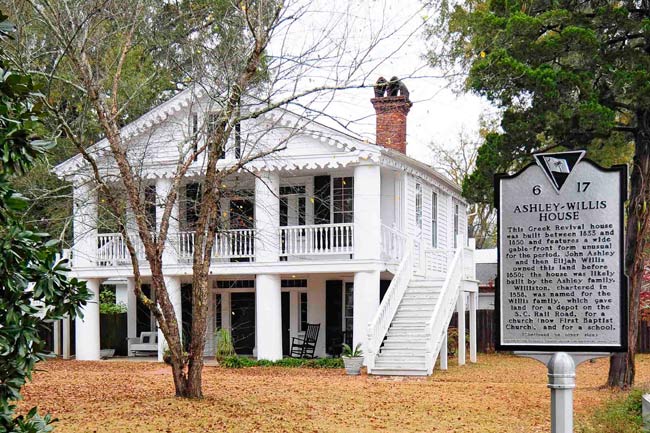 Elijah Willis, son of Williston founder Robert Willis, owned the property by 1850. Like his father, Willis was a wealthy cotton planter and owned land throughout the area. The 1850 census record shows that he owned 34 slaves that year. In December of 1850 he sold the home, and from then it changed hands many times, sometimes falling back into ownership of Willis relatives. 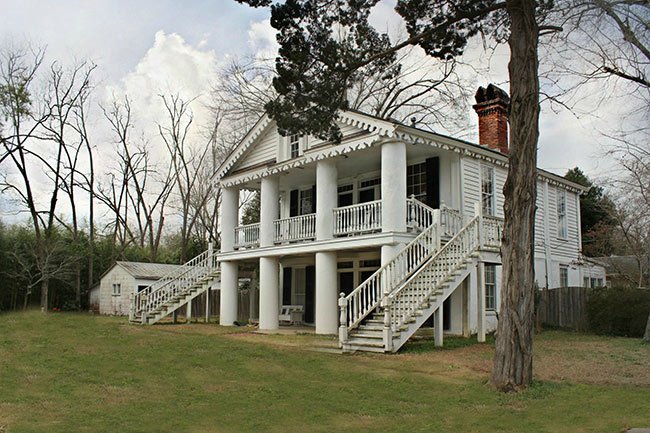 Darlene Shealy Harmon of Gilbert, 2019 © Do Not Use Without Written Consent

Because of its location between both the South Carolina and Augusta (Georgia) Railways, Union officer General Judson Kilpatrick occupied the Ashley-Willis House during the Civil War in February of 1865. Federal troops destroyed the railroad tracks and also burned much of the town. Fortunately, this home was spared. After the war, the residence was reclaimed by owner Hollis Johnson, who had purchased it just before the Union occupation. It remained in the Johnson family until 1917.

The Ashley-Willis House is listed in the National Register:

The Ashley-Willis House is significant as a rare example of an intact gable-front Greek Revival residence in South Carolina. The two-and-a-half story home with a unique gable-front form was probably built for the Ashley or Willis families between 1830 and 1850. Although more elaborate examples of the front-gable form were built in Georgia and Mississippi, very few were built in South Carolina. In fact, residential Greek Revival architecture such as this is uncommon outside of Charleston. The first story is composed of brick covered with stucco, while the second story is sheathed in weatherboard.

Four massive brick unfluted Doric columns support a two-story, engaged porch. Emphasizing the Greek Revival style are fluted pilasters on the corners of the façade, decorative molding around the attic tripartite windows, and double doors on the first and second story. Another prominent feature on the façade is a tripartite window in its pediment. Several elements suggest late nineteenth or early twentieth-century alterations including a decorative cornice that continues along the gable ends and side staircases to the second-story porch. The rear elevation was altered during the mid-twentieth century with a one-story, one-room addition that extends across the full façade. A small, hipped roof bathroom addition was constructed between 1922-32. The Ashley-Willis House sits on its original lot, located between the rail bed of the former South Carolina Rail Road and US Highway 78. The house faces downtown Williston. 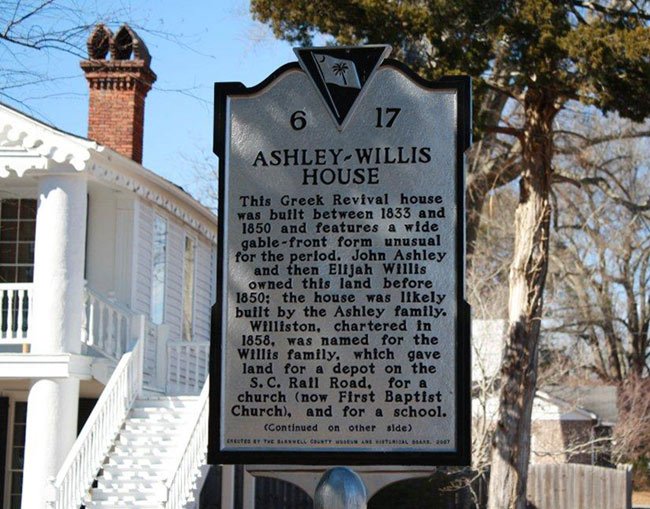 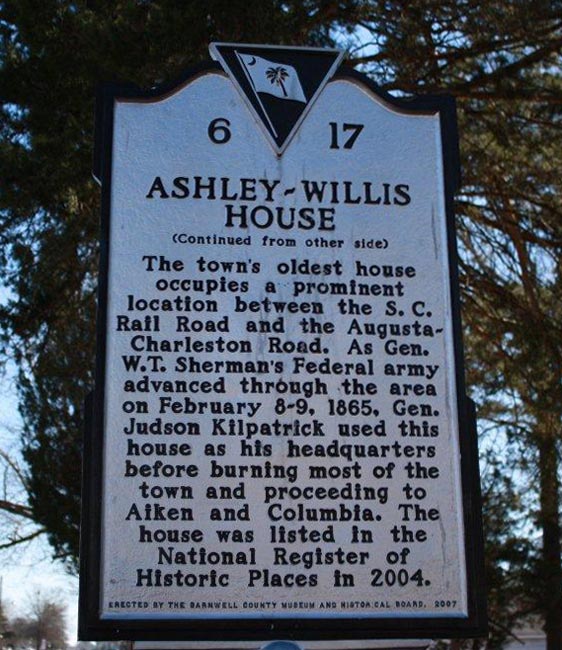