Photographer Lamar shares: “Whale Branch is a picturesque river that winds northeasterly from the Broad River to the Coosaw River. The Branch crosses under US 21 at Seabrook, which has a broad marsh and lovely grass islands along both of its shores.” 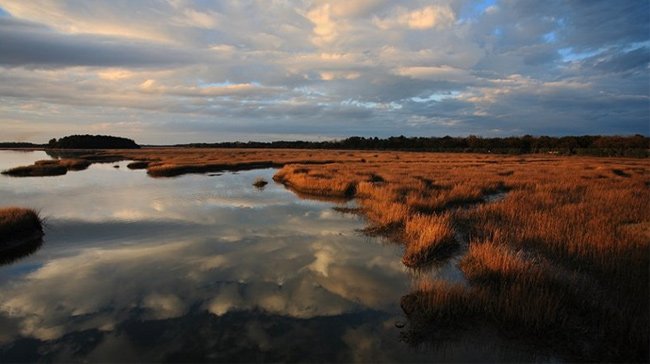 Lamar Nix of Seabrook, 2009 © Do Not Use Without Written Consent

“The origin of the name Whale Branch is unknown; however, dolphins are readily seen in its waters, causing me to speculate that early settlers may have believed the broaching dolphins to be whales. I am especially fond of the small islands of spartina grass out in the Whale Branch, shown here in their winter mantle of soft brown. The Whale Branch is mentioned in histories of the region and in naval archives of the Civil War. A ferry that connected Beaufort with the mainland also operated here for over two centuries.”