Lookout towers are becoming things of the past as satellites and other technology replace human eyes as a means to detect wildfires. Yet many lookout towers, such as this one in the Berkeley County town of Pineville, remain in place, though abandoned. After the Francis Marion National Forest was established in 1936 – which today encompasses 258,864 acres in Berkeley and Charleston counties – lookout towers were erected by the Civilian Conservation Corps (CCC) throughout the forest to watch for potential disasters. 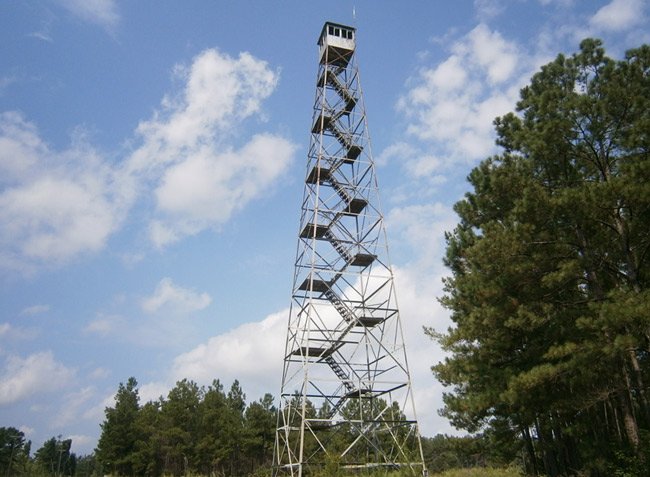 CCC enrollees usually lived near the lookout towers in houses also built by the CCC. According to the National Register’s Historic Resources of Berkeley County, those manning the towers were also trained in firefighting and in building firebreaks. In South Carolina, subsistence farmers were sometimes given farmland next to lookout towers along with a modest salary in exchange for watching for fires and assisting in fire control. 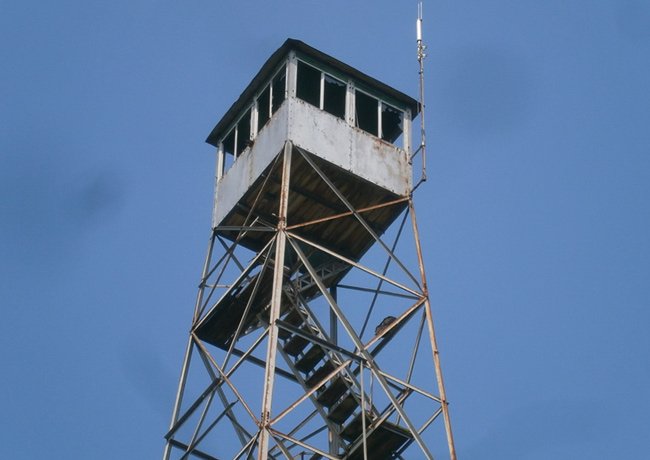 The Pineville Lookout Tower sits near an entrance to the Sandy Beach Wildlife Management Area and also along the Lake Moultrie Passage, a 26-mile segment of the Palmetto Trail. People are advised against climbing the lookout tower for their own safety. In fact, the bottom steps have been removed from the structure.