This store in Moncks Corner is the enterprise of the late Richard Roper, Jr. A native of neighboring Cordesville, Roper joined the United States Army upon graduating from high school and served for 30 years. After retiring from the military, Roper opened the rural grocery store seen here. 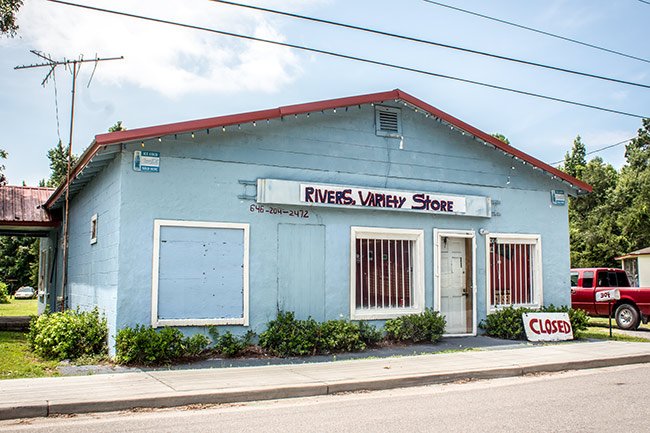 Roper was also the owner of the former Roper Wall Street Park. The park was built by Willie Powell on Roper’s land for use as a public playground and park. The park closed in 2007 when Roper decided to leave the land to his family. Roper was also known for naming several of the streets near his home. The US Postal Service refused to deliver mail to residences on streets that did not have names, so Roper took on the role of assigning names to many of Moncks Corner’s side streets.

Richard Roper, Jr. died in October of 2013. The future of the Roper Davis Grocery Store site is uncertain.