The Calhoun County Museum and Cultural Center is located along Butler Street in the Calhoun County seat of St. Matthews. Built in 1959 to showcase the historical and cultural heritage of the area, the museum boasts over 20,000 square feet of space for exhibit and research. Its extensive archives can be viewed by appointment. 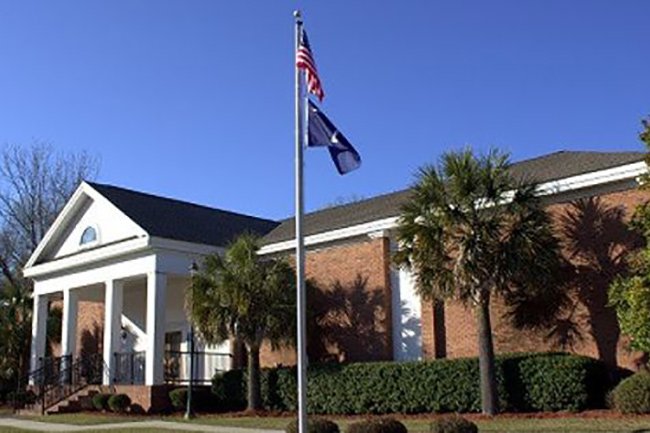 South Carolina Department of Tourism © Do Not Use Without Written Consent

The one-story clapboard structure shown below was moved to the grounds of the museum not long ago. It originally served as a slave cabin on Dantzler Plantation which sits within St. Matthews’ town limits. This cabin is set to be restored in the near future. (Note that there is another Dantzler Plantation in nearby Holly Hill.) 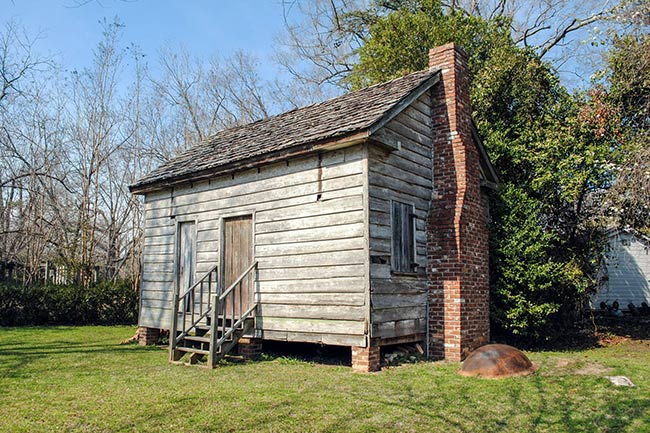 Dantzler Plantation, also known as Crutchfield House, was built in 1850 and is the oldest residence standing within the town limits of St. Matthews. The one-story raised cottage was built for the family of Jacob M. Dantzler of Orangeburg County. Jacob Dantzler’s son, Olin, a planter, moved into the home in 1852. Olin was a member of the South Carolina Senate and fought to convince his fellow legislators that a peaceful arrangement would be better than confrontation in the tensions between the North and the South that eventually led to the Civil War. Olin Dantzler later joined Confederate forces while still remaining extremely opposed to the war. The one story slave cabin seen above was the one moved to the grounds of the museum for safekeeping. 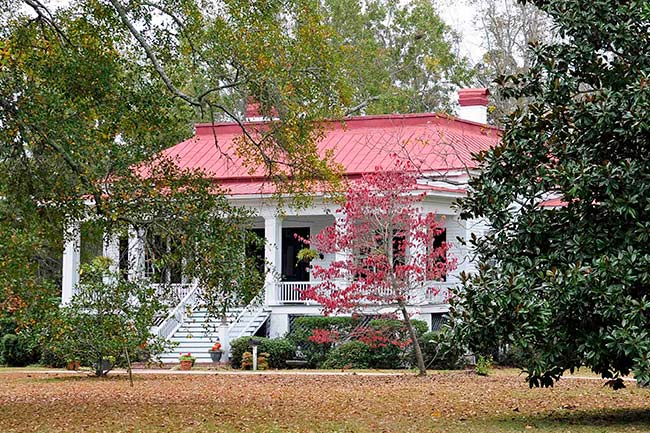 A second transplanted structure also stands on the grounds of the Calhoun County Museum. The primitive two-story house shown below is thought to have been constructed between 1790 and 1800 and serves as an excellent example of early homestead structures within the region. It was later identified to us as the Rumph Home that once stood at the intersection of SC Highway 6 and US Highway 176 near St. Matthews. It was moved to its new site, and then restored, to protect it from future damage, as vandals had destroyed the rear portion of the home. 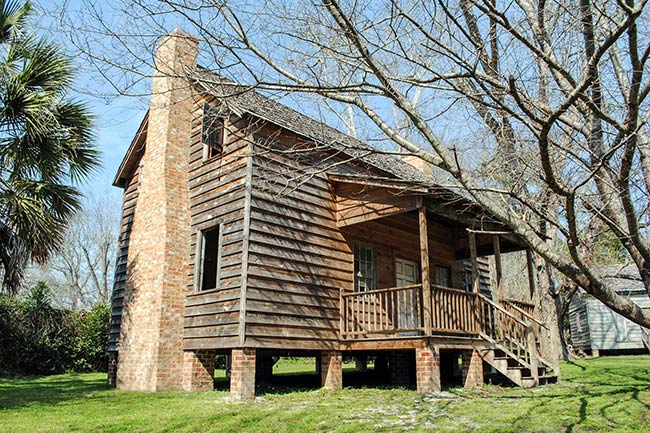 Note: We have researched the Calhoun County Museum and Cultural Center extensively and we are actively seeking more information or personal accounts. If you can add to this entry in the South Carolina Picture Project, please let us know. Thank you!