This grand home in the Calhoun County town of St. Matthews is known as the Colonel James Arthur Banks House. J. A. Banks was a noteworthy merchant, banker, farmer and leader in the town. He was known to manage a cotton farm and a store which was touted, according to his obituary, to have “the largest business of any store between Columbia and Charleston.” Banks represented Orangeburg County in the South Carolina House of Representatives between 1904-1908 and Calhoun County from 1912 to 1920. He was also president of The South Carolina Agricultural and Mechanical Society, the State Warehouse Association and the Home Bank of St. Matthews. 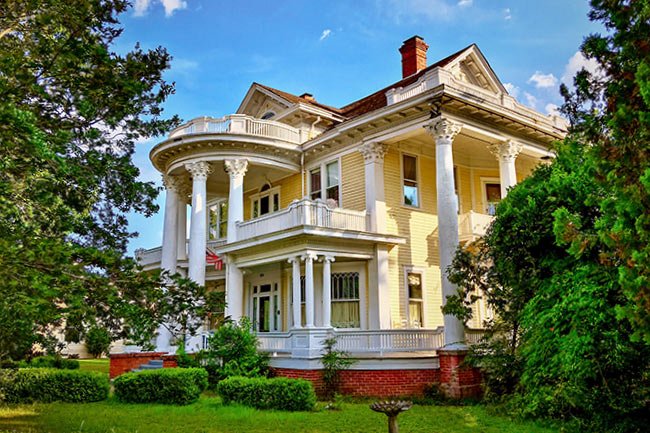 According to an old photograph, the home started in 1893 as a one story house with a gabled roof and two interior chimneys with a porch across the front. Between 1909 to 1910 the house underwent a complete transformation thought to be contributed by Banks’ son, Marion H. Banks. The house gained a second story and massive porticos and is a great example of the blending of the Classical and Colonial architectural styles. The house interior has eleven principle rooms with twelve feet high ceilings, two pantries and two and a half bathrooms originally. The oaks floors are unique in that they are laid at a diagonal. 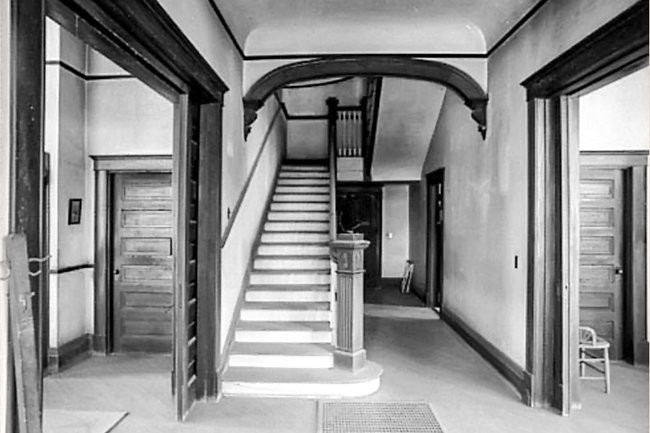 The house at the time of its National Register nomination in 1980 was said to be in poor condition. “The exterior of the Banks house is in varying stages of deterioration. Although the walls and roof appear sound, the columns and porch roofs are collapsing. Several of the colossal Corinthian columns have fallen, and most of the column capitals have crumbled.” The house remained in the original family for many years and stands in beautiful condition today still as a private residence. 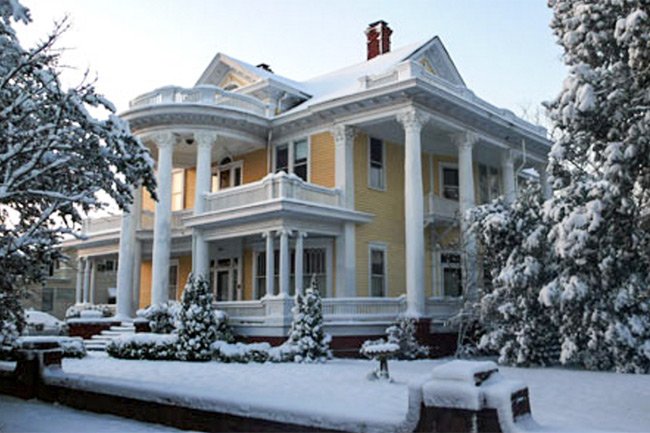 Richard Kline of St. Matthews, 2010 © Do Not Use Without Written Consent

The Colonel J. A. Banks House is listed on the National Register:

The Colonel J.A. Banks house was built ca.1893 as a residence for South Carolina State Representative and State Senator Col. J. A. Banks, and rebuilt in 1909-1910. According to an early photograph, the original house was one-story with a gable roof, two interior chimneys, and a porch spanning the breadth of the façade. With the 1909-1910 remodeling, the house took its present form. The house is significant both as a free interpretation of Classical and Victorian elements, and for its association with a locally prominent individual. This unique house was composed in the exuberant fashion common to the early twentieth century. The building incorporates certain features of the residual Queen Anne style – the asymmetrical plan, the variegated roofline, and multiple textures. Significant architectural features include: two Neo-Classical colossal Corinthian porticos; the juxtaposition of the colossal order with the lesser Ionic order on the façade; the concave recess of the second floor façade balcony, in response to the convex colossal portico; the gable pediments with Palladian windows; the elliptical arch of the stair hall; and the original leaded and beveled windows and mirrors. Two one-story, weatherboarded outbuildings are included in the nominated property: a fowl house and a workshop. Listed in the National Register January 24, 1980.

SCIWAY thanks Richard Kline, the current owner of the Banks Home, for sharing this photo and and for providing the background information.