Now firmly within Charleston County, Mount Pleasant was actually the county seat of adjacent Berkeley County from 1882 until 1895. In 1895 the county seat was moved to Moncks Corner, where it remains, and Mt. Pleasant once again became part of Charleston County, as it had been prior to 1882. This building was completed in 1884 for use as the Berkeley County Courthouse, though it has served many institutions over the course of the past century – including a Lutheran seminary, a church, a newspaper, and a town. 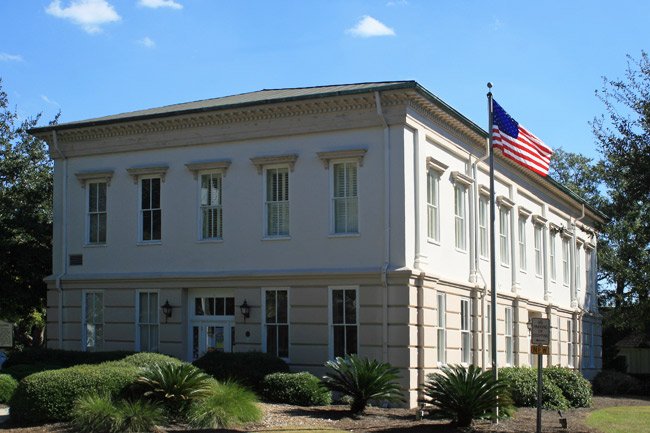 In 1898 the Lutheran Theological Southern Seminary moved here upon its separation from Newberry College, though the two institutions maintain an affiliation to this day. The seminary remained in this building until 1911 when it moved to its present location in Columbia. 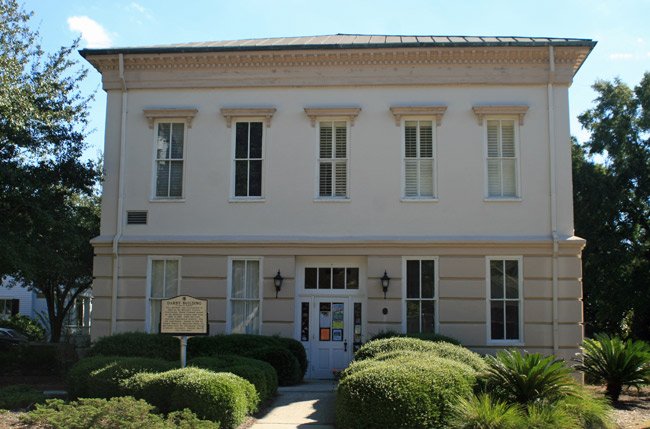 By 1917 First Baptist Church of Mount Pleasant received its charter, and the new congregation met here until 1964 when it built its present church. For a time the building was occupied by a newspaper, and in 1978 it became the location of city hall. Today the building remains under ownership of Mt. Pleasant and is used as the Park and Facilities Building. 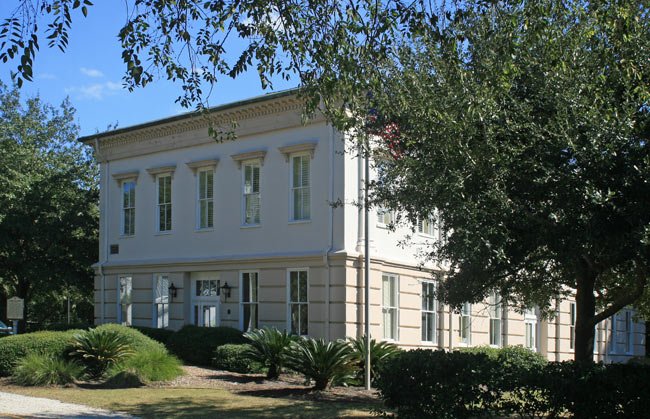 The Darby Building is listed in the National Register as part of the Mount Pleasant Historic District:

Mount Pleasant, oldest summer resort in Charleston County, is located in Christ Church Parish, formerly a district of prosperous plantations. The first settlement here was Greenwich, a 100-acre village laid out in ca. 1776 by Jonathan Scott, and Englishman who arrived in South Carolina in 1763. Scott divided the 50 acres along the waterfront into lots and set aside the remaining 50 acres as a common from which the residents could collect firewood. In 1803, Mount Pleasant Plantation was purchased from the Jacob Motte estate by James Hibben who immediately surveyed 35 village lots and founded the town of Mount Pleasant. In 1837, Mount Pleasant and Greenwich merged to form one town called Mount Pleasant. The town rapidly developed as a summer resort for the planters of the parish and later was frequented by Charlestonians as well. The buildings are varied, representing architectural styles of the 18th, 19th and early 20th centuries, including vernacular Georgian, Greek Revival and Gothic Revival examples. Early houses were simple cottages, with more elaborate houses constructed when planters began to reside in the town on a permanent basis.