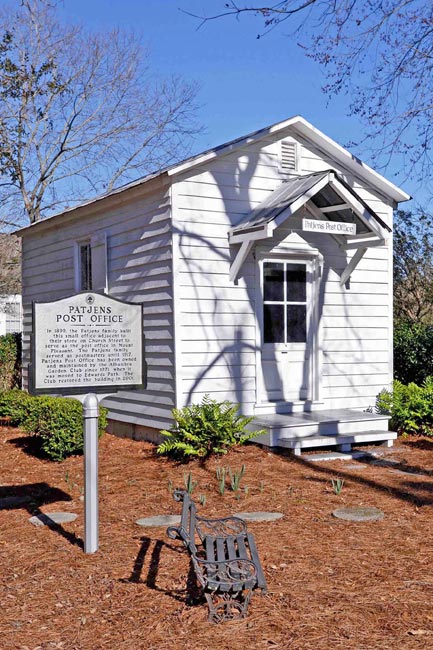 In 1971 the post office was donated to the Alhambra Garden Club by a Patjens descendant. At that time, it was relocated to its current site on the corner of Pitt and Bank streets in Edwards Park. The club restored the post office in 2001. Today park visitors can peer inside the building and see artifacts from its days as a post office.