This beautiful barrier island off the coast of Mount Pleasant has seen modest development in recent years, but a covenant among homeowners maintains that the number of homes will never exceed 150. 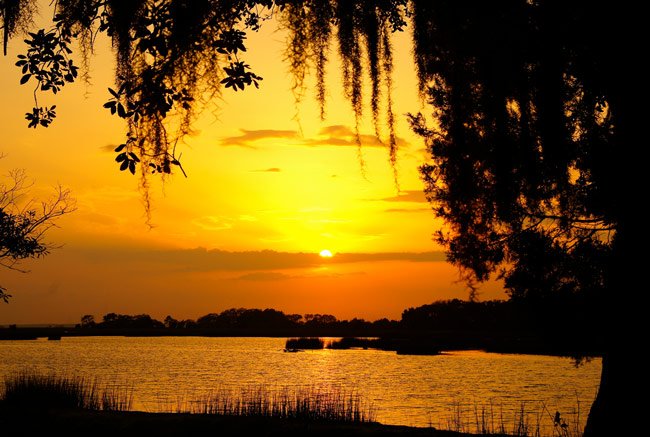 Claudia de Mayo of Atlanta, 2014 © Do Not Use Without Written Consent

Dewees Island, first called Timicau by local Native Americans, was granted to Colonel Thomas Carey in 1697 and used for hunting. By 1761 the land had been acquired by the Dewees family from Germantown, Pennsylvania, and Cornelius Dewees founded a shipyard here. 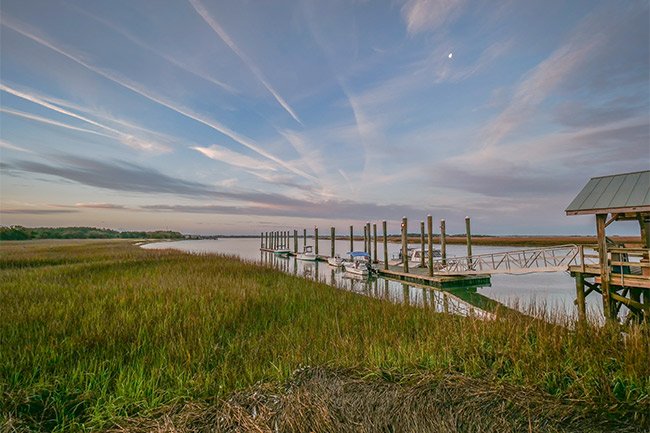 Cindy Branscome of Isle of Palms, 2019 © Do Not Use Without Written Consent

William Dewees died on the island in 1786, and the 1,200 acres of pristine land was put up for sale a few years later. 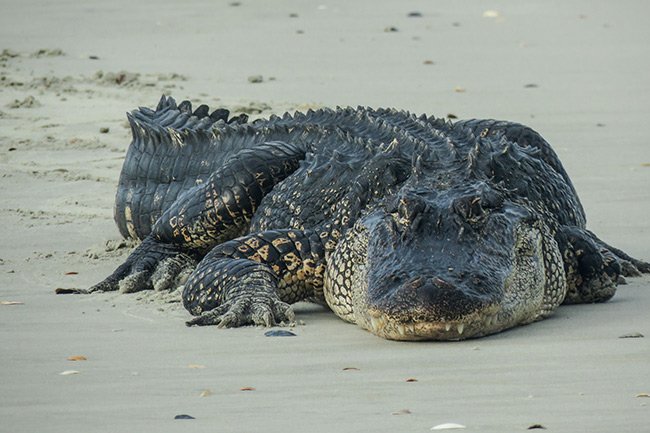 Claudia de Mayo of Atlanta, 2018 © Do Not Use Without Written Consent

In 1804 new owners divided the 1,200-acre island into North and South regions, and people began to reside on either end – mostly family members of those who had purchased the land following Dewees’ death. 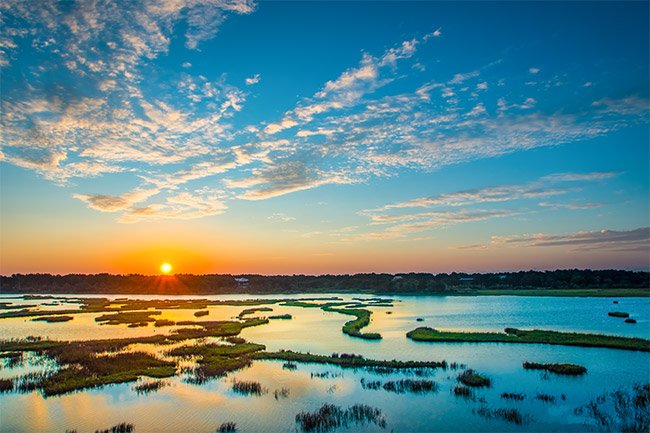 In 1925 it was bought by Coulter D. Huyer, who built a road in the 1930s connecting the north and south ends. He sold the island in 1952, and it once again became a private hunting retreat. 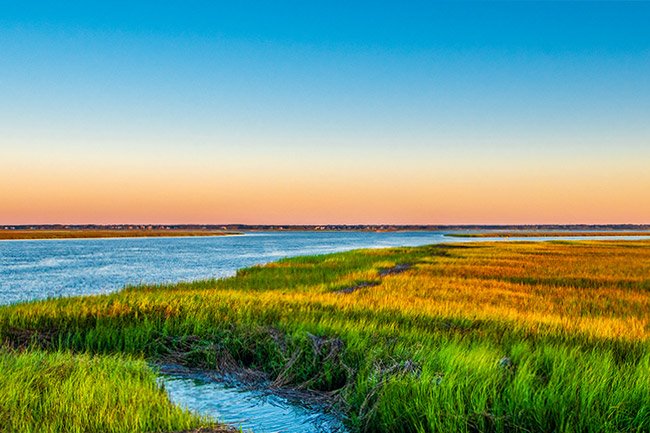 It was not until the 1970s when investors would buy and divide the island into modern residential lots, and in 1992 homeowners and developers came together to keep development to a minimum under the formation of the Island Preservation Partnership. 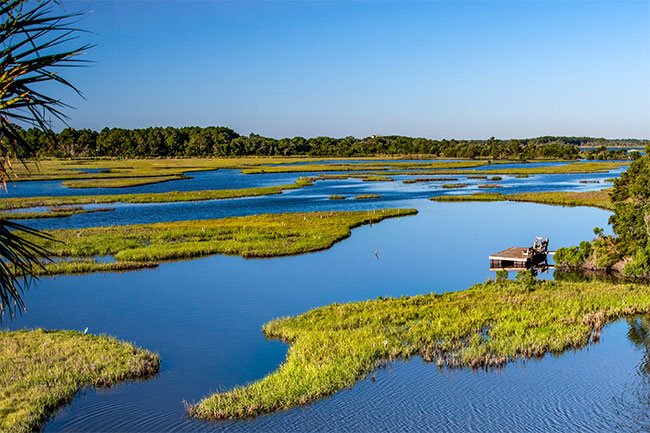 Dewees Island, which can be accessed only by ferry, is restricted to anyone who is not a homeowner, guest, or prospective buyer. The limitation of human activity on the island allows its maritime strand and native wildlife species to continue to thrive. 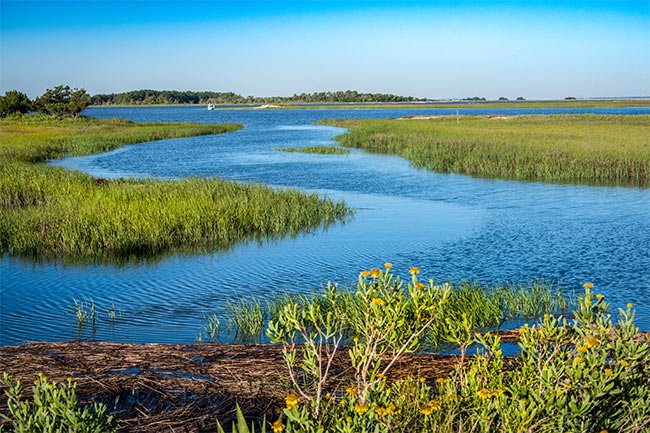 Contributor Claudia de Mayo says of her photo below, “Boardwalk tree at sunrise – I walk the beach in the morning with my dog and this is the tree at the end.” 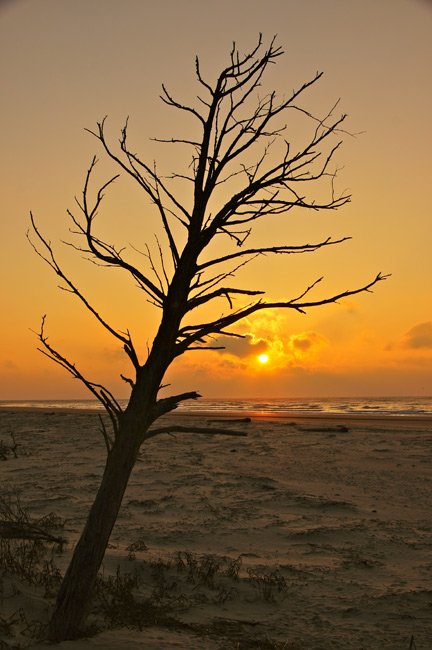 Claudia de Mayo of Atlanta, 2014 © Do Not Use Without Written Consent

Jo Marie Brown says of her photo below, “This image is a typical morning sunrise on the beautiful beach near Ancient Dunes Walk.” 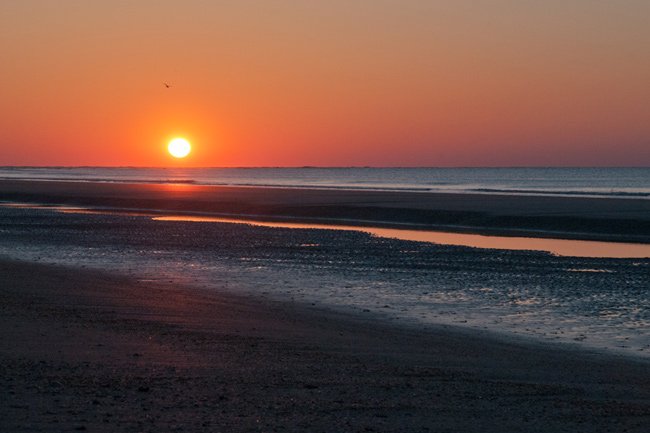 Jo Marie Brown of Lexington, 2014 © Do Not Use Without Written Consent