In January of 2014, the United States Army Corps of Engineers began a six-month-long project of pumping sand dredged from three miles offshore onto Folly Beach. The $30 million project is being funded primarily through the federal government, with the City of Folly Beach covering 15% of the cost. Proponents of the project – which is referred to as renourishment – hope to slow the erosion of Folly Beach that is largely the result of the 1895 installation of two jetties in the Charleston harbor. 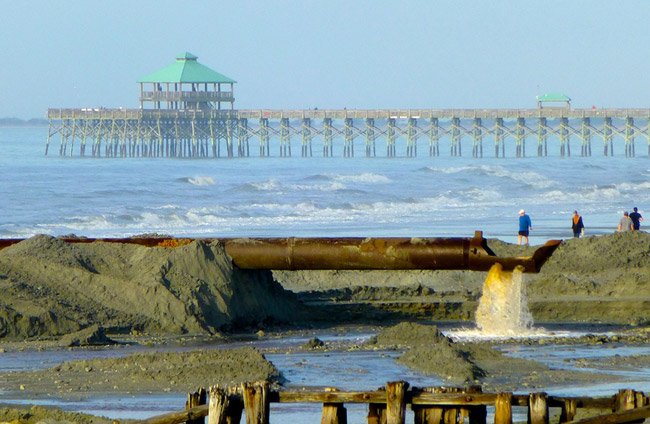 During the Reconstruction era, the harbor became exponentially more valuable than it had been in the past, as the port replaced agriculture as the area’s most lucrative industry. In order to allow large container ships into port, the United States Army Corps of Engineers built two jetties – or structures built on the ocean floor – to prevent sand from accumulating in the Charleston harbor, which would impede the ships’ movement. The three-mile-long jetties, stretching from Sullivan’s Island and Morris Island, created a safe passage into the harbor and were completed in 1898. 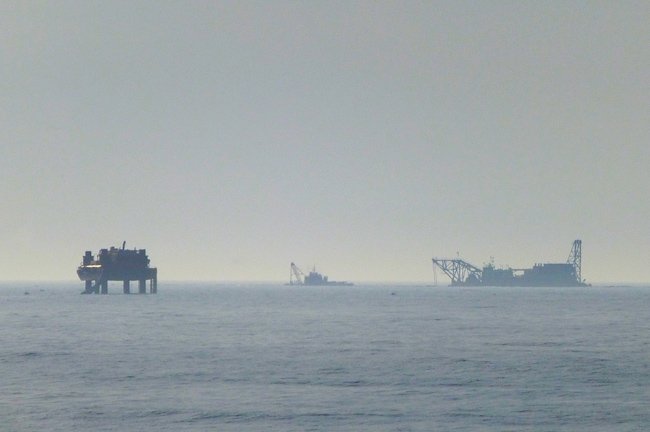 The jetties were a success. Not only did the port industry grow as a result, but the jetties actually increased the shoreline by 2,000 feet until the 1930s. The jetties created waves that pushed sandbars onto the shore, enlarging the beach. However, this effect eventually became devastating for Folly and Morris Islands as Charleston’s tidal delta was destroyed as a result, depleting these islands of their natural source of sand. Beginning in the 1930s, the islands quickly began losing shoreline. 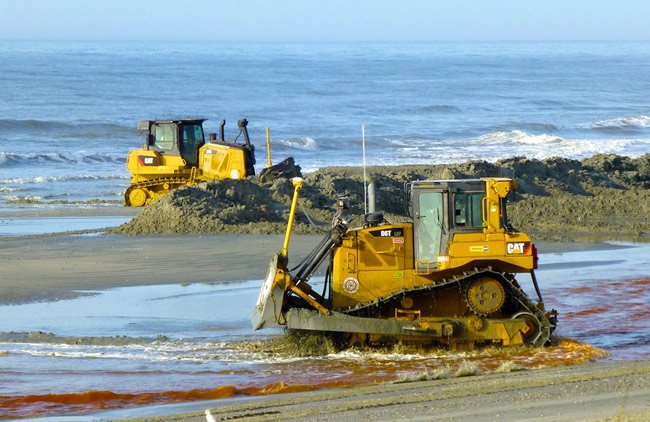 In order to resolve the issue of the rapidly-eroding islands, the 1940s saw groins, or large rocks, placed within the waters of Folly Beach in an attempt to prevent further erosion. However, the groins were destroyed during Hurricane Hugo in 1989. They were soon replaced; yet, the shoreline nonetheless continues to recede at an alarming rate of four to six feet per year. 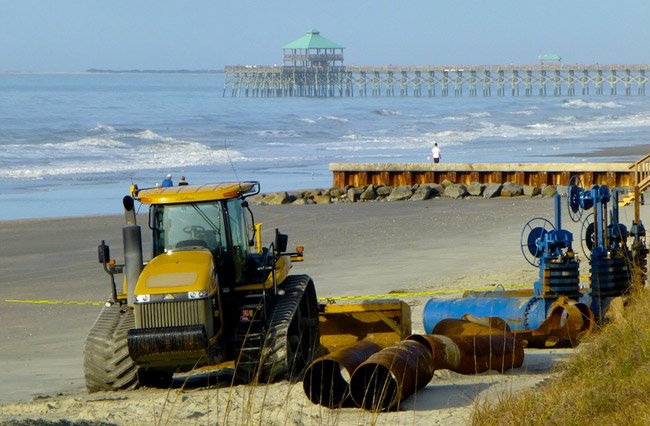 In 1993 the federal government committed to renourishing the beach by pumping sand onto its shore around every eight years until 2043. The government took responsibility for these projects because of its initial construction of the jetties, which increased the rate of erosion on the island. The first of several such projects took place that year. Unexpectedly, two-thirds of the sand that was delivered to the beach after the first renourishment effort had washed away by 1995, not to mention that the project depleted Folly Beach County Park of much of its beach. Each subsequent renourishment project has given way to fierce storms as well as the now-expected erosion that occurs as a result of the jetties. The last project was completed in 2013 as the county park underwent renourishment, paid for by the Charleston County Park and Recreation Commission, following Hurricane Irene in 2011. The current federally-funded project will cover 5.3 miles of beach and pump in 1.5 million cubic yards of sand. With a pricetag of $30 million, it is expected to be completed in June of 2014. 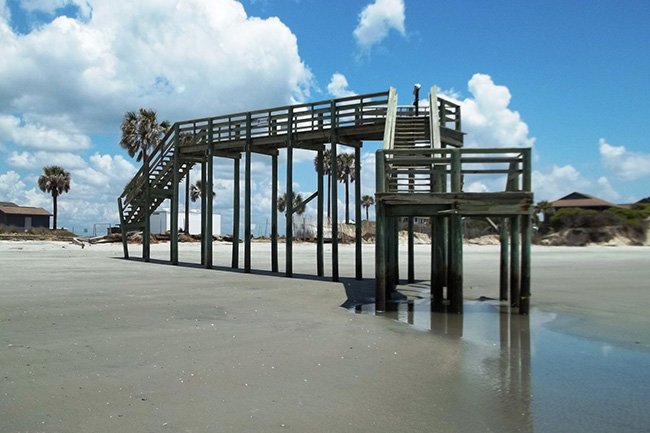 Fredric Durrette of Charleston, 2014 © Do Not Use Without Written Consent

It is important to note that the renourishment of Folly Beach has been met with controversy. While proponents argue that the jetties have increased the rate of erosion, opponents point out that longshore drift – where large quantities of sand naturally shift to the downdrift side of an island via currents and waves – would have occurred despite the jetties. Many also contend the City of Folly Beach was short-sighted in issuing building permits for homes on an unstable shoreline. In other words, barrier islands are precarious by nature, and opponents consider it unfair for taxpayers to be burdened by the cost of protecting homeowners who chose to build on an eroding beach. Proponents respond by pointing out that some of these beachfront properties (often available as rentals) bring in significant revenue for the community, either via property taxes or tourism dollars. 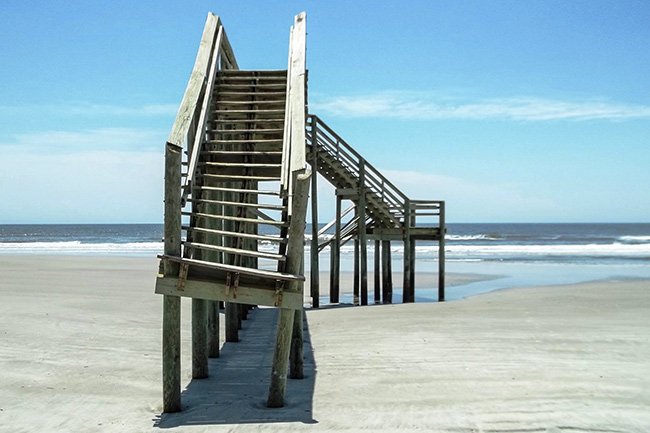 Fredric Durrette of Charleston, 2014 © Do Not Use Without Written Consent