Grace Episcopal Church on historic Charleston’s Wentworth Street possesses an unyielding beauty that has withstood more than a century-and-a-half of devastation. By 1846, downtown Charleston had four Episcopal churches, though none were in the heart of the city. Wentworth Street was central to the area during these antebellum years, so it was decided that a new Episcopal church would be constructed on this site. 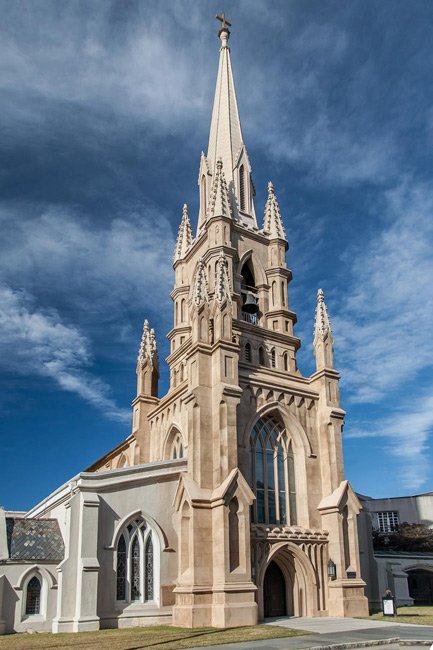 The new congregation – called Grace Protestant Episcopal – hired renowned architect E.B. White to build its house of worship. The cost of the project was to be $16,200, but this quote did not include the church’s famed steeple. The vestry then determined that it would pay the additional $3,000 for the city’s most ornate spire. 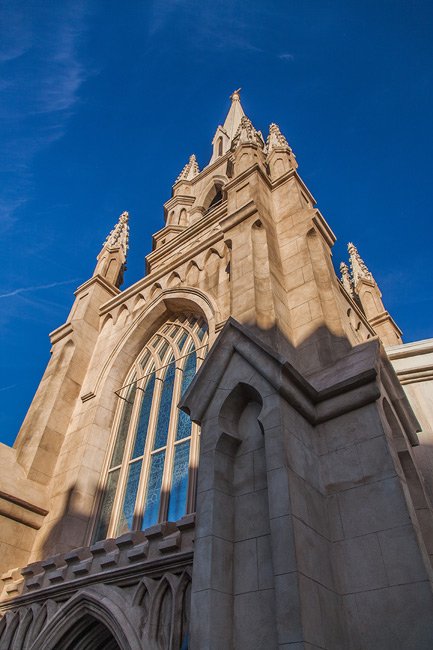 While the church awaited the construction of its building, members worshiped nearby in the College of Charleston chapel. The church was finally completed in 1848 and consecrated that same year by Bishop Christopher Edward Gadsden. 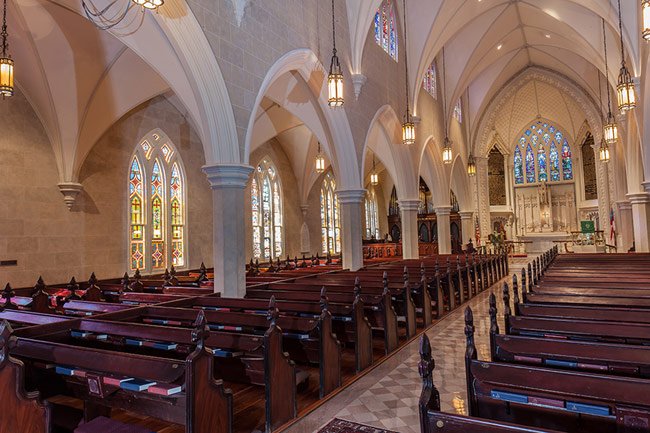 Grace Episcopal flourished over the next several years, its members enjoying a time of peace and prosperity that would last until the first shots of the Civil War were fired on Fort Sumter. Several members left the luxuries of home and comforts of worship to fight in the war, many of them never to return. 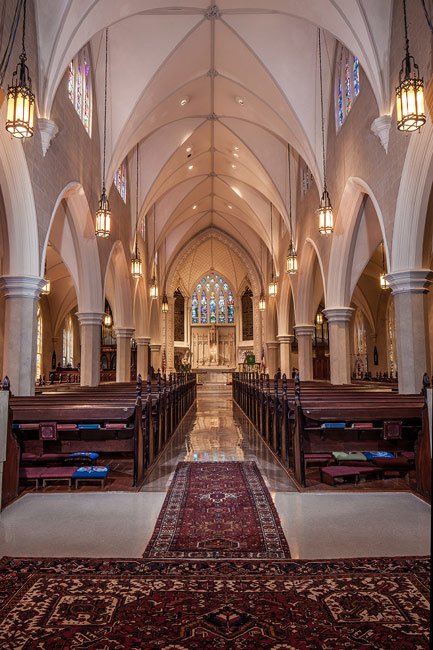 The church itself suffered extensive damage in these years of conflict. Federal troops were firing at church steeples throughout the city, easy targets that would lower the morale of the faithful when destroyed. Grace Episcopal was one church that was damaged, a single shell wiping out its central column and eradicating twelve pews in 1864. While many churches in Charleston were forced to close during the war, Grace Episcopal remained open until this incident. The church then closed due to obvious structural hazards, but reopened in March of 1865. 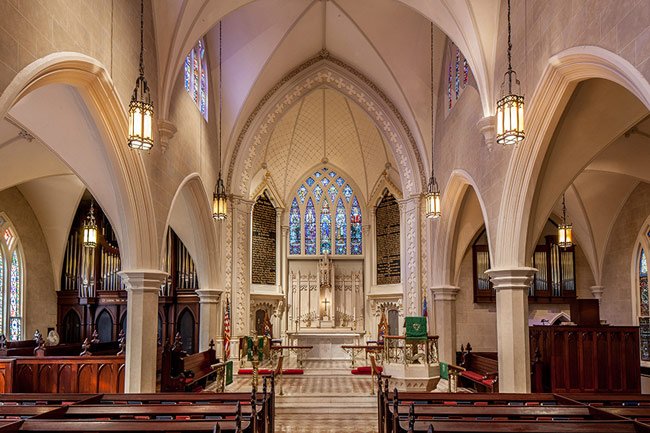 Since the Civil War, Grace Episcopal has also suffered destruction in the earthquake of 1886 as well as the hurricane of 1911, Hurricane Hugo in 1989, and most recently, the Virginia earthquake on August 23, 2011. After the 2011 earthquake the church building was closed for 13 months while repairs were made, particularly to its earthquake rods. During this time, the congregation worshiped in a variety of nearby host churches. Despite undergoing so many physical catastrophes, Grace Episcopal has rebuilt and survived each time. The most notable rehabilitation was made after the 1886 earthquake, when repairs were rumored to cost more than the original construction – including the steeple. 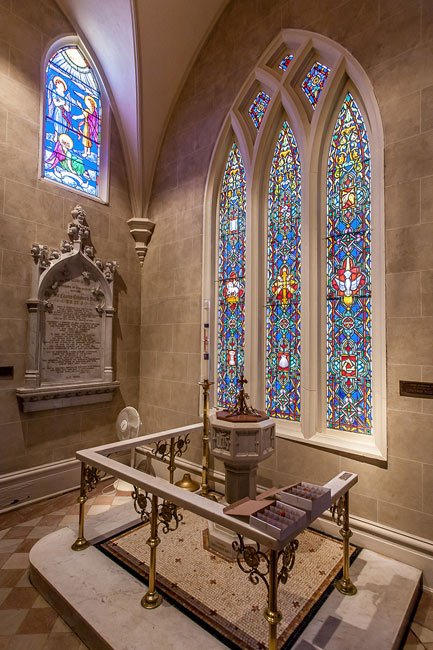 Grace Episcopal Church is also known for its exquisite stained glass windows. The glass was designed by two of the church’s rectors, Reverend William Way (serving from 1902 until 1946) and his successor, Reverend Ralph S. Meadowcroft (serving from 1946 until 1972). Today the church boasts ten church bells and a modified Reuter organ, ensuring that Charleston forever hears Wentworth Street ringing with Grace.

The above photos were taken by Benton Henry for Mashburn Construction during a recent restoration effort.

Cathedral of St. John the Baptist